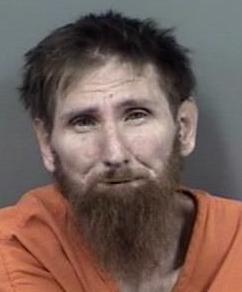 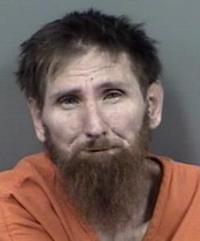 A Citrus County man sits in jail facing drug possession charges as well as his sixth charge for driving with a suspended driver’s license.

The arresting deputy reported that he stopped Gloner and asked for his driver’s license. The deputy reported that Gloner instead gave him a Florida identification card, according to the report. The arresting deputy processed Gloner’s identification through the agency’s database and found that Gloner had five convictions for driving without a license, spanning from 2006 to 2020.

A second deputy obtained probable cause to search the vehicle when Gloner’s passenger told deputies that he had a pipe that he used to smoke marijuana. The passenger pulled a glass pipe out of his pocket and showed it to the deputies, according to Gloner’s arrest report.

The arresting deputy searched the vehicle and found a black box on the driver’s side floor. Inside the deputy reported finding 0.79 grams of methamphetamine, according to the report. The deputy also reported finding another substance, weighing 0.32 grams, in the vehicle’s sunglass holder, and testing positive for fentanyl.

The arresting deputy also found 0.65 grams of marijuana in the same sunglass holder, the report stated.

Deputies arrested Gloner and charged him with two counts of possession of a controlled substance, driving with a suspended or revoked license, and possessing drug paraphernalia.