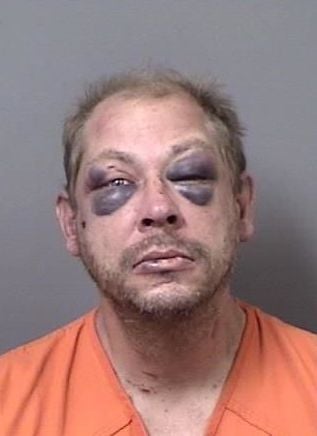 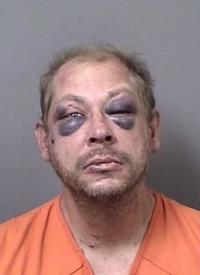 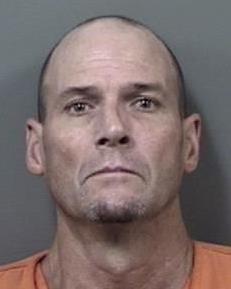 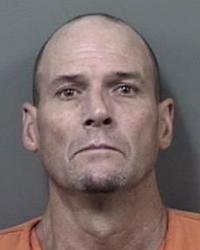 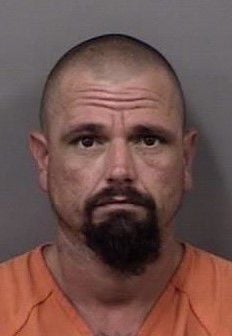 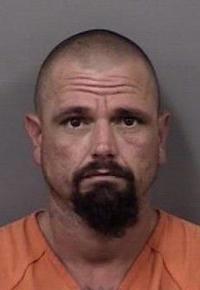 A Lecanto man facing two charges of battery and a single charge of resisting law enforcement with violence from a year ago could soon see the end of the case against him.

Brent Donald Flynn, 48, was arrested in March 2020, by Citrus County Sheriff’s Office after a starting a brawl with deputies, according to his arrest report.

During a status hearing Wednesday with Citrus County Circuit Court Judge Richard Howard, prosecutors offered a plea deal that would involve Howard withholding a conviction and Flynn serving two years of probation and to participate in a mental health evaluation.

Howard asked Flynn, “Do you want the state’s very generous offer to you?”

“It’s not going to get any better for you,” Howard said.

Flynn said he wanted to accept the offer. Howard scheduled a June 23 hearing date for Flynn to change his not-guilty plea and for his court-appointed attorney Susan Falardeau to review and finalize prosecutors’ offer.

According to Flynn’s arrest report, deputies met him while responding to a domestic disturbance at an address in the 2300 block of West Mountain Laurel Lane in Lecanto.

Deputies found Flynn shirtless with bruises across his body and face.

Deputies reported in their arrest report that he squared up to fight two deputies who were on the scene, saying he just felt like fighting.

Flynn allegedly pushed one of the deputies, according to his arrest report, and when the other deputy tried to arrest him Flynn hit the second deputy several times in the face and head. The fight continued and the two went to the ground where Flynn put the deputy in a headlock before the deputy could eventually escape, according to the arrest report.

Other deputies intervened and handcuffed Flynn as he continued to thrash about. He refused medical care and was taken to the Citrus County jail.

On the way to the jail, the arresting deputy reported that Flynn kept banging his head against a partition in the cruiser.

Also in court business, a Crystal River man facing battery on a law enforcement officer, resisting arrest, and drug possession charges will have his day in court.

Citrus County Sheriff’s Office deputies on June 21, 2020, stopped Segars when his vehicle matched that of a car involved in a retail theft.

When deputies approached Segars and said they wanted to talk to him about a theft at the Lecanto Walmart, Segars told deputies “(expletive) you I’m not telling you (expletive),” according to the arrest report.

After deputies handcuffed Segars, they searched and found 1.8 grams of heroin, 1.0 grams of cocaine and a large knife in a sheath behind on the left side of his belt, according to the arrest report. They also found a number of prescription medications, which included Alprazolam, Buprenorphine Hydrochloride, Hydromorphone and Morphine Sulfate, deputies reported. Segars could not provide a prescription for any of the pills.

When deputies put Segars in the back of a patrol car, he kicked the rear passenger side door, according to the report. He was also able to get his handcuffs from behind his back to the front and then kicked and slapped one deputy as he was being taken from the patrol car.

While being processed into the jail, staff found another baggie containing 0.6 grams of heroin in the inside of Segars’ sock, according to the arrest report.

Segars told Howard during the Wednesday hearing, “I would like to get this taken care of as soon as possible.”

Johnson faces charges of burglary of a vehicle with battery and strong armed robbery.

The case against Johnson began May 14, 2020, when Citrus County deputies responded to the Lecanto Walmart about a robbery.

The victim identified two defendants for Citrus County Sheriff’s deputies: Johnny Johnson and another man, as the people who robbed him.

On June 10, 2020, a fingerprint examiner was able to match latent prints left at the scene on the victim’s vehicle and matched them with Johnny Johnson’s prints, according to the arrest report.

Deputies arrested Johnson on June 23, 2020. The other man identified by the victim was arrested two months later.

Johnson was scheduled for a video conference with Judge Howard, but Johnson did not call in. Howard tried telephoning Johnson but the number was not working.