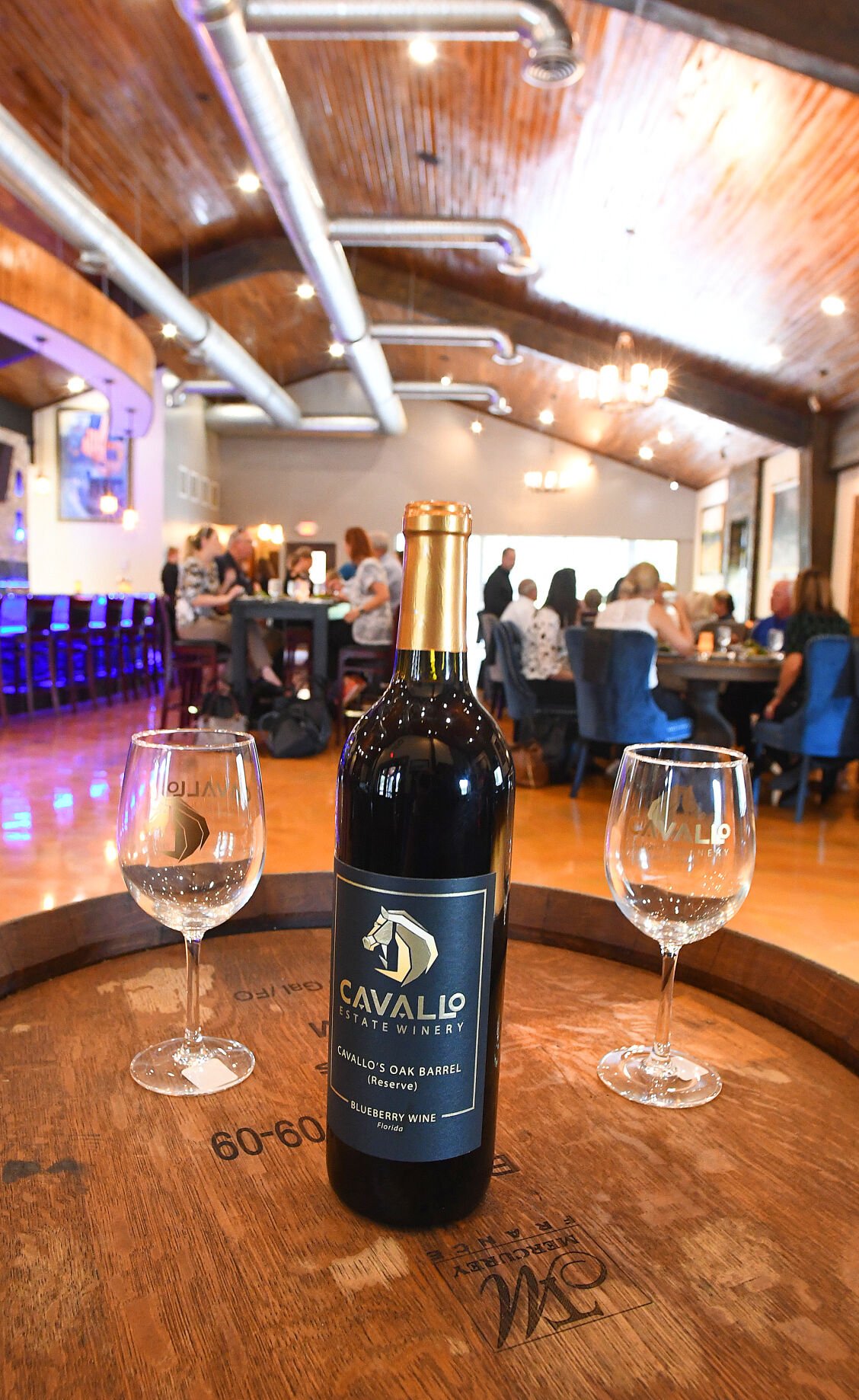 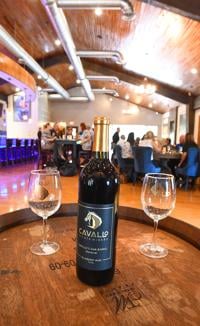 Those attending the Citrus County Chamber's bus tour pause for lunch Thursday, Oct. 15, 2020, at the Cavallo Estate Winery in Lecanto. The bus tour visited numerous businesses within Citrus County for an up-close look at each.

A tour bus arrives Thursday, Oct. 15, 2020 at the Cavallo Farm and Market in Lecanto as they make their way to the Cavallo Estate Winery adjacent to the farm and market.

Those attending the Citrus County Chamber's bus tour pause for lunch Thursday, Oct. 15, 2020, at the Cavallo Estate Winery in Lecanto. The bus tour visited numerous businesses within Citrus County for an up-close look at each.

A tour bus arrives Thursday, Oct. 15, 2020 at the Cavallo Farm and Market in Lecanto as they make their way to the Cavallo Estate Winery adjacent to the farm and market.

With apologies to country singer Willie Nelson, it was "On the Road Again” for 28 invited guests on a luxury tour bus that took them from one end of Citrus County to another.

It’s been two years since the last tour and, this time around, the bus made eight stops at businesses and future development sites that impact the local economy.

The Citrus County Chamber of Commerce every other year hosts its Business Appreciation Month Familiarization tour (BAM-FAM) and invites local politicians, business and community leaders on an all-day bus ride to economic development hot spots. A Chronicle reporter was invited on the tour.

Starting out at the Cross Florida Barge Canal north of Crystal River, the bus made its way east to downtown Inverness and back again to the Crystal River Mall, where the eight-hour tour ended.

Chamber president/CEO Josh Wooten said the main thrust of these bus tours is to show participants the rich diversity of business and industry in Citrus County.

“These are people (who) have built successful businesses,” Wooten said.

Here were some highlights:

• At the Cross Florida Barge Canal, County Commissioner Jeff Kinnard explained the proposed building of a new boat ramp. County commissioners are on board with creating it rather than trying to add more parking spaces at already crowded ramps along the coast.

Kinnard said the county is waiting on money from the $4.3 million in BP Deepwater Horizon oil-spill settlement funds to help pay for it.

• Then it was on to the Crystal River National Wildlife Refuge, where tour guests got a look at the three new state-of-the-art constructed, environmentally-friendly buildings on picturesque King’s Bay.

• The group stopped for lunch and a tour of the 40-acre Cavallo Estate Winery, off County Road 491 in Lecanto.

Cavallo has a farm/market where you can pick mostly organic produce in an open-air setting; a boutique, offering everything from eco-friendly and organic produce breads to baked goods, jams, coffees and take-home meals; the winery, best known for its blueberry wine, which it gets from its own vineyards.

“Things are coming back,” owner Phil Bomhoff told the guests assembled in the new restaurant.

Bomhoff said he currently has 15 employees but at full buildout, he expects to have 75.

Bomhoff said he could have opened his winery in St. Petersburg or Tampa but he prefers the rural expanses of Citrus County.

• Dr. Paresh Desai, a local urologist, hotelier, and restaurateur, is building a three-story, 72-room hotel on about 2 acres near Citrus Memorial Hospital — the first downtown hotel in Inverness.

Tour group members visited the site and heard Wooten explain that the hotel — a former Baptist Church that has been demolished — should be ideal for CMH workers and others.

Inverness is in need of lodging for visitors, he said. The hotel is scheduled to be done in summer 2021.

“We need industrial land and commercial property ready to ‘flip the switch’ when they come in,” he told the group.

• The next-to-last stop was at the Technology Conservation Group (TCG) in Lecanto.

Gov. Ron DeSantis announced earlier this year that TCG, off U.S. 44 at South Easy Street, will receive $559,000 to help it expand.

Local business owners in that area lauded the governor’s move because they now have the capability to hook up to sewer.

County Economic Development Director Bruce Register has said sewer hookups are a big deal because being on a sewer system can carry more wastewater and makes more practical sense when adding employees.

Rice also chose Citrus County for his business because “it’s peaceful and quiet” but close enough to urban markets in Tampa and Orlando.

The TCG facility has a global market and Rice employs 85 people locally and plans to add another 16 full-time positions moving forward.

• The tour ended at Dave Perry’s Just Amuse Me! (JAM) entertainment center at the Crystal River Mall, where tour members got a chance to sample the axe-throwing section and other games.

The center opened in May at the former Kmart space. Perry eventually plans to open arcades, mini-bowling, electric go-karts and rock climbing walls. He’s planning on a full buildout in the middle of 2021.

Other stops included the Crystal Harley-Davidson facility, which owner Steve Lamb opened two years ago, and M&B Dairy in Lecanto.

The group made one unscheduled pit stop: the site of a proposed 20-bed inpatient Baker Act facility, which LifeStream Behavioral Center wants to build in Lecanto near the Citrus County Detention site. The group also heard about plans to build an animal shelter, also near the jail site.