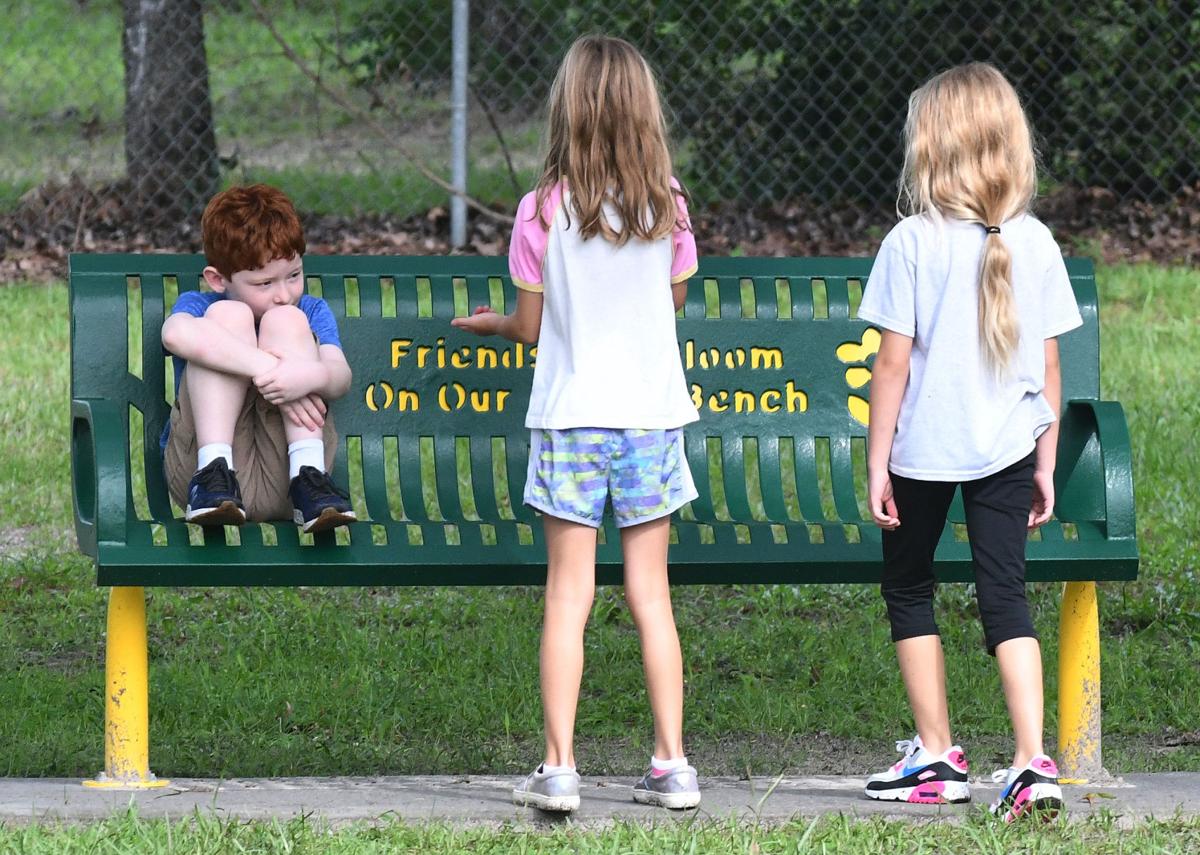 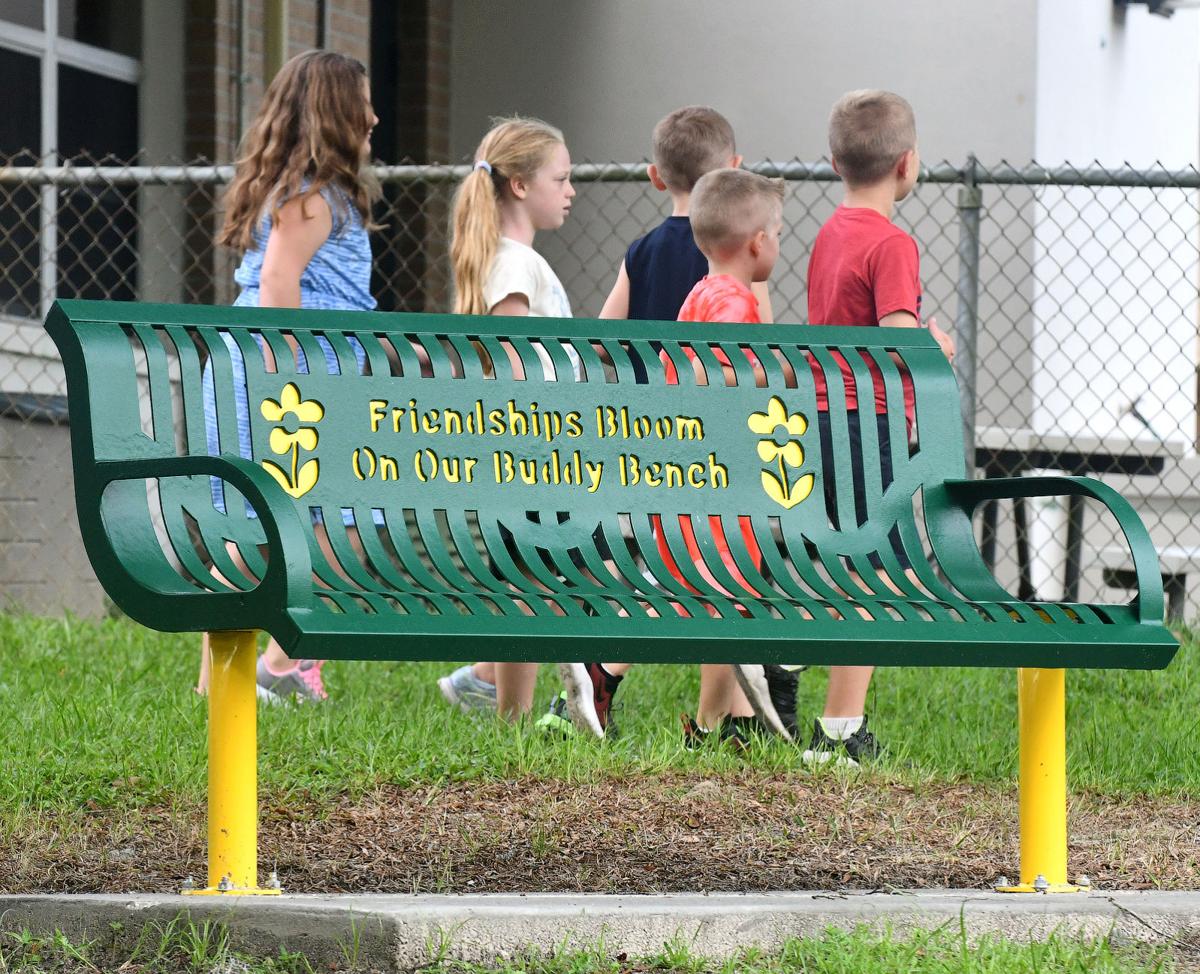 A second Buddy Bench is located on the opposite side of the Lecanto Primary School playground.

A second Buddy Bench is located on the opposite side of the Lecanto Primary School playground.

Thanks to the “buddy benches” on the playground at Lecanto Primary School, it took less than a minute for Evan Moga to find a friend to play with at recess Monday.

As Evan explained, “If you sit on the buddy bench, people come up and ask you if you want to play. I was on the bench and Hunter came over to play with me — I knew him before from my old class.”

The two benches, one at either end of the playground, are new this year, a project of the school’s Parent Teacher Organization (PTO).

“Our focus as a school district is about building relationships, and in the classrooms we have a number of things that we do,” said LPS principal Vicki Lofton. “We have a transient population, and new students are constantly coming in, and this is an opportunity for them to know there’s a place they can go to meet other kids when they’re outside on the playground.

“Elementary school kids don’t always know how to approach other kids,” she said. “It’s not always instinctual to be able to say, ‘I need a friend.’”

The idea for the benches came as longtime LPS PE teacher Diana Bandhauer retired and didn’t want a fuss made over her.

“Yet we wanted to honor her,” said Heather Papryzycki, LPS STEM teacher and PTO co-vice president.

The second bench is in memory of Debbie Roopani, a teacher who died last school year.

To introduce the students to the buddy benches, on the first day of school Lofton went on the school’s Morning Show and told the students that they were there for anyone who needed a friend to play with.

She told them to watch the benches, and if they see someone sitting there, to go right away and offer their friendship.

Also on the first day of school, as LPS 5th grade teacher Theresa Isselhardt was on the playground, she saw a boy sitting on one of the benches. Almost immediately, two girls went right over to him and started talking to him.

She took a photo of the interaction and posted it on Facebook, which got a lot of notice.

This past Monday during the 30-minute recess for 2nd grade classes, the bench closest to the swings was busy, with kids — some in pairs and trios — sitting down and then quickly joined by others.

No one sat alone for very long.

“Me and my friends sit on the buddy bench sometimes,” said Maci Kaufman. “We always go on there and we wait and some people will come.”

She said she and her friends sometimes sit there to let kids know they’re willing to be other kids’ friends.

“The kids have taken it upon themselves to sit and offer themselves as friends, which is something I hadn’t envisioned,” Lofton said. “And this is not just a little kid thing, but the older grades too — I could not be more pleased how it’s turned out.”

This is such a wonderful idea. As an adult, I wouldn't mind a few of these for grown ups in grown up places. I have a hard time making friends.