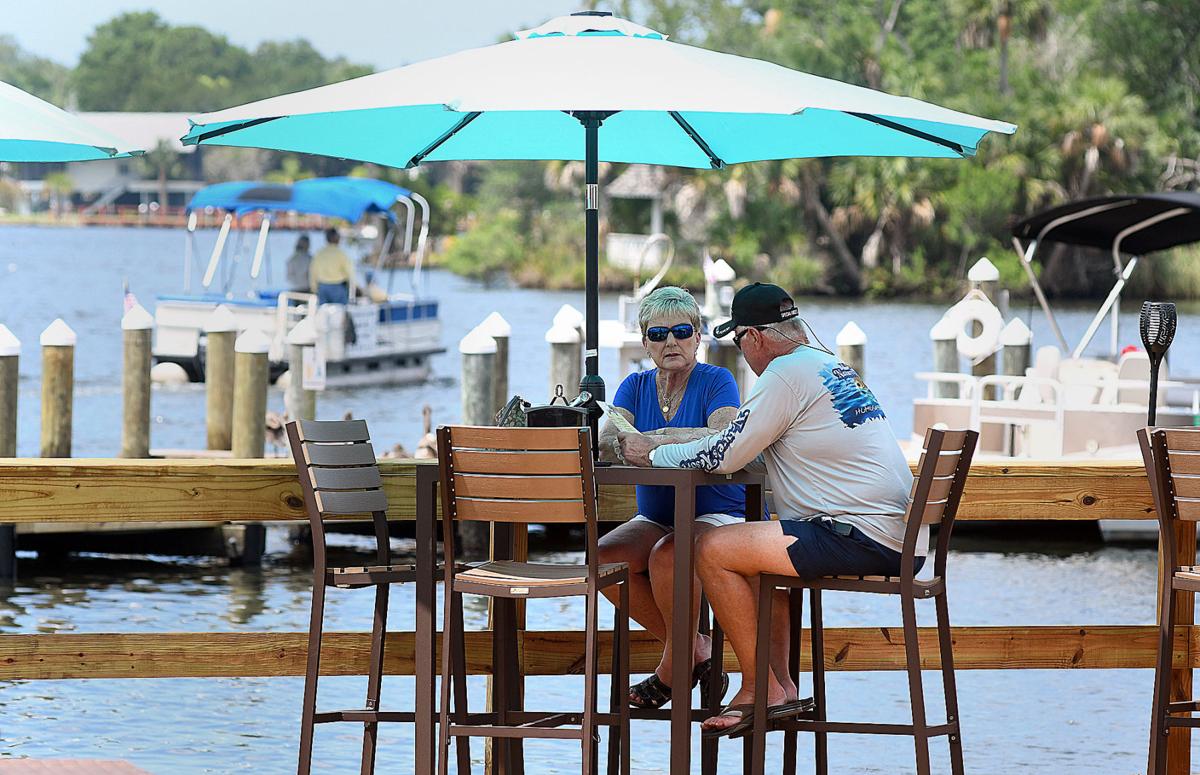 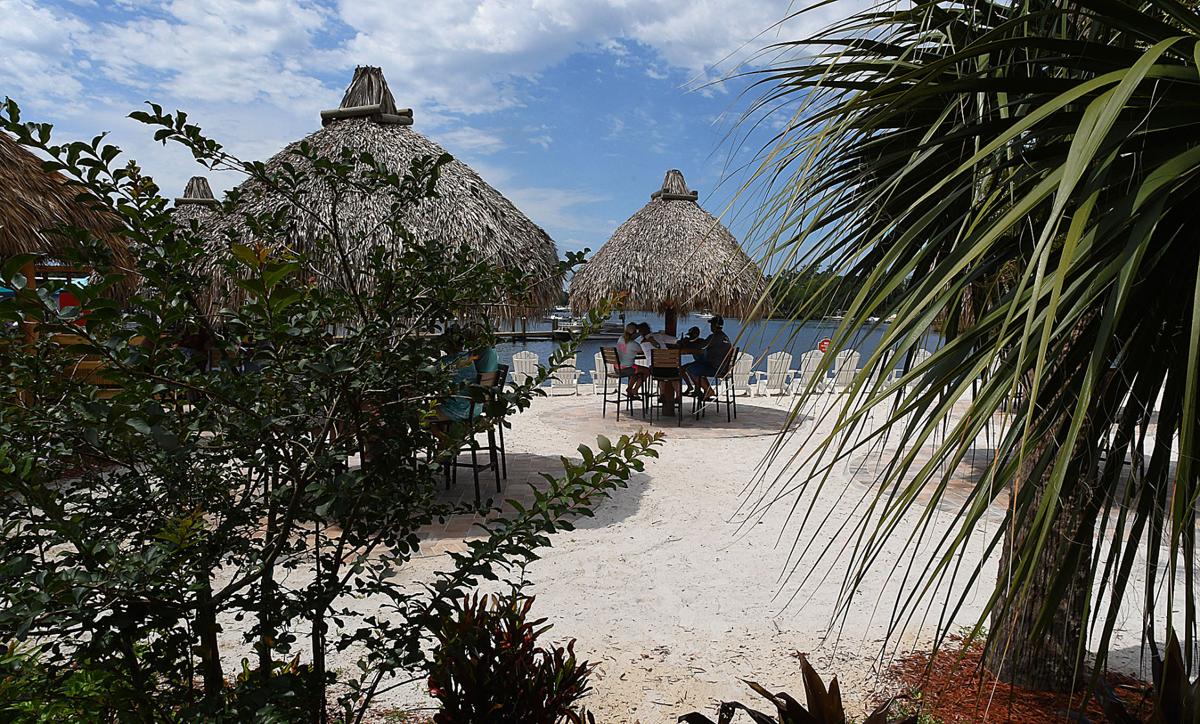 Patrons take in the view of the Homosassa River while eating lunch Thursday, May 21, 2020, at Crumps Landing Waterfront Tiki in Homosassa.

Patrons take in the view of the Homosassa River while eating lunch Thursday, May 21, 2020, at Crumps Landing Waterfront Tiki in Homosassa.

It was the day Laurel Birch of Crystal River had been waiting for since last July, when a fire forced Crumps Landing to close.

Thursday morning, Birch joined other longtime Crumps customers and newcomers alike in welcoming back the county’s tiki-themed restaurant and bar at 11210 W. Halls River Road on the Homosassa River.

“It’s special,” Birch said. “It’s different. We don’t have anything like it here.”

The crowds started trickling in shortly before 11:30 a.m. hoping to escape the heat at one of the tables near the river. Folks seemed happy to see that the overall ambience of the place was the same.

There were the familiar statues of manatees, pirates and parrots scattered around the bar and dining areas. There was the 1935 GMC panel van at the entrance.

There were some changes, probably the biggest being the absence of the mobile cooking trailer, which is where a fire was to have believed to have broken out around noon July 13, 2019. The large tiki burned along with the bathroom area adjacent to it.

No one was injured, but 139 employees were left without jobs.

There was no damage to the gift shop or little bar by the river, and both were back in their old places for Thursday’s reopening.

“It was devastating,” Bill Blackwell of Citrus Springs said of the fire. “I couldn’t believe it.”

Blackwell boated over with friends for the event and planned to sample some delicacies from the reworked menu.

Kenny and Linda Newsome said the opening of Crumps Landing is exactly what Citrus County and Homosassa needs to relieve the tension built up in so many people from the coronavirus pandemic. Being by the water, watching the pelicans, seeing boats go by and enjoying the breeze is a great tonic from the congestion and worry, Linda Newsome said.

The Newsomes and other guests said they were not worried about venturing out with the coronavirus still hanging as a threat over the nation. Few masks were in evidence but the wide-open outdoor spaces lent itself to social distancing.

Crumps general manager Bryan Craig said he took extra care to remove fire hazards and the removal of the mobile kitchen goes a long way toward that end. He showed a Chronicle reporter the new indoor kitchen, complete with new equipment.

The whole place, he said, is more streamlined while retaining the charm of the old Crumps Landing.

“I’m just so excited to bring the people back here,” Craig said just minutes before reopening.

Employees went through a couple dry runs with family members and friends before Thursday's reopening.

“We have a great plan in place,” Perr said. “We have great management.’

For Felicia Forget of Homosassa, Thursday was even more special because she and her husband got married on the property in 2012 — before it was Crumps Landing.

“It’s nice to see Crumps thriving again,” Forget said. My husband and I affectionately have a sentimental history here.”

Anthony Vascimini, front of house manager, said the management team at Crumps started there in lower positions — servers or bartenders — and worked themselves up.

“We’ve seen Crumps from a lot of different perspectives,” he said. “We saw changes needed and things needed to be done to make it better. We’ve been able to put a lot of work into every aspect of Crumps to make it feel like home and a lot better.”

Many familiar faces are back to add a sense of continuity.

“We have a handful of servers who were here before the fire (and) we’ve added what I feel is a really good bunch of people who will give the best service you’re going to find anywhere in this county,” said Don Hamberg, another front of house manager.

April Cruz and her friend Laurie Mallon were in Crystal River when they heard the news of a fire at Crump’s Landing in Homosassa Saturday afternoon.

When Kim Kernz and her staff at Kim’s Cafe II saw the flames rising from Crumps Landing, their first thought was of their peers — the Crumps e…