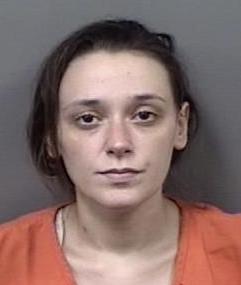 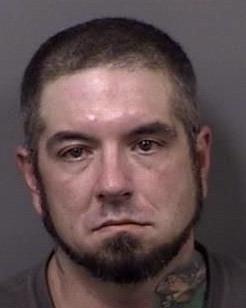 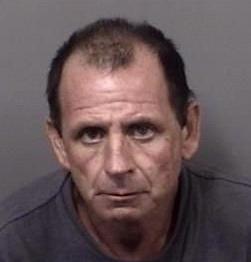 An Inverness woman faces drug charges despite failed efforts to hide cocaine in a soda cup after a routine traffic stop, according to Citrus County Sheriff’s Office arrest documents.

The events leading to the arrest of Nichole Bailey McBride, 25, began Wednesday morning near 1 a.m. when the arresting deputy reported seeing a white Ford pickup approaching a stop sign at Mossy Oak Drive, but not coming to a full stop before entering the intersection, according to arrest documents.

The arresting deputy following the truck and then stopped the vehicle. While reviewing the driver’s identification and vehicle information, a second deputy with a K-9 partner also arrived at the traffic stop.

The second deputy walked his K-9 partner around the exterior of the truck and the deputy reported that his K-9 partner indicated the presence of drugs inside the vehicle, according to arrest documents.

The arresting deputy searched the inside of the pickup and saw on the passenger seat a black purse. Inside the purse the arresting deputy reported finding identification cards with McBride’s name and several pieces of tinfoil with burned residue and one piece of tinfoil with “white rock-like substance,” according to arrest documents. The residue and powder tested positive for cocaine, according to arrest documents.

The arresting deputy also found a clear cellophane bag under the passenger seat which contained white powder that tested positive for cocaine, according to arrest documents.

The deputies also found a fast food bag on the passenger side floorboard. Inside the bag was a soda cup. When deputies looked inside the cup they found several tinfoil pieces with burnt residue and also a clear plastic baggie with a material inside. The tinfoil and the contents of the baggie tested positive for cocaine, according to arrest documents. The baggie contained 0.68 grams of cocaine, according to arrest documents.

Deputies arrested McBride. McBride told deputies that the purse belonged to her but that she did not know anything about the drugs inside, according to arrest documents. Her bond was set at $3,000.

The duty also issued the driver a traffic citation for running the stop sign.

Citrus County man faces charges of having sex with minor

A man being investigated Frederick Russell Grehl, 41, regarding a domestic violence complaint, has been charged with having sex with a minor

During the investigation of the domestic violence complaint, the deputy learned the victim began having sex with Grehl when she was 15 years old. The victim also showed the deputy text messages from Grehl, according to the arrest report.

The nature of the texts are unclear. Much of the complaint was redacted from the arrest report the the CCSO, allowed under public records laws to protect the victim.

The arresting deputy spoke with a witness that said she was aware of the relationship between Grehl and the young victim and told the deputy she knew they were having sex and knew that the victim was 15 years old, but thought that Grehl was in his 20s.

The arresting deputy spoke with Grehl and said in his arrest report that Grehl made several contradicting statements, according to the arrest report. The deputy again met with Grehl on Wednesday and he again made statements that contradicted themselves.

The deputy arrested Grehl and charged him with one count unlawful sexual activity with a minor and one count of lewd/lascivious battery/entice a minor under 16 to engage in sexual activity.

According to arrest records, the victim told the deputy that upon seeing the cut Smallwood became enraged, reared back with a closed fist and hit her in the mouth, busting her lip and knocking two teeth loose.