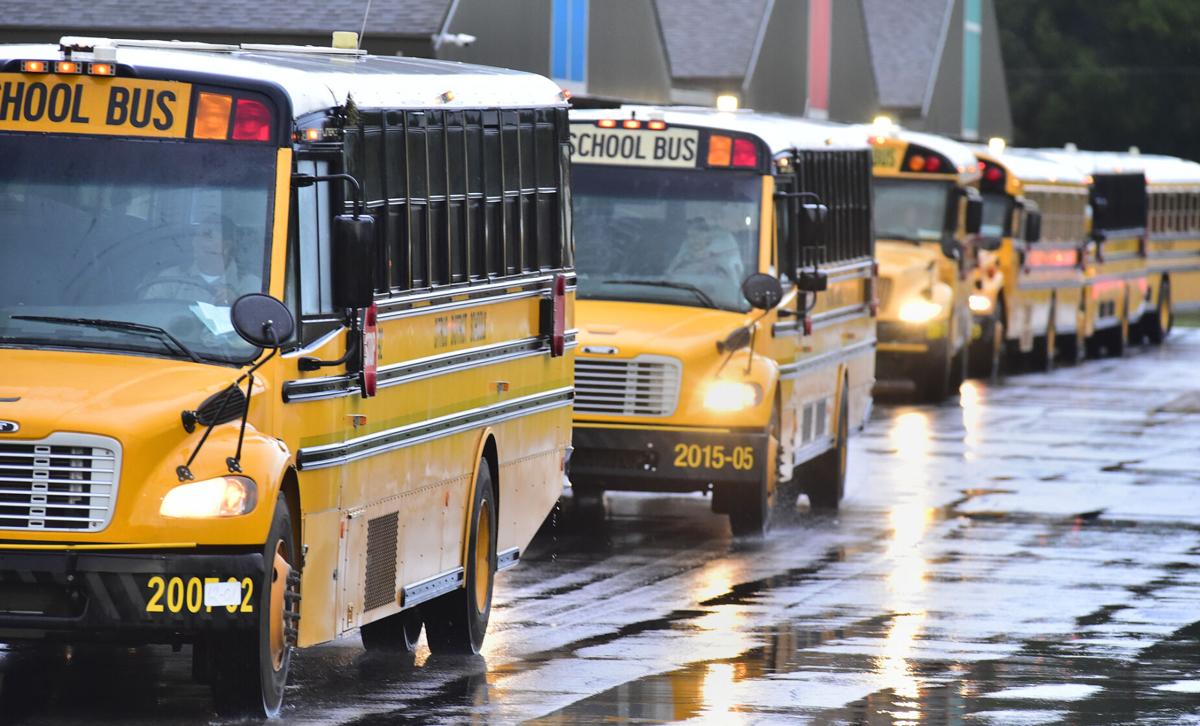 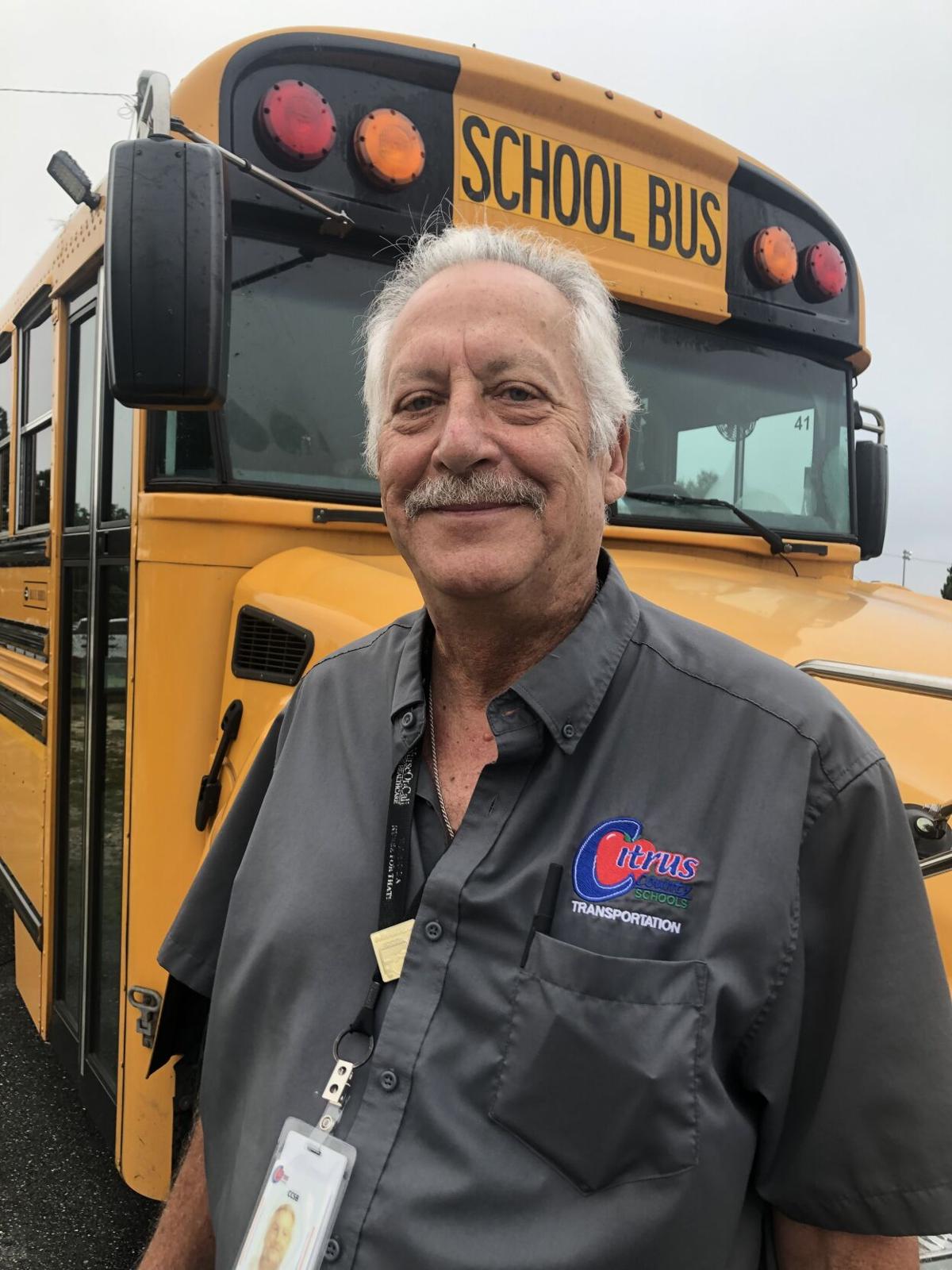 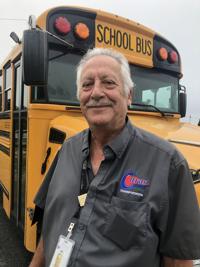 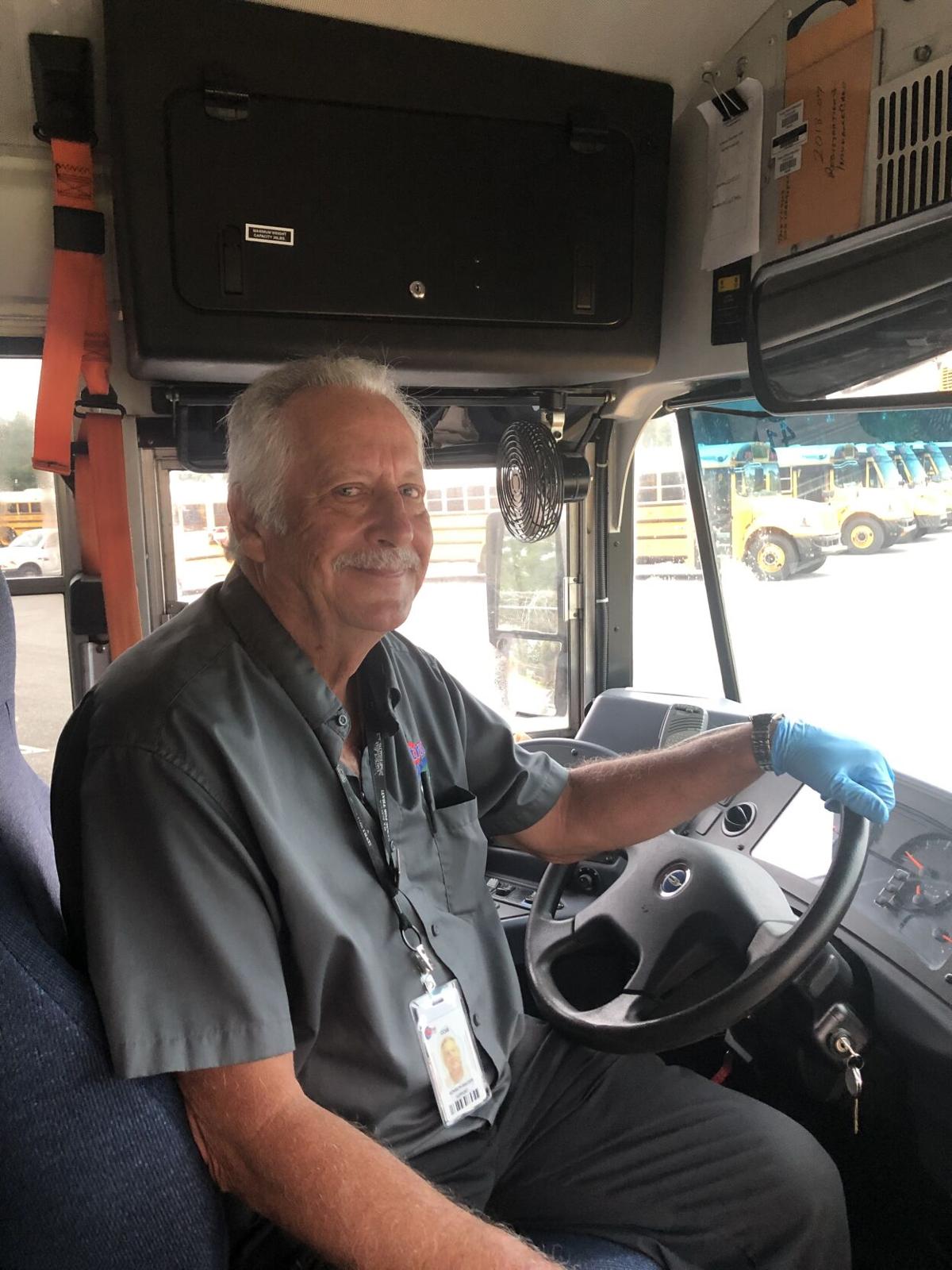 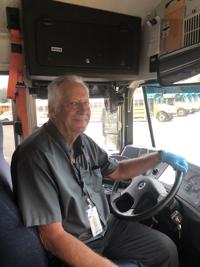 The national bus driver shortage has become even more severe since the beginning of the COVID-19 pandemic. Citrus is better off than some, but still experiencing a deficit.

To cover routes without drivers, the district first calls a substitute, then trainers and finally any office staff or mechanic who is credentialed to drive.

Parents are notified about late buses and asked to transport their children if possible. Either way, children make it to school and are excused if they are tardy.

To gain some insight on the ins and outs of the job, the Chronicle joined Balogh on his morning route, where he transports children in the Inverness area to Inverness Middle School (IMS) and Citrus High School (CHS).

In October, Balogh will have been driving for the district for 12 years. He began as a substitute for one year before getting his own route.

Balogh said he was skeptical when he first started the job because he had never managed children, but soon settled in to the role. “They’re just like we were when we were kids,” he said. “They want to be respected.”

Every morning, Balogh arrives at the bus lot behind CHS at 5:30 a.m. to check in. Then, he heads off to his bus to complete the required inspection.

In addition, with the spread of COVID-19, bus drivers are required to fill out daily seating charts, which are used for contact tracing purposes.

At each stop, Balogh greets students with a friendly “good morning” and periodically reminds them to fasten their seatbelts.

Along the way, Balogh gives friendly waves and honks to vehicles who stop for the bus, which ensures the safety of his students. When students have to cross the street, they know to wait for his signal.

During the drive, Balogh provided some insight on Citrus County School District driver shortages. When he first started, Balogh said it wasn’t as big of an issue. In fact, each bus lot even had full-time relief drivers.

From then until present day, Balogh wonders what happened. “Why can’t we keep drivers?” he said. Balogh chalks it up to a mixture of things: not everyone is happy with the pay, many people don’t want to drive a bus full of rowdy children and others are put off by how bus drivers are perceived.

At 65 years old, Balogh said he’s fine with his pay, but he hears a lot about money from other drivers, especially young single parents.

The main issue, Balogh said, are the inconsistency with consequences for misbehaving students.

Currently, there's a referral system in place for bus drivers which consist of four steps:

With the fourth level of the referral system left up to administration’s discretion, Balogh said the consequences lack consistency.

“Administration wants them in school,” Balogh said. In his opinion, this makes suspension less likely, which creates more grievances for bus drivers.

However, Balogh said it’s not his goal to suspend students, but encourage behavioral improvement with clear disciplinary actions.

Balogh said he would like to see a meeting with drivers and administration to discuss the issue. “We need more support from administration,” he added.

“The rules on the bus are very simple,” Balogh said. “The last thing a driver needs is distractions.”

However, Balogh said his route is especially respectful and well behaved in comparison to some. “They deserve a pat on the back,” he said.

Despite the negatives of the job, Balogh said there are many positives. He cited the district's excellent training staff and experienced drivers who are willing to help each other out.

However, Balogh said one of the most rewarding parts of the job is the students. “I get to see them grow and develop into adults,” he said. “My students respect me — and it’s mutual.”

Bus drivers are the first and last people to see students during the school day. Although it's not where he'd like it to be, Balogh said the appreciation for bus drivers has increased over the last few years.