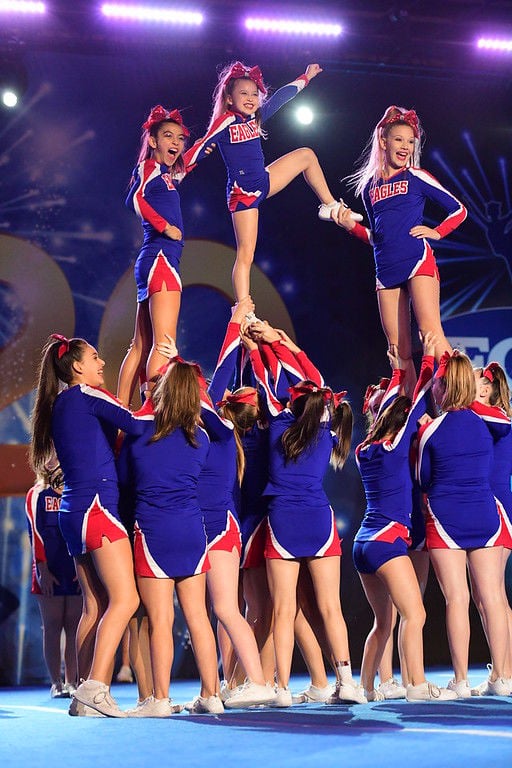 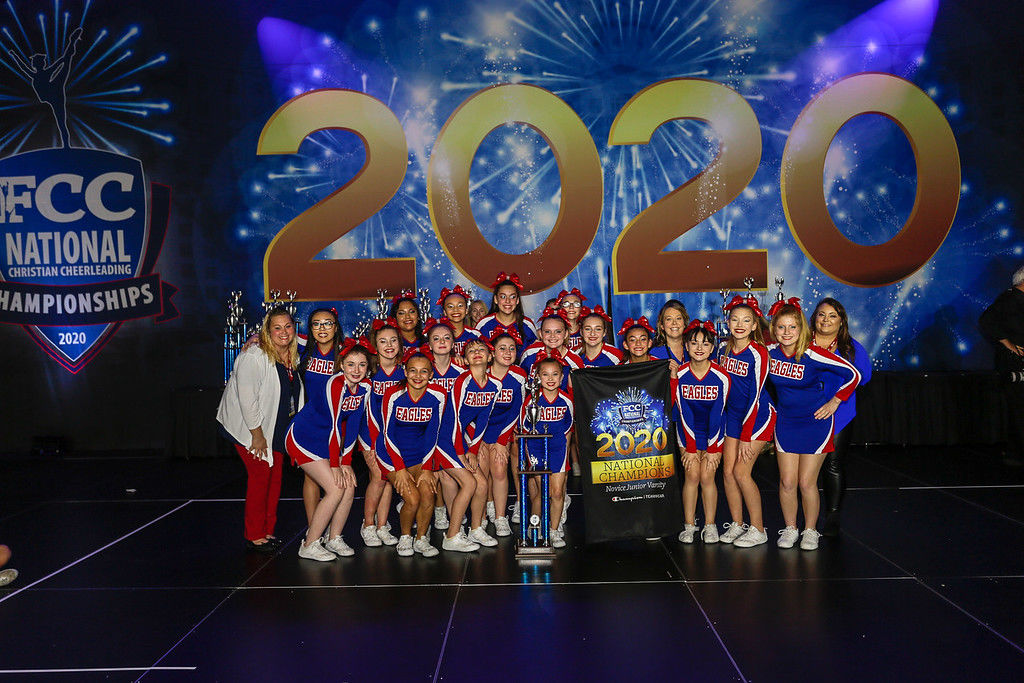 This is the team's second year and their first national win.

This is the team's second year and their first national win.

The team of 18 girls, from 4th to 12th grade, won first place in the Novice JV category at the Fellowship of Christian Cheerleaders (FCC) National Championship Jan. 2-4 in Orlando.

This is the squad’s second year.

Most of the girls are students at Solid Rock Christian Academy in Inverness; one is home-schooled and one is a student at Inverness Middle School.

Homeschool student Halona Hays, 13, is a lifelong gymnast and one of the tumblers on the team.

“One of the hardest parts of cheerleading is the stamina it takes to get through the entire routine, doing all the motions, hitting them and smiling through the whole thing,” she said.

The youngest girl on the squad, 9-year-old Aubrie Vanderpool, is one of the “flyers” -- the ones who get tossed in the air.

She started at the former Galaxy Tumble and Cheer and was on her first team when she was 5.

IMS student Katie Costa, 13, who has been cheering since she was 4, beginning with the Inverness Storm team, said the secret to being a good cheerleader is a combination of good technique and lots of “facials” -- showmanship and personality.

The team won Best Showmanship and Choreography of all the novice teams, not just the JV category.

Of the team’s three coaches, Kristin Vanderpool, Julia Martone and Stacy Rodriguez, Vanderpool and Martone were cheerleaders together at Citrus High School.

“What I liked about cheerleading, it promotes teamwork,” Vanderpool said. “If one girl is missing, we can’t even do our routine. It’s truly the definition of a team sport.”

The girls are already planning to go to a four-day camp next year in Orlando.

Also next year, the school wants to have two teams, a JV and Varsity.

Maya Seabolt, 15, said the one thing she wants people to know about cheerleading: “It’s not as easy as you might think it is.”