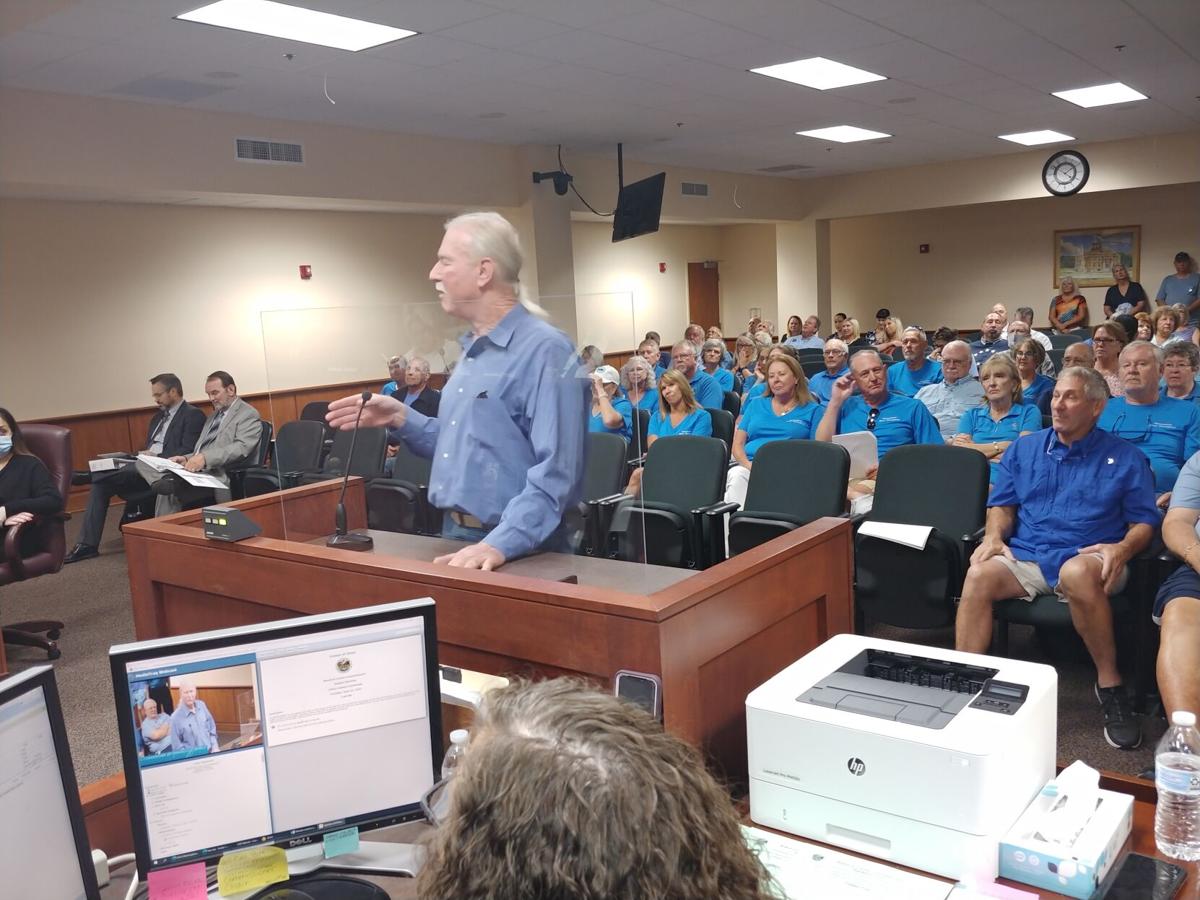 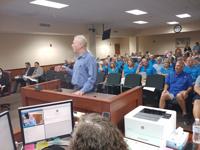 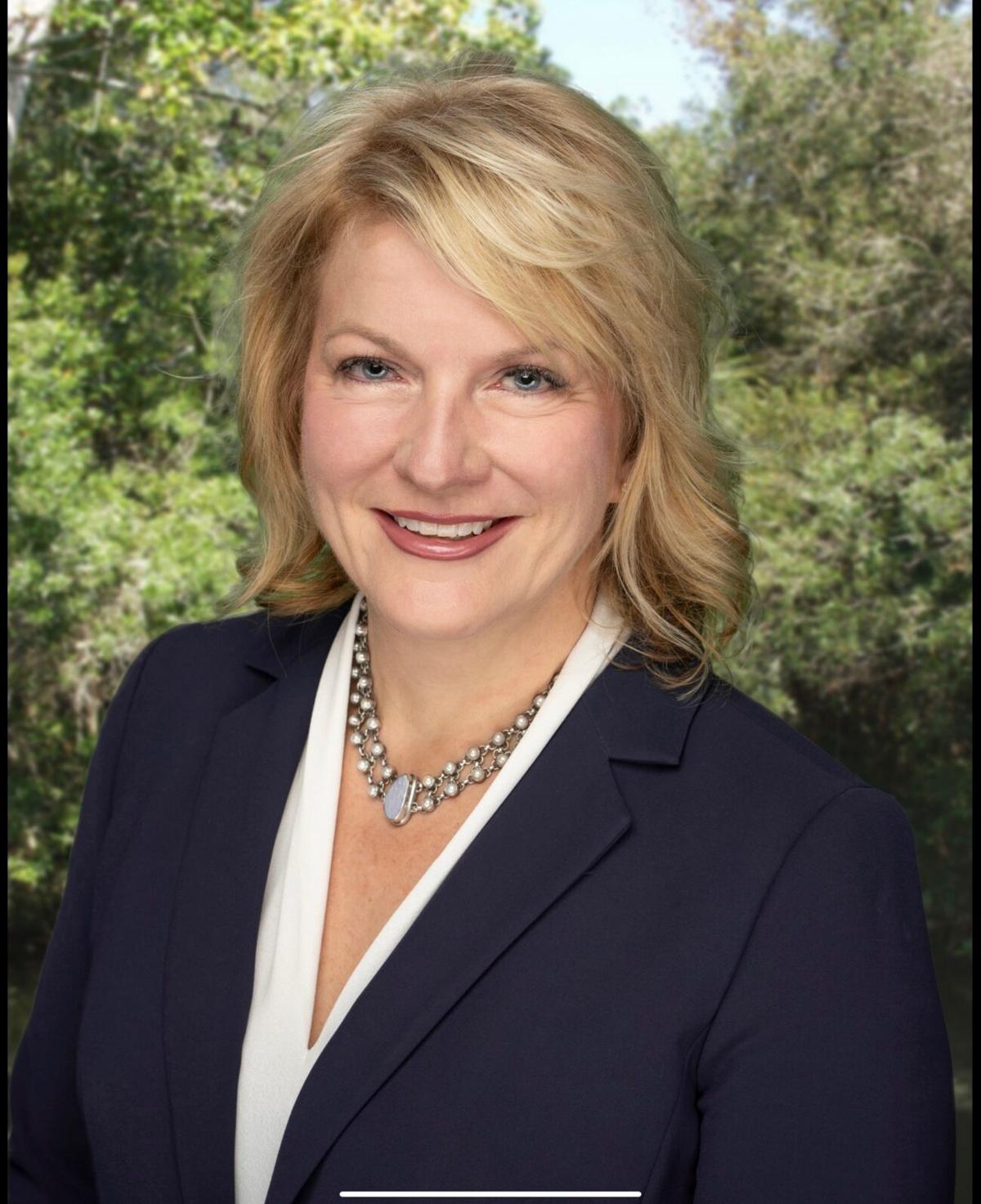 “We bobbled that whole discussion,” Davis said. “I just flubbed it.”

Prendergast, responding to a county request for a plan to combat problem boaters in Homosassa’s Blue Waters, suggested at the board’s July 13 meeting that the county use American Recovery Plan funds to buy additional vessels and equipment, plus hire more deputies.

Although Commissioners Davis and Jeff Kinnard said they supported the sheriff’s plan, no one made a motion and there was no vote.

Since then, Homosassa residents sent emails to commissioners asking them to reconsider.

Davis said she reached out to the sheriff’s office and asked for specific alternatives to provide commissioners at the Tuesday, July 27 meeting. They are:

- The original proposal discussed by commissioners would have added five new deputies, two boats and one vehicle to tow a larger boat. Year one total: $1 million.

Recurring costs for year two and beyond are “substantially lower” than the first year cost, the sheriff’s proposal states.

And, while Blue Waters in the Homosassa River is getting plenty of attention, the marine unit isn’t central to the coast.

“These options are to address maritime issues on all of our lakes, rivers, estuaries and gulf area waterways,” the proposal states.

Davis, who referred to boating troublemakers as “yahoos” during the July 13 meeting, said the county needs to step up enforcement to protect boaters and residents.

Davis said he spoke with Pendergrast who said the issues on the water are getting worse.

“He said last weekend was a zoo, and 70% of citations were out of towners,” she said. “These are not families coming in to see the manatees. They’re being chased out of other rivers and they’re coming to us.”

Davis said she thinks the county can provide additional marine patrols without increasing the property tax rate to pay for it.

“We need to make some smart investments,” she said. “One of them is to get ahead of law enforcement. We need to not always look to be the cheapest game in town. If we do that we’ll continue to attract people who have that same attitude.”

I believe the best statement made in this article is what Commissioner Davis said that Sheriff Pendergast told her. 70 % of citations were given to out of towners or as she aptly calls them “Yahoos”. They don’t come here to observe manatees but because they have been run out of other rivers and lakes. Citrus County does not need to be the garbage can for Yahoos but needs to be even stricter than other places. Other places don’t have the density of first magnitude springs that we have and the quantity of manatees that led to the cover story of National Geographic. So make their lives miserable. The first step should be to see what these other river and lake communities have done to get rid of them. Then formulate a plan that is even more stringent! I have recreated for some 70 years in our springs and on our rivers to the Gulf. I have not though in many years as they are beyond their carrying capacity. If this situation is not addressed, the ecotourism industry will diminish as well as the property values of waterfront homes. It’s not only Yahoo boaters that are a problem but irresponsible airboaters. A friend lives on the lakes and some airboaters gun their airboats when they pass his home. No airboat should be allowed without a muffler and violations like this should be stopped. And unless the Yahoos learn that Citrus County is gunning for them and fines are worse than anywhere else you can scratch Citrus County off!

I am somewhat surprised that there are no comments here. The river is so beautiful and pristine. I am completely in support of the property owners and other boaters who respect the river in it's natural state. Can't we keep it peaceful and still allow enjoyment for all???