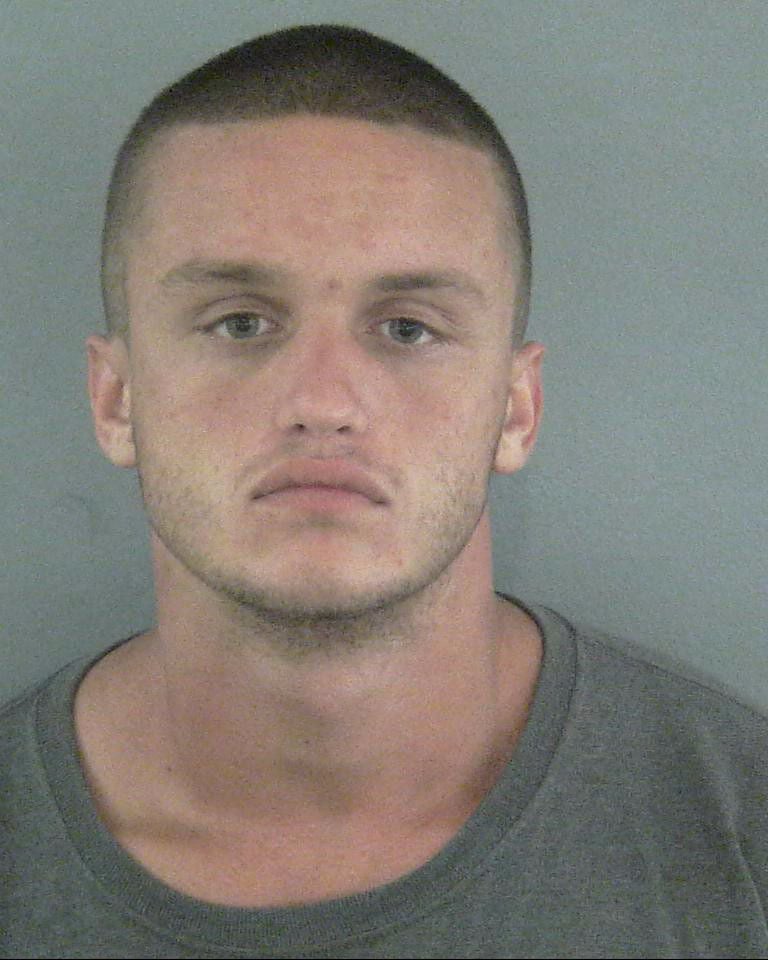 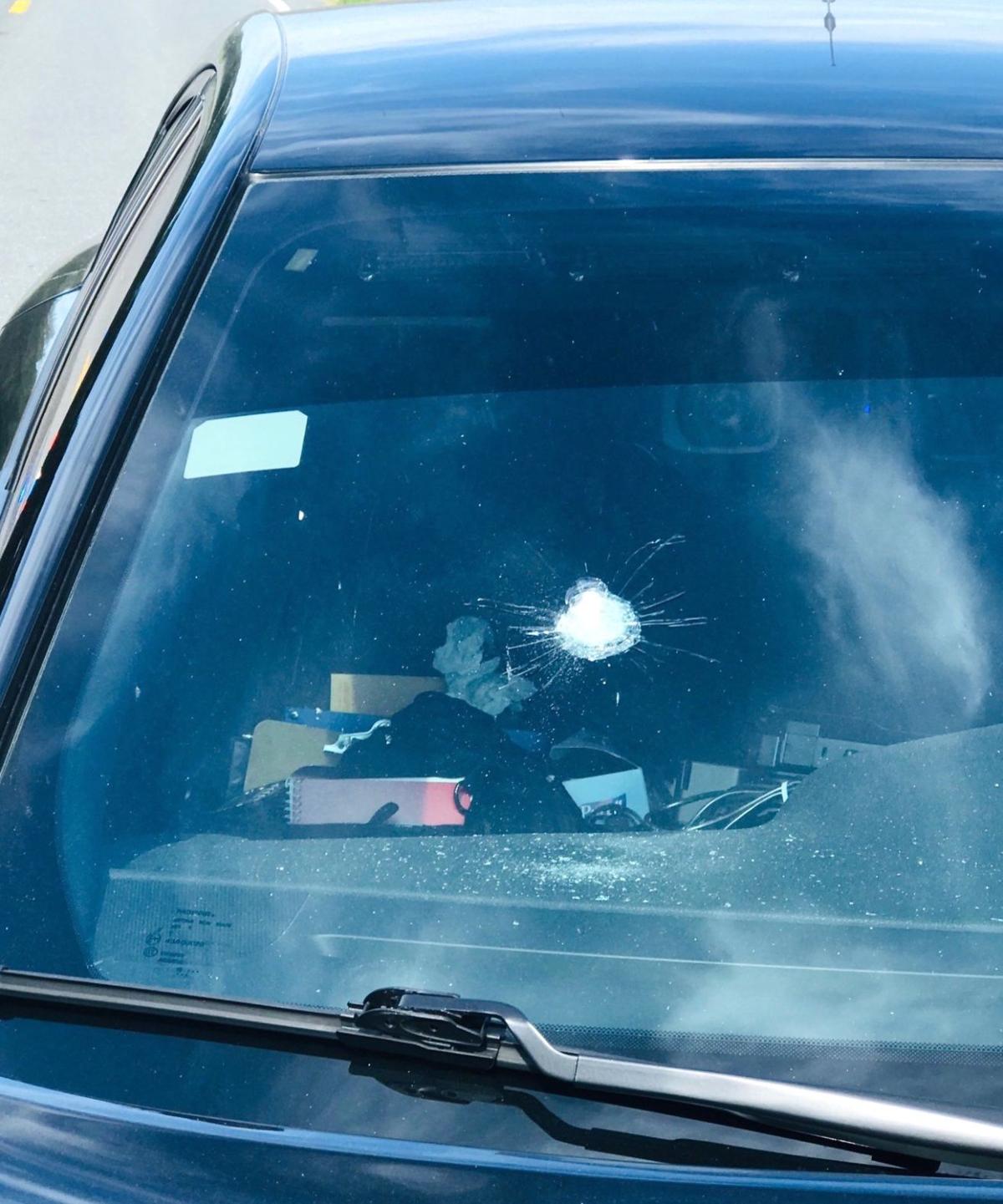 Florida Highway Patrol says Travis Lovett fired three handgun rounds at its troopers during a multi-county pursuit Sunday morning, with one gunshot striking the right side of cruiser's front windshield. 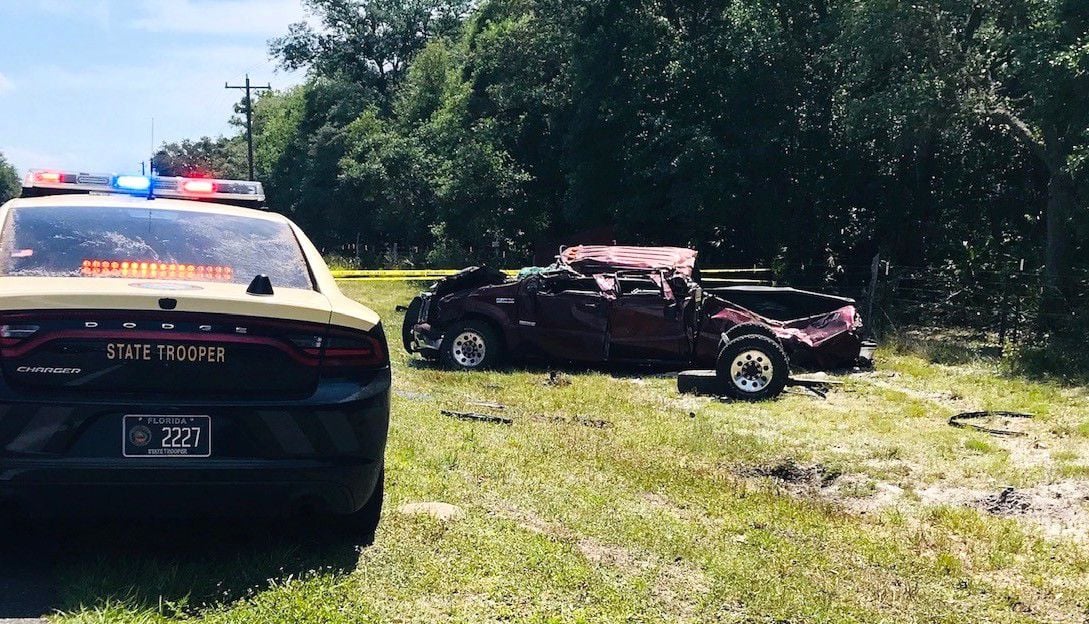 A pickup trucks rests alongside a Sumter County roadside in April 2019. A jury on Tuesday convicted Bushnell resident Travis Lovett of stealing the pickup and leading police on a three-county, 30-mile pursuit that began in Inverness. 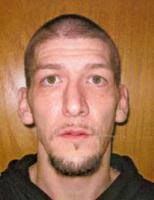 A pickup trucks rests alongside a Sumter County roadside in April 2019. A jury on Tuesday convicted Bushnell resident Travis Lovett of stealing the pickup and leading police on a three-county, 30-mile pursuit that began in Inverness.

Lawyers deliver opening statements Tuesday to set the stage for Travis Duane Lovett’s full-day trial for stealing a truck and almost colliding with a pair of Citrus County Sheriff's Office deputies during a vehicle chase that went into two other counties.

Lovett, 23, of Bushnell, faces charges of attempted murder of a law enforcement officer, aggravated assault of a law officer, grand theft and fleeing and eluding.

Assistant state attorneys D. Robert Lewis and Kevin Davis are accusing Lovett of stealing a Ford F-250 on April 28 and later driving it at a deputy from an Inverness lot, starting a pursuit.

A sheriff’s sergeant also had to veer his cruiser out of Lovett’s path on State Road 44 through Inverness, before Lovett drove several miles on a pedestrian-occupied Withlacoochee State Trail through Floral City, prosecutors allege.

Lovett continued driving south on or along U.S. 41, taking his alleged pursuit with sheriff’s deputies and Florida Highway Patrol (FHP) troopers into Hernando and Sumter counties.

If a jury on Tuesday convicts Lovett as charged, Circuit Judge Richard "Ric" Howard can sentence him to between 119 months and up to life in prison.

If the judge grants the requests, Lovett’s possible punishment could worsen.

Lovett’s lawyer, Assistant Public Defender Ed Spaight, and Lewis set the trial’s ground rules on Monday, restricting how much evidence prosecutors can show jurors on Lovett’s felony record, whether he had a gun during the chase or his pending charges in Sumter County.

When April’s vehicle chase left Citrus County’s borders, it’s alleged Lovett fired gunshots at pursuing troopers, with a round striking a cruiser’s windshield. No injuries to police were reported.

Lewis plans to show jurors footage of the chase recorded from dashboard cameras in FHP cruisers, but agreed to take out the portion when shots are fired.

Troopers rammed Lovett off of Lake Lindsay Road in Sumter County, where authorities found Lovett in possession of a firearm and cocaine.

Lewis is prosecuting Lovett in Sumter County on charges of discharging a firearm from a vehicle, possessing a firearm as a convicted felon, possessing cocaine, fleeing and eluding and three counts of attempted first-degree murder with a firearm.

Neighbors share accounts of chase in which man attempted to run over, shoot authorities

Lovett’s next court date in Sumter County is April 15.

Lewis agreed with Spaight not to go into detail with jurors Tuesday about Lovett’s charges outside Citrus County.

Jennings, 42, of Vermont, is charged with resisting a law enforcement officer with violence, depriving an officer of their means of protection, not reporting as a sex offender, providing false ID and two counts of battering a law officer.

Prosecutors alleged Jennings stunned with a Taser two of three deputies during a Feb. 7, 2019, traffic stop on State Road 44, east of Inverness. A deputy opened fire in response, striking Jennings, who was hospitalized until he was charged April 16, 2019.

Assistant State Attorney Blake Shore told Howard he expects Jennings’ trial to last a day and a half.

If convicted as charged, Jennings faces a sentence of between roughly six and 35 years, Shore said.

It was a springtime Sunday morning in Inverness when the highways were punctuated by what a prosecutor called a 30-mile “track of terror.”