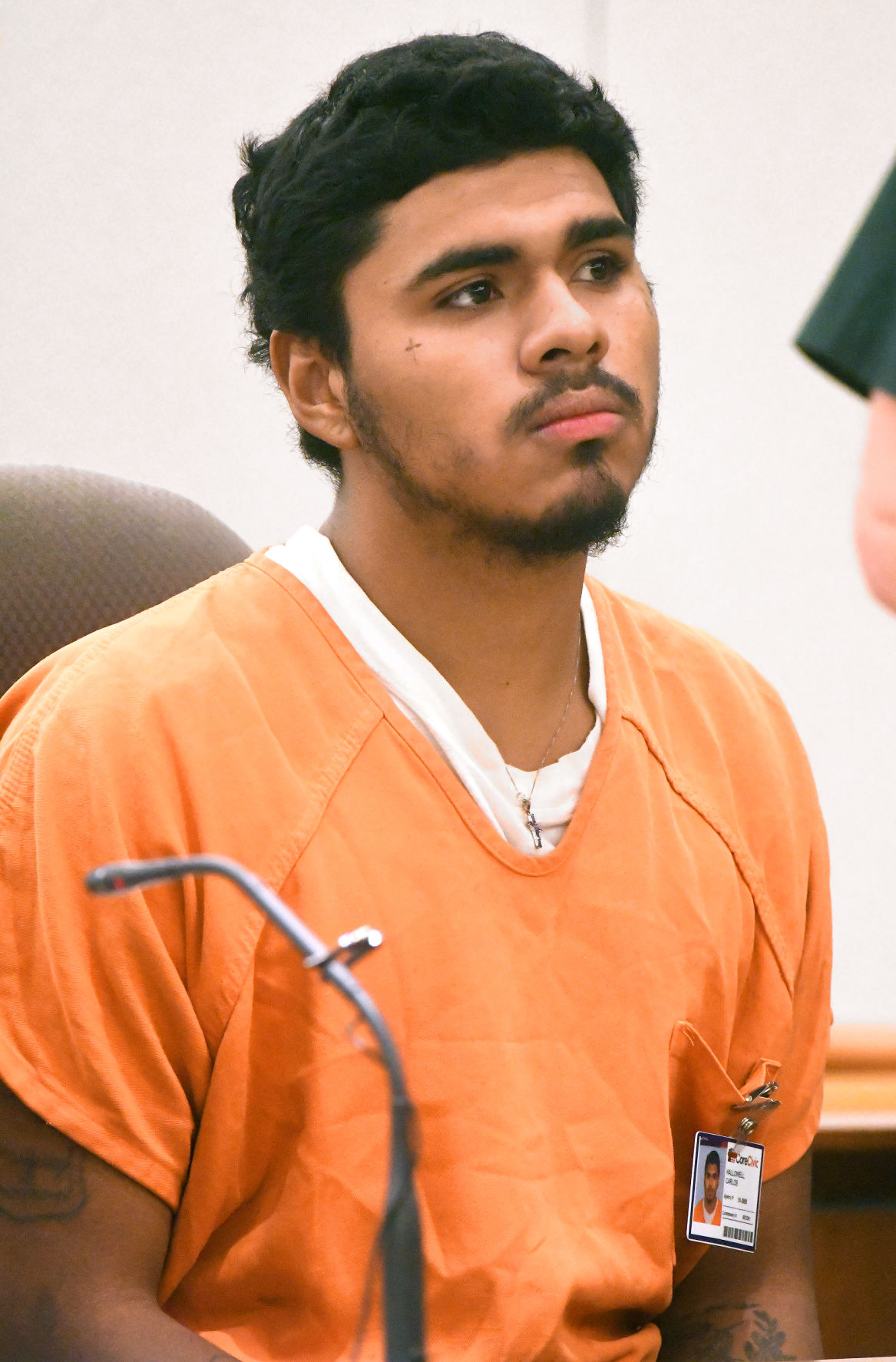 Carlos Hallowell sits in Circuit Court Judge Richard "Ric" Howard's courtroom Wednesday morning during a brief proceeding in which the judge set a trial date for the man's case. Hallowell is accused of murdering his adopted mother in July 2019, in their Inverness-area home. 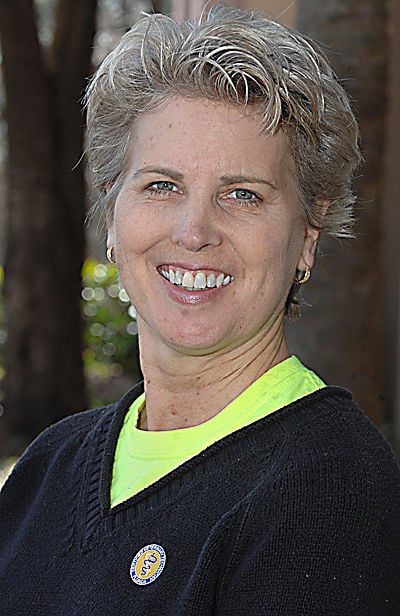 After hearing Carlos Hallowell wasn’t changing his not-guilty plea yet to the alleged murder of his adoptive mother, Denise Hallowell, a judge set the Inverness 18-year-old’s trial for mid-May.

“Our mitigation efforts are continuing,” he said.

Howard told Spaight Hallowell was due to decide if he wanted to take his case to jurors or change his plea of innocence to head straight for sentencing.

Hallowell, who has no prior criminal history, faces a punishment of up to life in prison. He’s ineligible for death row since he was a minor when the alleged murder took place.

“This was a plea or set,” the judge said to Spaight.

Spaight said Howard didn’t put a notation on Hallowell’s case to show there had to be either a trial date set or a plea change at the Wednesday’s hearing.

Hallowell’s last court appearance was Feb. 12 for a motion to reduce his bond, which Howard denied.

Before announcing Hallowell’s trial date, Howard said Wednesday he didn’t want Hallowell’s case to be like others that were certain to end with plea changes but went to trial instead, delaying matters.

“It was a disappointment,” the judge said as he set Hallowell’s trial the week of May 11, with a final pretrial hearing May 4.

Assistant State Attorney Bill Catto said outside of court he wasn’t surprised Hallowell didn’t change his plea because Spaight has yet to discuss the matter with him.

Catto said the prosecutor’s office will be prepared for either trial and/or sentencing.

“I think it’s a possibility it could be a plea,” he said.

Spaight said in a phone interview he’ll be ready for whatever choice Hallowell makes.

“We’ll make those decisions over the next few weeks,” Spaight said, adding he’ll have an answer at Hallowell’s May 4 hearing.

If Hallowell is to be sentenced, Spaight said he wants to present Howard with witness testimony and evidence on his childhood.

Even though Denise Hallowell's case was expunged and it doesn't involve Hallowell, Spaight is trying to get any documentation of the mother's September 2015 arrest on child-abuse charges.

Denise Hallowell's youngest son, then 12, accused her of mistreating him and ran away from their home.

Prosecutors declined to file formal charges, but Spaight said the incident can help shed light on how Hallowell was raised.

"There are obvious issues with the family dynamic and things that went on during his upbringing," Spaight said. "We’re going to be exploring those matters as fully as we can for possible mitigation."

Deputies made no arrests in July after they found Denise Hallowell, 57, dead from an axe to her head inside her and Hallowell’s home in the 4400 block of South Dodge Point.

Hallowell, then 17, had called 911 to report someone broke into the house and killed his adoptive mother as she slept.

Catto said Hallowell also made a mirandized admission, according to prior reports.