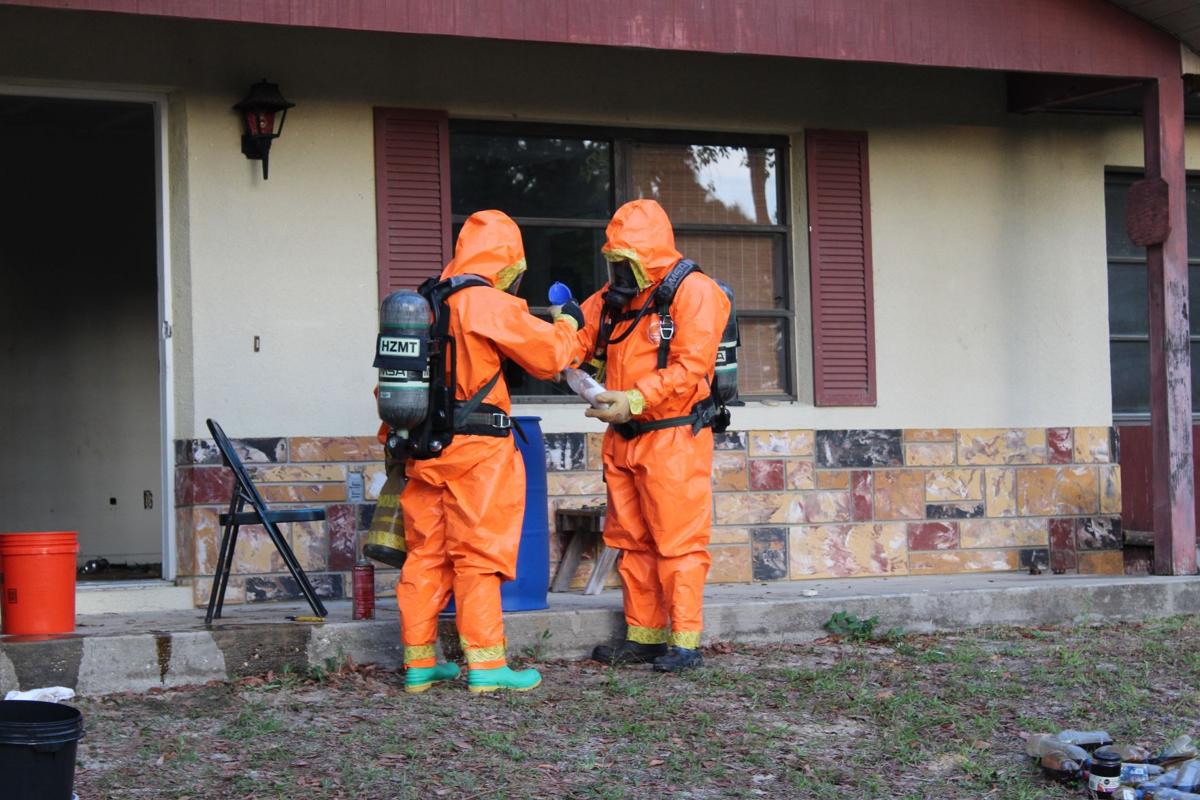 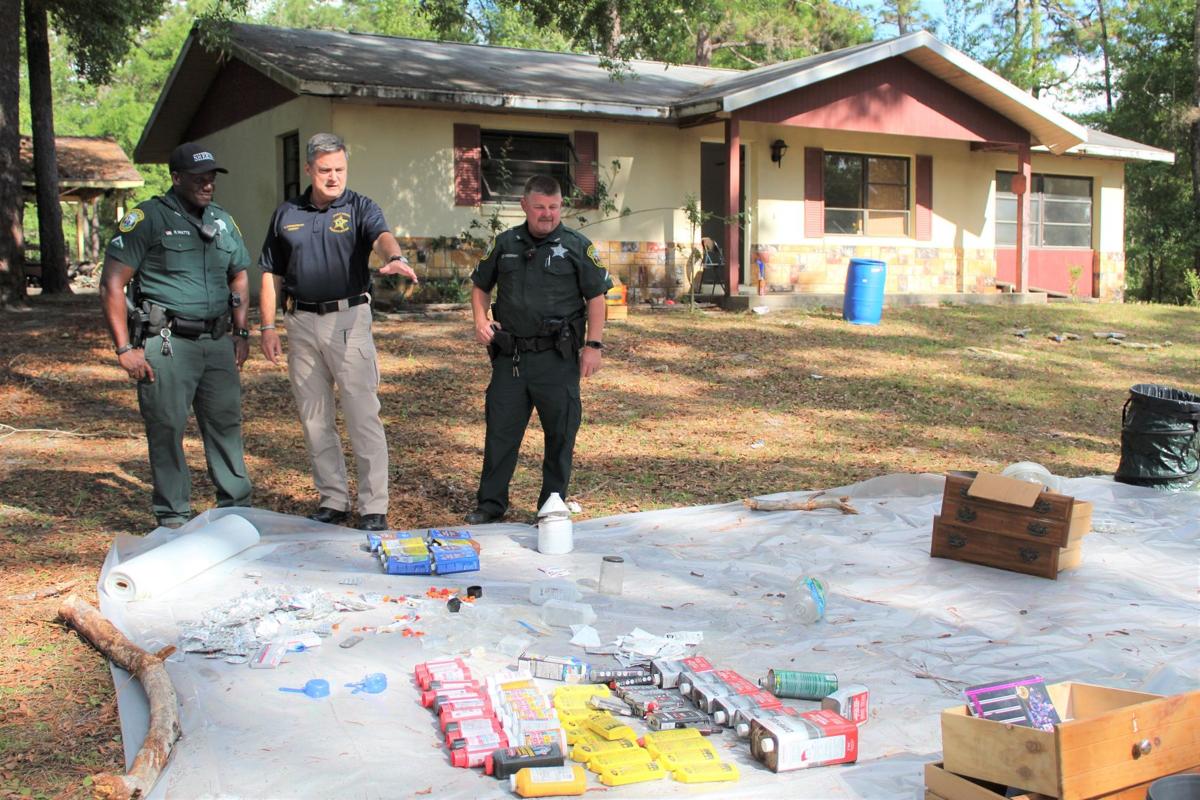 Citrus Sheriff Mike Prendergast looks over illegal drug manufacturing items collected from the residence during an operation to shut down a clandestine meth lab in Lecanto.

A weeks-long investigation led to the discovery Monday of a hidden methamphetamine lab, according to the Citrus County Sheriff’s Office.

During the investigation, detectives with the Citrus County Sheriff’s Tactical Impact Unit (TIU) discovered the residence at 55 S. Otis Ave., Lecanto, was being utilized for the illicit manufacturing of methamphetamine. According to a sheriff’s office spokeswoman, the residence was unoccupied at the time of the investigation.

The home is owned by Betty Jane Ringgenberg, according to the Citrus County Property Appraiser’s website, which lists her mailing address in Hortonville, New York. Tax records show she’s owned the property since 2004, when it was given to her by David Ringgenberg through a quit claim deed dated Jan. 15, 2004. Real estate records show she changed her record of address in 2006 to Hortonville, New York. The property was valued at $82,212, according to tax records.

TIU detectives routinely discover a few one-pot vessels during an investigation of this nature, however, the sheer number of hazardous and flammable vessels indicated a severe amount of contamination at the residence.

“The Citrus County Sheriff’s Office has never, in its history as a law enforcement agency, seen or recovered this number of one-pot cooks at one location,” Sheriff Mike Prendergast said. “Once again, our TIU detectives, patrol deputies and crime scene specialists did a remarkable job dealing with a highly volatile situation that posed a grave danger to the community.”

Virtually every wall and surface inside the residence tested positive for methamphetamine, base chemicals, and acids, which once again revealed the extreme contamination of the residence. The contaminates on these surfaces come about during the manufacturing process, which releases gases and vapors containing particulates of chemicals and methamphetamine. These particulates then attach themselves to surfaces in the confined area.

Because of the extreme danger posed to the community by the conditions discovered in this home and the presence of hazardous materials, Sheriff Prendergast contacted the agency’s partners at the Citrus County Code Enforcement office, which subsequently responded to the scene. The fact of the surfaces testing positive throughout the residence shows the long-term, extreme amount of manufacturing that had occurred. Due to this reason, Citrus County Code Enforcement will begin the process of seeking authority to condemn and demolish the residence.

The case is still an active investigation and no arrests have been made at this time.