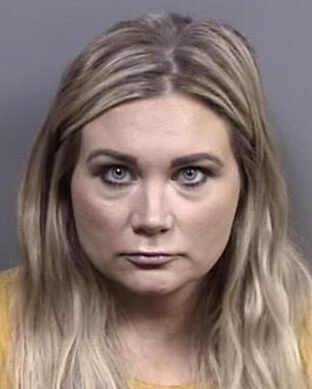 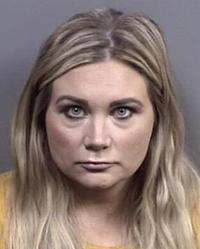 Authorities took an Inverness woman and Citrus County Renaissance Center employee into custody on allegations she had a sexual relationship with a student of the Lecanto school.

According to the sheriff’s office, the agency was informed April 18 about illicit interactions between Jarvis and a then-17-year-old boy and student at the Renaissance Center while Jarvis worked at the school as a paraprofessional.

Jonathan Richey, a detective with the sheriff’s Special Victims Unit, gathered enough evidence to support the boy’s allegations against Jarvis.

A warrant was issued Wednesday to arrest Jarvis, charging her with sexual battery by an authority figure, sexual battery by someone in custodial authority, human trafficking, traveling to meet a minor, child neglect and contributing to a minor’s delinquency.

Jarvis was booked into the county jail without a bond.

Under contract with the Citrus County School District, the Ocala-based Silver River Mentoring and Instruction (SRMI) organization operates the Renaissance Center, a schooling program for 5th-12th-grade students who've been expelled from the school district system.

Editor's Note: This story was updated with Kristin Jarvis' employment history with the Silver River Mentoring and Instruction's Renaissance Ce…

Really, investagating since April?? this is why criminals and abusers are free to abuse in Citrus co !!! you will help this woman and blame the real victim...same old story, be a cop, this isn't a popularity contest,,,,,Stand up for victims!!!!! #6 Tricia M. Foltz