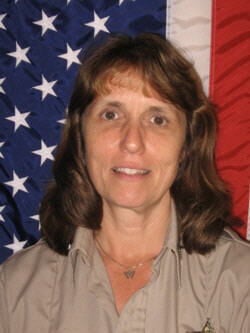 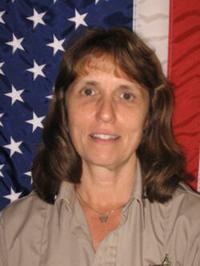 When she or her fellow ACOs confronted someone abusing or neglecting pets or livestock, punishment was either a civil citation or notice to appear in court.

Without arresting powers, it was what the unsworn officers could do.

“We depend on deputies to respond on our cases,” Peckham said. “We present the evidence, they write up the case.”

“We didn't make it clear to citizens in this county that we’re not going to stand for animals to be treated this way,” Peckham said about the lack of public awareness.

It wasn’t until after the Citrus County Sheriff’s Office began overseeing the animal control unit in 2013 when Peckham, who’s been an ACO for 18 years, witnessed her first arrest for animal cruelty.

Since then, with Peckham as supervisor, the unit has evolved alongside the county animal shelter to help educate law enforcement and the community to target prosecutable cases and save animals.

“Every job we do, makes us better," Peckham said, "and all of that comes together to create enough evidence for prosecutors to prosecute.”

“In half the time,” Peckham said, “we already exceeded last year.”

Peckham’s not certain why cases increased, but she said outreach campaigns have encouraged the public to report suspicions of people or properties harboring distressed animals, allowing ACOs to respond and keep issues from worsening.

“When you make the public aware of those types of traits and flags,” she said, “then you consequently get more people calling, asking for well-being checks.”

Peckham said the calls for service she and her six ACOs handle have been overwhelming.

“We need more officers,” she said, “but there just isn’t funding in our budget to make that happen.”

Peckham credited the director of Citrus County Animal Services, Colleen Yarbrough, and its chief veterinarian, Dr. Meaghan Mielo, for pushing the State Attorney’s Office in the last two years to go after people for letting their animals wounds or illness go untreated.

“It’s emotional for me to remember ... that we didn’t put people in jail for the heinous things they caused animals to suffer through,” Peckham said. “To know those animals are getting justice, getting better lives and medical care than they’ve ever had, and I was a part of that with some really amazing people, that means a lot that I can say, ‘I made a difference.’”

Yarbrough, Mielo — both forensically trained — and their shelter staff have also been invaluable in spotting and reporting animal cruelty when they see it enter their doors.

They’ve even responded to scenes alongside ACOs to better triage animal injuries and document their poor living conditions.

“That’s something we’ve never had before,” Peckham said, “and it’s just an immeasurable resource to have that kind of relationship with our shelter.”

ACOs take recovered animals to the county animal shelter for treatment and housing until the animals are either released back to their owners or adopted out.

There’s not always room at the inn, and ACOs do their best to find the best outcome for the stranded or suffering animals they come across without overburdening the shelter.

“It is a daily struggle to try and balance and make the right decision,” Peckham said, “and sometimes you just don’t.”

Around 86% of animals seized by ACOs this year came from two separate criminal cases, overcrowding the shelter.

ACOs brought over 80 animals to the shelter one early morning in July from a Homosassa homestead.

Shelter kennels and cages were already full with close to 50 animals seized in January from Out of the Box Rescue and its prosecuted owner who’s still fighting for their custody, keeping the animals from going up for adoption.

“Those animals can’t go anywhere,” Peckham said, “and the process for a custody hearing, minimum, takes two months; maximum, it can take over a year ... and that presents a huge issue. ... Where do the strays go and those not available for adoption pending medical care?”

Owner of Out of the Box Rescue arrested, faces multiple animal cruelty charges

Removing, treating and safeguarding a large group of animals taken from a hoarding scene is something ACOs and shelter staff can’t really prepare for ahead of time.

Peckham said people reporting animal cruelty should call early in the daytime to make it easier for ACOs and the shelter to deal with while there's enough time and light.

Nonetheless, Yarbrough, shelter staff and their rescue partners didn’t quit in the darkness of July to free up space for the 84 animals brought over from Homosassa.

“That means the world to me,” Peckham said. “There was a time we didn’t have that.”