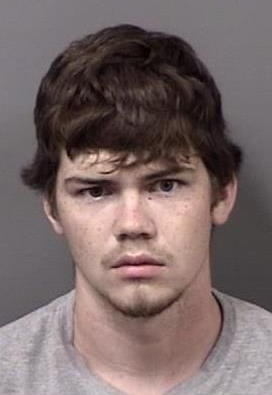 A 20-year-old Crystal River man was arrested Saturday night on charges of trafficking in cocaine following a traffic stop in Homosassa.

A Citrus County Sheriff’s Office arrest report states a deputy stopped Joshua Robinson Carter shortly before midnight near the intersection of West Meadow Street and South Oldfield Avenue for inoperable rear tag lights. While speaking with the driver, the deputy could detect the odor of marijuana coming from the vehicle.

Carter consented to a search of the vehicle, which resulted in the location of a clear ziplock baggie containing a “large amount of white powdery substance," which field tested positive for cocaine. Deputies also discovered a small unused clear plastic baggie that is common for the packaging and storing of illegal drugs, the report states.

Carter told deputies the baggie belonged to him and he had placed it in the vehicle. However, he denied that he knew it contained cocaine.

“The defendant advised that he had no knowledge of there being cocaine inside the baggie and he believed it to be laundry detergent,” the report states.

The total weight of the cocaine was 162 grams, or about 5.7 ounces.