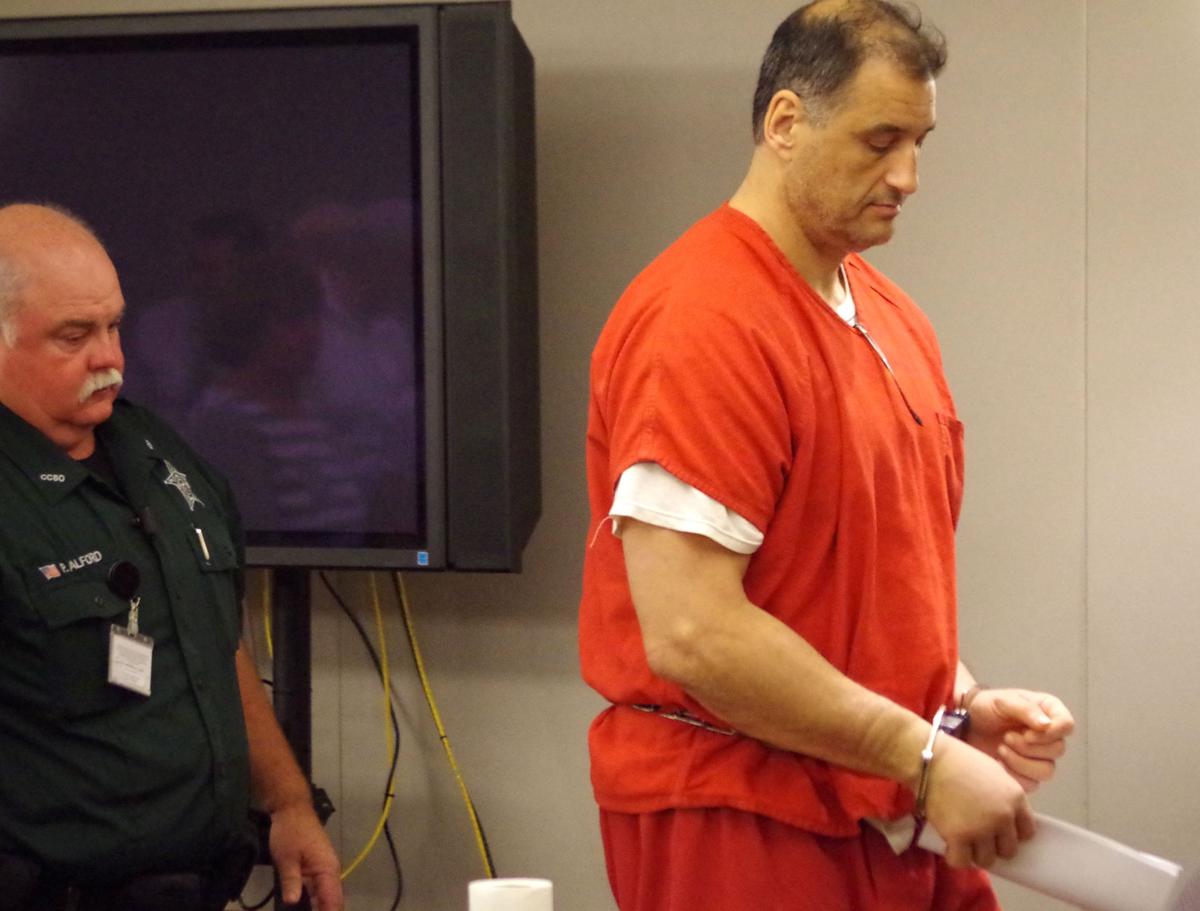 Duane Cottier is escorted out of Circuit Court Judge Richard "Ric" Howard's courtroom Monday morning, after the judge sentenced Cottier to 45 years in prison for diverting hundreds of thousands of dollars in insurance money away from roof repairs in Sugarmill Woods. 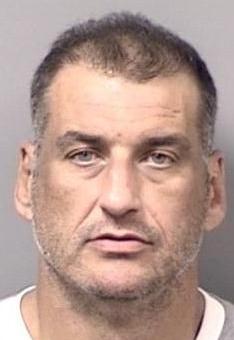 Prosecutors say it’s hard to calculate how much damage Duane Cottier did to the wallets of the Sugarmill Woods homeowners who were cheated out of roof repairs.

“The financial harm in this case is hard to quantify,” Assistant State Attorney Erik Rauba said Monday morning at the property restorer’s sentencing hearing. “This economic harm will continue for the rest of their lives.”

Circuit Court Judge Richard “Ric” Howard did have a number Cottier and attorneys could measure: the number of years the 48-year-old Polk County man will be spending in prison for robbing the Homosassa retirement community of hundreds of thousands in insurance dollars.

“You stole the rest of these people's lives, their money ... their right to rest,” the judge said in his final remarks. “It’s only right that you forfeit the rest of your life.”

Cottier, who was dressed in all-red inmate garb, did not say anything during his sentencing, which came after six jurors convicted Cottier as charged last Friday following a nine-day trial.

Howard could have incarcerated Cottier for up to between 55 months and 210 years.

Cottier and his Winter Haven company, High Tower Restoration LLC, used roughly $480,000 in homeowners’ insurance deposits for himself instead of paying his subcontractor, High Tower Roofing LLC, to replace around 50 roofs that were pelted in a May 2014 hailstorm.

Jurors also found Cottier was guilty of diverting money away from his roofing subcontractor after jobs were completed, resulting in the subcontractor filing a dozen liens — valued at $133,000 — against the homeowners.

Cottier was arrested in October 2016.

Rauba said many more fell victim to Cottier’s scheme, but are not listed in prosecutors’ charging information.

Before Cottier’s roofing project in the neighborhood got underway, he got homeowners to sign an “assignment of benefits” form, allowing Cottier and High Tower Restoration to negotiate with insurance companies on their behalf.

Several of Cottier’s victims addressed him directly from the courtroom lectern about how they entrusted their insurance deposits to Cottier, who in turn spent it on a new boat, motorcycle, luxury outings and hair-restoration treatments.

Marilyn Watson said Cottier’s actions resulted in her home insurance premiums skyrocketing to the point she had to exhaust her savings.

“I lost my insurance and my insurance for next year costs $2,000 instead of $800,” Watson said. “You have preyed on people who you thought had money, and just because we live in Sugarmill Woods, it doesn’t mean we have money.”

Jean Averill said her late husband, who was paralyzed and wheelchair bound, fought for years to get his insurance money back because of Cottier’s wrongdoings.

“Unfortunately, he didn’t get to see this day,” Averill told Cottier. “My only hope is that the sentence fits the crimes you’ve committed. I hope you’re in prison for a long time and may God have mercy on you.”

Rauba told Howard that Cottier should be imprisoned for no less than 20 years.

Brian Trehy, who represented Cottier alongside Debra Tuomey, argued to Howard that Cottier was trying to imitate the “successful” business models he was involved in before opening up an office in July 2014 off U.S. 19, across from an entrance to Sugarmill Woods.

However, Trehy added, Cottier’s enterprise hit unexpected snags, like relying on a single roofing subcontractor, but Cottier did nothing malicious in his attempt to recover his company.

“There were events during the operation of his business that led to some catastrophic failures ... and the jury found him responsible for that,” Trehy said. “But I think it is clear that it was never his design to have that outcome, his design was to continue that work there.”

Howard said Cottier had misled his victims by blaming everyone else for his business misfortunes, including fabricating a story that he had cancer and/or chronic obstructive pulmonary disease.

“You were running a shell game,” the judge said.

Trehy recommended Howard split Cottier’s sentence with a probationary term to come before prison so that Cottier can be able to repay his victims.

“The only way to pay them is to put him back in the business," Howard said. “There’s no way I’m doing that.”