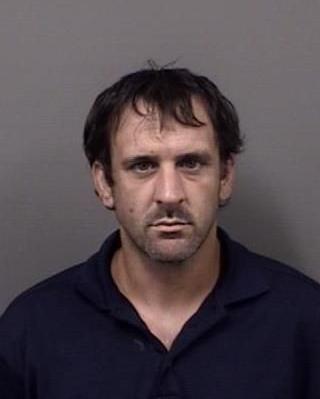 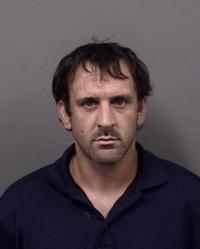 A homeless man from Inverness faces charges connected to his alleged burglary spree targeting a local school and a city park.

According to his arrest reports, Robison broke into the Citrus High School in February 2020 and stole the school’s black-and-gold golf cart, which sheriff’s office investigators later recovered from the Hernando Resource Center.

In June 2020, Citrus High reported another set of burglaries.

According to Robison’s arrest reports, he broke into and damaged the school’s concession stand by the softball field, before taking a freezer chest, a gas grill and food items, valued at roughly $750.

Robison also ransacked the school’s maintenance shed of more than $20,000 in equipment, including: a riding mower, two weed eaters, an edger, two leaf blowers, a hedge trimmer, two drills and other repair parts.

It’s alleged Robison brought the stolen goods from Citrus High to a garage at an Inverness home, where witnesses there told sheriff’s office detectives Robison was storing the items.

Robison is also being accused of stealing two first-aid kits, a $500 iPad, $146 in food and $150 in cash from a concession stand at Whispering Pines Park in Inverness.

According to his arrest reports, Robison confessed to the offenses during interviews with sheriff’s office detectives.

Robison’s total bond for his five burglary-and-theft cases were set at $30,000.