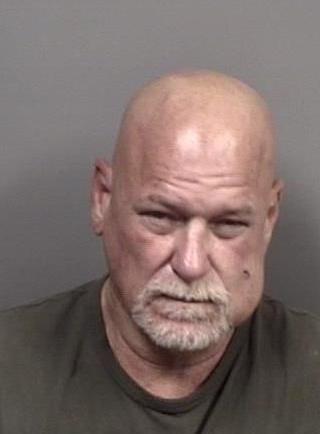 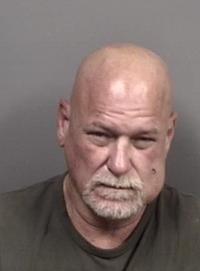 An alleged knifing led to a Homosassa man’s arrest.

According to Tinker’s arrest report, deputies responded Thursday to his home on the 4100 block of South Winding Oaks Drive, where a knife attack was reported.

Deputies detained Tinker while other emergency crews treated an injured man, who was described in the arrest report as Tinker’s potential roommate.

Along the left side of the man’s throat, deputies documented a slice-like, non-penetrating cut with wet blood around it, according to Tinker’s arrest report.

Deputies questioned the wounded man, who said Tinker invited him into his home roughly a week-and-a-half ago to live with him because he didn’t have a house of his own.

He told deputies he and Tinker have been arguing because of Tinker’s substance abuse. Tinker locked the man out of the house earlier Thursday evening, he told deputies, causing him to call 911.

According to the man, a deputy arrived to tell him and Tinker their dispute was civil in nature and required an eviction.

When the man went inside the house, Tinker met him in the living room.

According to the arrest report, the man told deputies Tinker said he was going to kill him when he walked by him, prompting the man to turn back at Tinker.

After the man spun around, Tinker swung and struck him near his throat. Afterward, Tinker showed a knife he had hidden in the hand he struck the man with.

According to the man, he struck Tinker in his face when Tinker had the knife raised at him, allowing him to escape outside and notify the deputy still there from before.

Deputies recovered the knife the man said Tinker had — a fillet-like blade that was a few inches long — from a kitchen sink.

Tinker, according to his arrest report, didn’t want to speak with deputies, who noticed an injury to left side of his face.