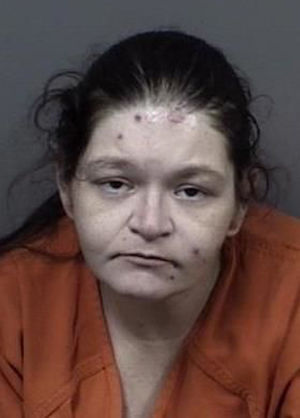 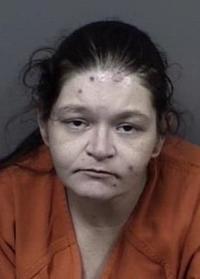 After a deputy responded to a well-being check at a Circle K gas station in Floral City, a woman was found sleeping in her car with a smoking pipe and burnt folded piece of tin foil at her feet.

When the deputy knocked on the woman’s car door, she woke up and opened the door in a confused state, according to the arrest affidavit. The deputy asked if she was OK, to which she responded she was just sleeping.

The woman, 27-year-old Anastacia Hale, stepped out of the car per the deputy’s request after observing the pipe and tin foil on the floorboard. She was asked if there was anything else illegal inside the vehicle and she told the deputy there was some “boy” in her wallet. The term “boy” is a street name for heroin/fentanyl.

Per field testing by the deputy, the substance tested positive for fentanyl and several other chemicals.

Hale was placed under arrest on charges of possession of drug paraphernalia and two counts of possession of controlled substance. She was transported to Citrus County Detention Facility with a total bond of $5,000.

Once Hale reached the county jail, however, a correctional officer performed a search of Hale’s body while she was being processed and discovered more narcotics on her.

Concealed within Hale’s bra was a clear plastic baggie containing a crystal-like substance and a folded white piece of paper containing a white powdery substance, per the arrest affidavit.

The correctional officer reported that Hale immediately identified the substances as methamphetamine and fentanyl, and later identified them again to the original arresting officer while she was emotional.

The charge of introduction of narcotics to a detention facility was added, bringing Hale’s bond to $9,000 total.