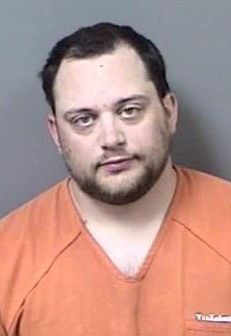 Moments after being arrested by the Florida Department of Law Enforcement on Friday, Charles Wigglesworth’s short tenure with the Citrus County Sheriff’s Office was terminated.

FDLE launched its investigation Monday, March 30, according to the FDLE news release, at the request of Sheriff Prendergast and the Citrus County Sheriff’s Office. CCSO Sex Crimes Detective Bruce Arnold assisted the FDLE in the investigation.

Wigglesworth was booked into the Citrus County Jail and ordered held without bond until after first appearance, which is scheduled for Saturday. The case will be prosecuted by the State Attorney’s Office, Fifth Judicial Circuit.

“I think without hesitation, I considered asking FDLE to come in and help out, because it is someone who is a sworn law enforcement officer within the agency,” Prendergast said Friday evening after the FDLE released the news. “I am intolerant of people who do violate their sacred oath of office to protect our citizens and serve all with honor and dignity. I am especially offended by an act of this nature that constitutes a capital crime against a child under 12 years.”

The Chronicle is awaiting a public record’s request from the FDLE for additional information regarding the charges against Wigglesworth.

A Citrus County Sheriff’s Office deputy who was fired after his arrest on child-sex charges will remain jailed without bond.