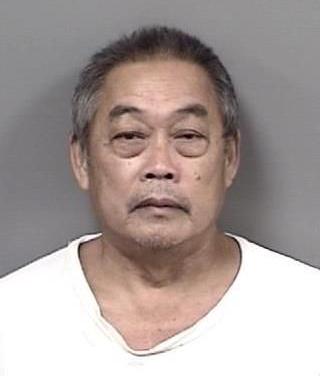 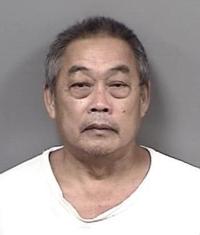 Miranda was also jailed on two misdemeanor counts of animal cruelty for allegedly letting a pair of dogs suffer outside on his property in 106-degree heat without food, water or shelter.

Miranda’s initial bond was set at $47,000, which a judge left unchanged during Miranda’s first appearance in court on Thursday. If Miranda is released on bond, he’s not allowed to have animals, the judge also ordered.

According to Miranda’s arrest report, the sheriff’s office responded Wednesday to Miranda’s homestead in the 6600 block of West Copenhagen Street to investigate a possible breeding site of fighting roosters.

Each rooster also had its comb, wattle and natural spurs removed to prepare them for cockfighting with artificial and weaponized spurs attached to their legs.

According to his arrest report, Miranda told investigators started breeding roosters around eight months ago to be altered and sold for fights, and sold roosters at around $300 each to a broker in Georgia who then sold the birds to unknown individuals in the Philippines.

Miranda showed authorities he owned nine of the fighting roosters being bred on his property by pointing out the black zip ties around the birds’ legs.

According to the sheriff’s office, 59 roosters and hens, along with the two dogs, were seized by the agency’s Animal Control Unit.

Aug. 31 was scheduled as Miranda’s arraignment in court. If he’s convicted as charged for his nine felonies, Miranda would face a prison sentence of up to 45 years.

Miranda’s arrest was the second time in less than two weeks sheriff’s office authorities jailed someone in connection with cockfighting.

Further investigation is ongoing to determine if additional suspects are connected to either Miranda’s alleged breeding operation or the cockfighting venue in Floral City, according to the sheriff’s office.

A second person was jailed in connection to an alleged operation near Dunnellon to breed and sell fighting roosters.