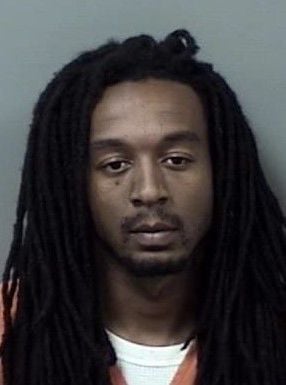 A search warrant executed by the Citrus County Sheriff’s Office Tactical Impact Unit on Tuesday night lead to the arrest of a 26-year-old Citrus Springs man on a number of a drug-related charges, including trafficking in cocaine.

In addition to the charge of trafficking in cocaine, Simeon Kyle Hopkins was charged with manufacturing cocaine, possession of a controlled substance and lease drug dwelling. His total bond was set at $28,000, according to a sheriff’s office arrest affidavit.

Sheriff’s deputies responded to the 1500 block of West Gainesboro Lane in Citrus Springs, the report stated. Once there, detectives detained Hopkins, read the search warrant aloud and read him his Miranda Rights, which he understood. He agreed to speak with law enforcement officials in which the interview was digitally recorded. Hopkins told detectives he had lived at the residence for about a year-and-a-half.

During a search of the home, authorities found a clear plastic baggie containing approximately 30 grams of crack cocaine in Hopkins’ bedroom, the report stated. Next to the bag of cocaine was a .40 caliber Glock 23 handgun, loaded with 13 rounds on the nightstand. On the dresser, authorities found a small, clear plastic baggie containing a blue, unknown substance. In the top drawer of the nightstand, deputies found a box of 9mm ammunition and a glass pipe with cannabis residue.

According to the report, detectives found a black digital scale in a drawer near the kitchen sink, a straight razor blade with cocaine residue next to the sink and a jean bag containing cocaine manufacturing equipment that included a metal pot, three metal measuring cups, hot plate and two forks. Deputies also found one-and-a-half Oxycodone Hydrochloride 15 milligram tablets on the kitchen counter.

In another bedroom, the report noted, authorities found a large, glass water bong used to smoke cannabis and a gun safe, which Hopkins provided the code for. Inside the safe were two rifles, four handguns and a shotgun along with ammunition and $2,000 cash.

Inside the garage, another digital scale was found, according to the report. All items were photographed, collected and turned into evidence.

Hopkins was then transported to the Citrus County Jail.