A Citrus County man and nine other business people were named in a federal indictment for their alleged involvements in a $1.4 billion, multi-state health care scheme.

Sean Porter, 52, of Crystal River, faces charges of conspiracy to commit money laundering and two counts of money laundering, according to the indictment unsealed Monday, June 29, 2020, at the U.S. District Court in Jacksonville. 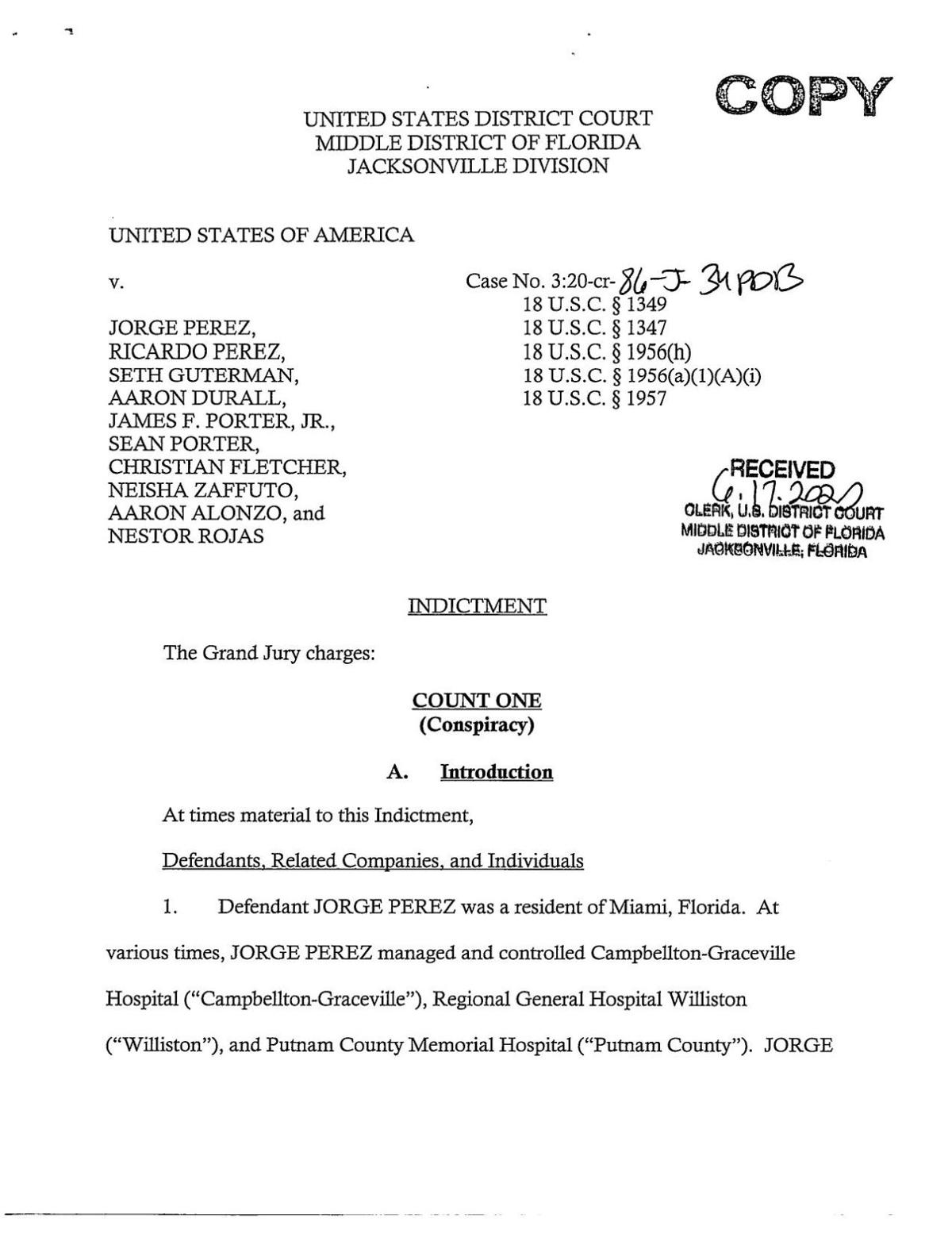 From November 2015 to February 2018, the indictment alleges, the defendants conspired to bill private insurance companies with fraudulent claims for urine-and-blood lab testing, and laundered roughly $400 million for themselves.

Sean Porter is accused of laundering money through TYSI LLC, which he owned and managed out of Crystal River, and made off with around $3.06 million in proceeds from the scam.

According to the indictment, some defendants bought and took over four, financially-troubled hospitals in rural areas of Florida, Georgia and Missouri.

These hospitals then entered into lawful contracts with several private insurers — including Florida Blue and Aetna — to decide reimbursement rates for medical claims.

Insurers were willing to pay higher reimbursements to rural hospitals for expensive urinalysis and blood tests because the facilities weren’t best equipped to handle large-scale testing.

According to the indictment, the alleged conspirators would bill insurers for testing at the hospitals but conducted most of the tests at outside laboratories they also controlled.

“This was allegedly a massive, multi-state scheme to use small, rural hospitals as a hub for millions of dollars in fraudulent billings of private insurers,” Assistant Attorney General Brian A. Benczkowski, of the Justice Department’s Criminal Division, said in a June 29 news release.

Some tests weren’t even medically necessary, according to the indictment, as the alleged conspirators provided kickbacks to recruiters, substance-abuse treatment centers and sober homes for urine specimens.

Sean Porter is scheduled to be arraigned on either June 30 or July 1 before U.S. Magistrate Judge Joel B. Toomey.