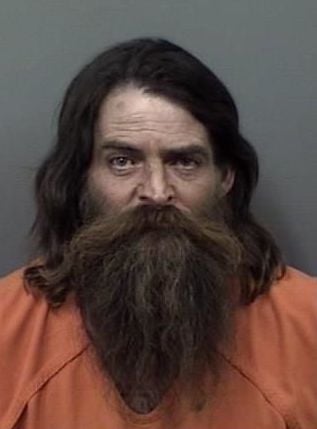 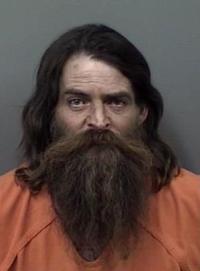 A Crystal River man was arrested on a charge of aggravated battery with a deadly weapon, accused of striking a woman in her head with a baseball bat and knocking her unconscious.

When he was jailed, Lolley’s bond was set at none as the alleged offense was domestic in nature.

A judge at Lolley’s first court appearance on June 29 reset the bond to $10,000, according to the Citrus County Detention Facility on July 1.

Lolley must wear a GPS device if he posts bail, the judge ordered.

According to Lolley’s arrest report, obtained July 1, Citrus County Sheriff’s Office Deputy Nicholas Erdman was dispatched to a redacted address, where a 911 hangup was reported.

When he arrived, Erdman found a woman stumbling around outside a trailer. She told the deputy “Jacob hit me,” and pointed to the left side of her head to show a bleeding, golfball-sized lump, the arrest report shows.

She told Erdman she and Lolley were arguing when Lolley grabbed an aluminum bat and struck her, causing her to lose consciousness.

A neighbor told Erdman Lolley and the woman had been drinking and argued for most of the day, and spotted Lolley run into a neighboring trailer just before the deputy arrived.

Erdman approached the trailer in question and spotted Lolley inside, drinking a beer, according to the arrest report. Lolley’s statements to Erdman were redacted from his arrest report.

Lolley’s next court hearing is his arraignment, set for July 14.