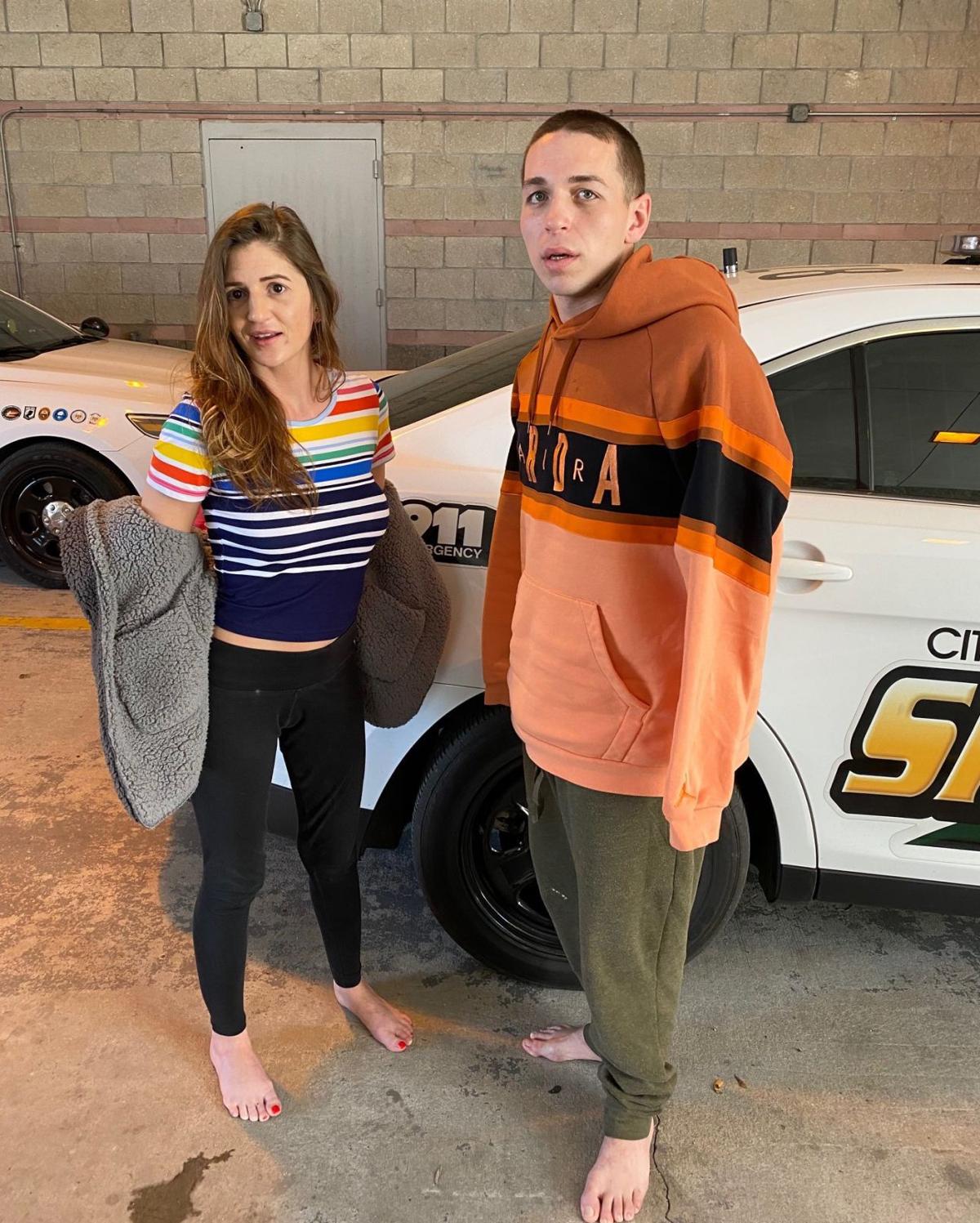 Brittany Carlton and Sean Heaney before they're processed Monday at the Citrus County jail on drug and counterfeiting charges. 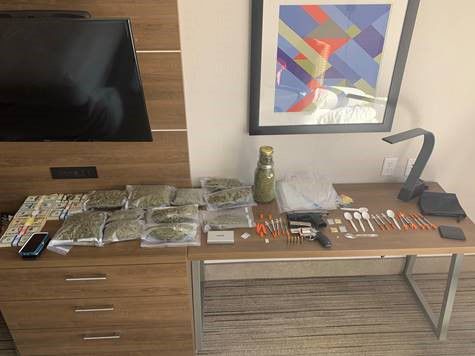 Evidence seized Monday from a Lecanto hotel, where deputies found a Florida couple had rented a room with counterfeit money.

When a Florida couple allegedly rented a Lecanto hotel room earlier this week with money printed for Hollywood, it didn’t take long for police to knock on their door.

Citrus County Sheriff’s Office deputies responded Monday to the Holiday Inn Express at 903 E. Gulf to Lake Highway, where a clerk reported that Sean Heaney and Brittany Carlton paid Saturday for a room with $140 in made-for-motion-picture cash, arrest reports show.

When deputies entered the couple’s room, they found Heaney sitting on a bed, in reach of a loaded pistol and revolver, along with empty syringes and spoons covered with drug residue.

Inside a grocery bag next to a bed, deputies confiscated roughly 900 counterfeit bills, arrest reports state.

They also discovered jars on the nightstand and bags in room’s closet safe containing a total 1,841 grams — or around 4 pounds — of marijuana.

Sheriff’s office investigators believed the couple was packaging the marijuana for sale while injecting themselves with methamphetamine, heroin and prescription pills that were also found in the room, according to arrest reports.

In an interview with deputies, 30-year-old Carlton, of Dover, reportedly claimed ownership of the marijuana and both firearms. Heaney, 26, of Hernando, denied knowing about the guns and replica notes in his statement to police.

Deputies learned that Heaney was a three-time convicted felon, dating back to August 2013 in Citrus, Orange and Hillsborough counties, arrest reports show.

A judge at Heaney’s first court appearance on Tuesday kept his bond at $35,000, court records show.

Carlton was arrested on charges of possessing marijuana with intent to sell, possessing pills without a prescription, possessing drug paraphernalia and four counts of possessing a controlled substance. A judge on Tuesday set her bond at $11,000.

Heaney and Carlton will be arraigned in court on Feb. 10.