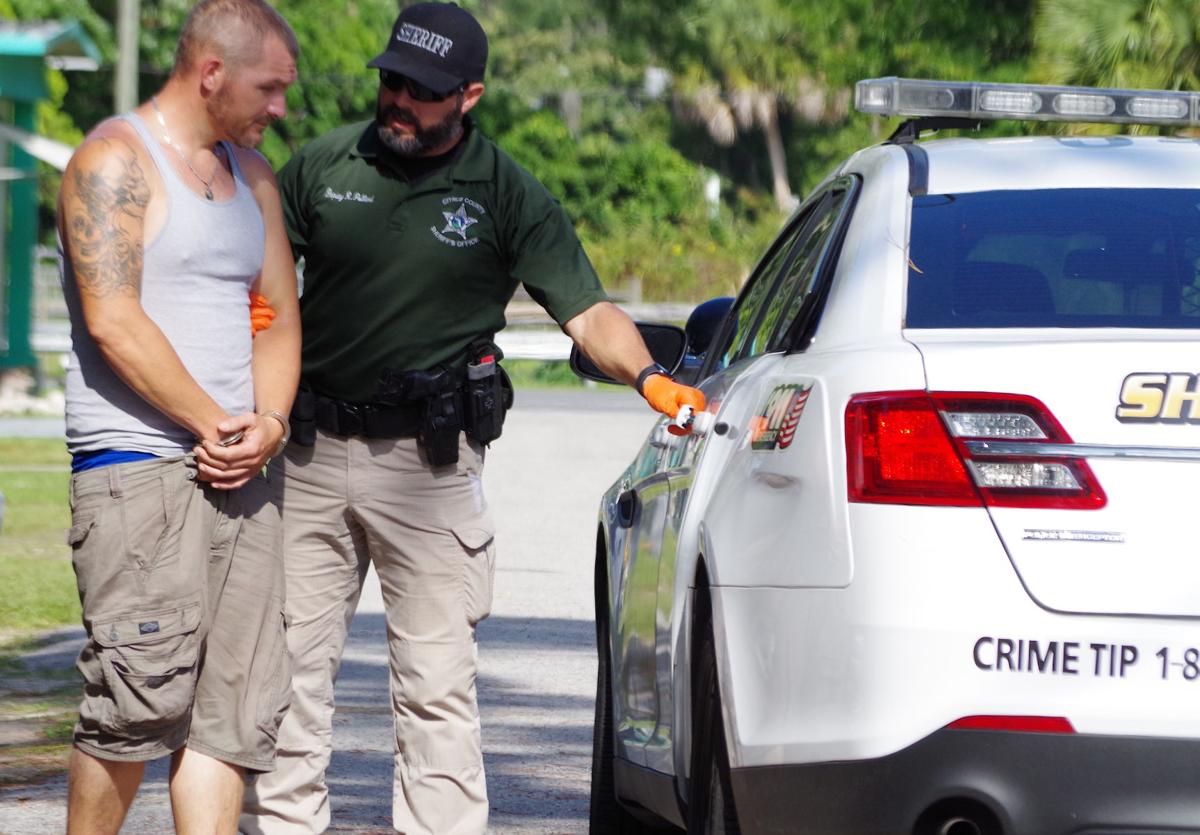 A Citrus County Sheriff's Office deputy escorts a handcuffed man to a patrol car Tuesday morning after authorities raided a home off of Northeast Second Street in Crystal River to seize illegal drugs. 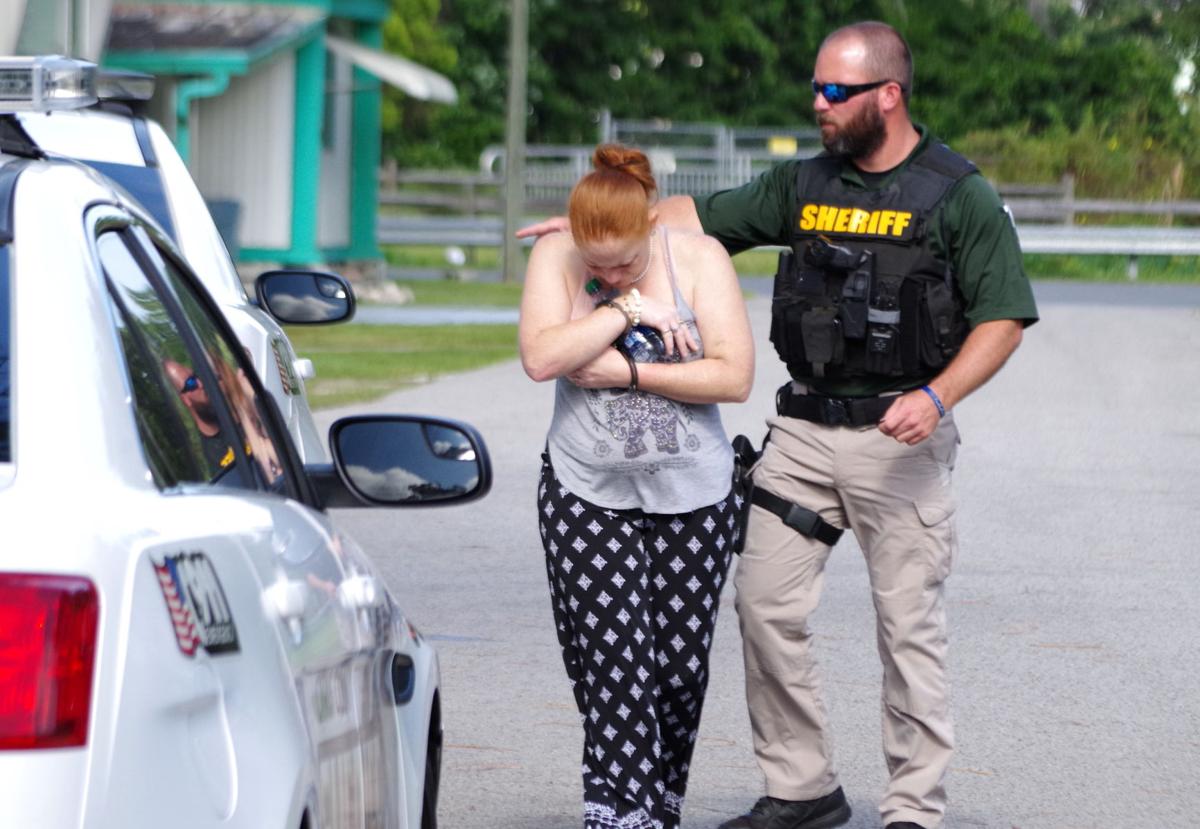 A Citrus County Sheriff's Office deputy directs a handcuffed woman to a patrol car after she was apprehended Tuesday morning during a drug raid of a Crystal River home off of Northeast Second Street within the Hunter Springs Residential Community. 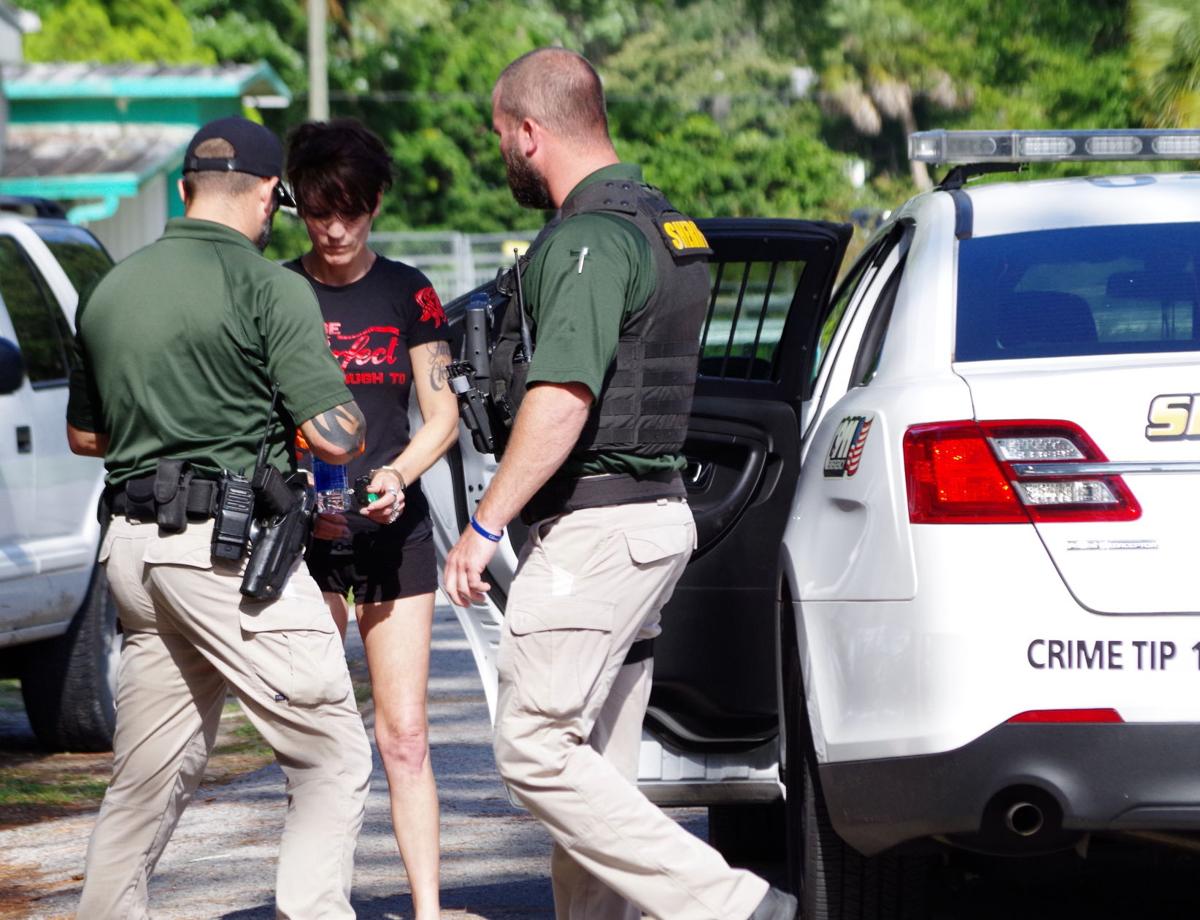 Citrus County Sheriff's Office deputies give a handcuffed woman a bottle of water Tuesday morning after apprehending her during a raid of a home off of Northeast Second Street in Crystal River.

Citrus County Sheriff’s Office deputies and undercover narcotics detectives with the agency’s Tactical Impact Unit detained five people at around 8:20 a.m., after serving a warrant to search a mobile home within the Hunter Springs Residential Park at 316 NE 2nd St.

No injuries were reported.

“Everyone complied,” Sheriff Mike Prendergast told a Chronicle reporter at the scene.

Inside the home, located on lot 15 of the neighborhood, deputies found what they described as a “smorgasbord” of illegal narcotics, including a trafficking amount of heroin found beside a firearm and a substantial amount of cash.

“It was a small space with a lot of stuff,” Prendergast said.

After interviewing their detainees, narcotics detectives escorted a handcuffed man and two women to patrol cars.

No additional details on those arrested were released by the sheriff’s office by Wednesday’s print deadline.