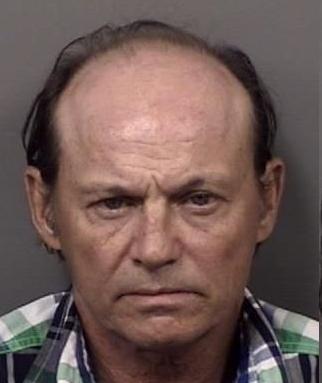 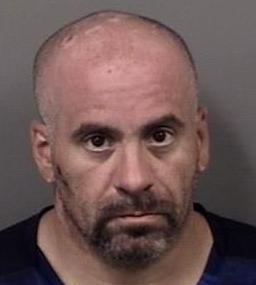 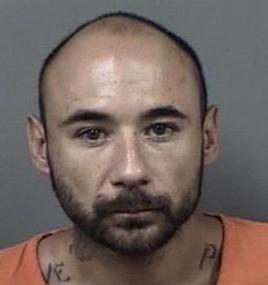 A traffic stop after a driver was speeding more than 30 mph over the speed limit led to the arrest of a Lakeland man for driving without a license after multiple prior suspensions and violation of probation, according to the Citrus County Sheriff’s Office.

A Citrus County Sheriff’s Office deputy arrested Fredrick Harry Ohara, 57, after he saw Ohara drive 77 mph on U.S. 41 near East Dearborn Derive, according to arrest documents. The speed limit is 45 mph, according to road signs.

The arresting deputy said Ohara told the deputy he knew he was stopped because of speeding and estimated his own speed at 75 mph, according to arrest documents.

The deputy reported Ohara had several driver’s suspensions, the latest being in 2018, and his driver’s license was also currently suspended. Driving with a suspended license also violated his probation.

According to arrest documents, Ohara was on probation beginning in 2019 for burglarizing an unoccupied dwelling in Polk County. That probation was scheduled to end in 2021.

The arresting deputy took Ohara to jail with no bond.

Citrus County Sheriff’s Office deputies on Wednesday, June 16, 2020, arrested Timothy Michael McKibbon, 41, charging him with grand theft of less than $300 and burglary of an uncoppied residence.

The incident began when an area neighbor telephoned the CCSO and told the law enforcement agency they saw two men walk around the home at 4 N. Monroe St., Beverly Hills, and make their way inside.

Deputies arriving at the house found McKibbon, of 4524 N. Remington Terrace, Hernando, there, according to arrest documents. They did not find the second man. Arresting deputies also reported many tools at the front door prepared to be taken out of the home.

McKibbon told deputies another man he knew asked him for a car ride to the vacant home. When they arrived, the other man told McKibbon he planned to burglarize the house, according to the arrest report. He told deputies he entered the house by way of an unlocked back door after seeing no one was home, according to arrest records.

McKibbon told deputies when he saw the other man bring items from the house to the front door he also began taking things, including a power drill and paint gun and put them on the backseat of his four-door Saturn sedan, according to arrest reports.

A deputy at the home looked in the car and saw the items McKibbon described. Deputies arrested McKibben and took him to the county jail. His bond was set at $12,000.

The Citrus County Sheriff’s Office said it arrested a Hernando homeless man linked to an April home burglary and theft of jewelry.

This is what led to the arrest of Joshua Dale Larkin, 32, according to his arrest report.

On April 23, 2020, the victim of a home burglary told deputies that when she arrived home she found the remnants of a cigar by her front door. When she went inside to her spare bedroom she saw that her jewelry box had been cleaned out and several silver and gold necklaces, bracelet, and rings were missing, according to the arrest report. Also missing was a collection of small, metal replicas of antique automobiles.

The victim told deputies when she went into her bedroom, she again saw the remnants of a cigar on her dresser, which was not the same as the 305 menthols she smoked, according to the arrest report.

Missing from the dresser was another jewelry box, a gold watch and bracelet.

The victim told the arresting deputy that about a month before, a neighbor saw a man trespassing on her property and the CCSO was notified. The deputy at the time identified Larkin as the trespasser.

On June 15, 2020, the arresting deputy found and spoke with Larkin at the county jail. He had been arrested on unrelated charges.

According to the arrest report, Larkin admitted to again “squatting” on the front porch of the victim’s home and that he went inside to use the bathroom and steal food to eat. He said he did not find anything to eat, but did remember smoking inside the home and left the unsmoked portion in the kitchen. He told the arresting deputy he did not steal any jewelry from the home.

The arresting deputy charged Larkin with grand theft of less than $5,000, but more than $750 and burglary of an unoccupied dwelling.