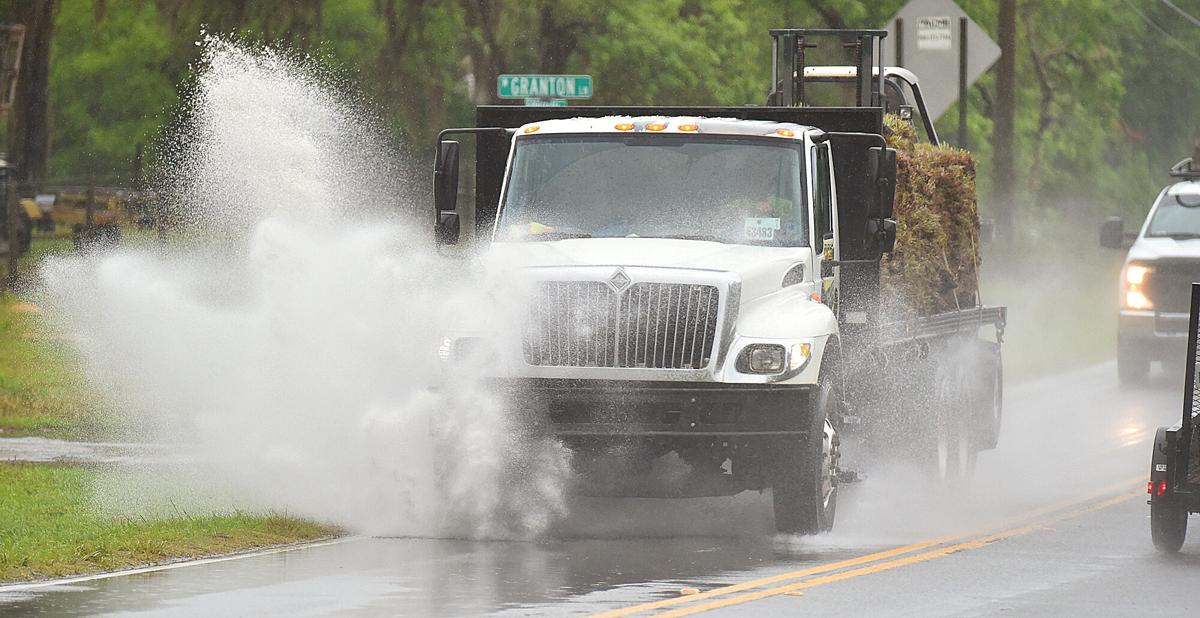 Summer rain is great for lawns but it's the dry months that has residents concerned about once-a-week watering restrictions. Summer rain is great for lawns but it's the dry months that has residents concerned about once-a-week watering restrictions.

Property owners reside in the Citrus Hills community of Terra Vista for various reasons, but one is the deed-restricted assurance of nice, plush green lawns.

So residents howled when the county enacted once-a-week watering a year ago based on potential overpumpage permit violations its system has with the Southwest Florida Water Management District.

And prior to the spring’s dry season exploding into summertime storms, residents stood by helplessly as their lawns tanned.

“We cannot go seven days without water like we did in March, April and May,” Carol Scragg told county commissioners Tuesday morning.

Scragg and her neighbors gathered at a workshop designed to find the root cause of water restrictions and what the county could do about it. The matter will come back on a future board meeting agenda.

Among the issues discussed:

• Permitting is the driving force behind the county’s once-a-week irrigation restriction. The county’s permit with the water management district has an average allowable per day usage of just under 4.6 million gallons for the Charles A. Black well, which serves 26,000 people in numerous central Citrus County communities, including Citrus Hills.

Water Resources Director Ken Cheek said the water district, commonly called Swiftmud, sent the county a letter in June 2020 saying it was exceeding the permit for the Charles A. Black well. Water restrictions followed in all areas outside of the incorporated Crystal River and Inverness.

• The current Charles A. Black permit expires in March 2022. Commissioners said that gives the county time to negotiate a new permit that allows more water usage, particularly anticipating the county’s residential growth over the next 10 years.

“It does not look like we have a water-use problem. We have a permit issue,” Commissioner Jeff Kinnard said. “If we didn’t have a permit problem, we probably wouldn’t be here today.”

• Are year-round water restrictions necessary? Commissioner Holly Davis suggested returning to twice-a-week irrigation only during the dry months, such as in early spring

“We have to conserve our water,” she said. “We also have to solve the short-term problem of lawns dying during dry season.”

Both Kinnard and Davis said they would favor exemptions to the water-use ordinance for communities that receive their irrigation water from a separate permitted well system.

“I don’t believe in just turning everybody loose to do what they want,” Carnahan said.

Kitchen added: “We’re all in this together. The water is under us all.”

The root problem is overdevelopment. The aquifer can't recharge fast enough to keep up with use, and may not be adequate to maintain the number of "plush lawns" Citrus Hills is aiming to maintain. Carrying capacity is 8th grade environmental science. Making a neighborhood aesthetically pleasing to some part time residents isn't part of the equation.

Part-time residents?????? They are not even in town this time of year. Your bias is dumb- you are just jealous because u dont have the money to have two homes? Who would ever be in florida in the summer if they had a choice? I learned this in grade 8 social studies class. Betcha this dude moved to fla from new york.....