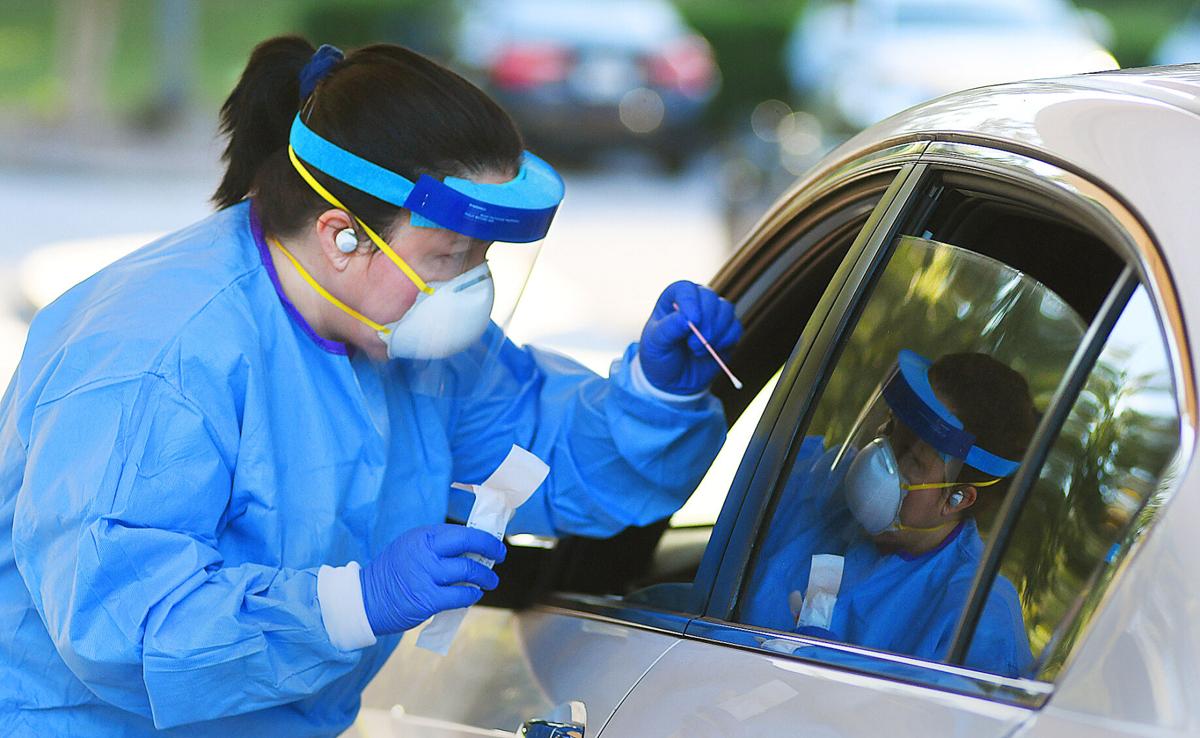 A staff member with the Citrus County Department of Health administers a COVID-19 test to a patient Wednesday, Aug. 5, 2020, outside of the Citrus Springs Community Center.

Commissioner Scott Carnahan had recommended that $300,000 in CARES dollars be given to the housing services division, to help pay rent, mortgage and utilities for residents suffering the economic fallout of COVID-19.

Instead, Carnahan said Monday he will drop the idea and instead follow through on the county’s plan to provide $450,000 to United Way over three payments to also provide rent, mortgage and utility payments for those who lost jobs or wages due to the pandemic.

“My concern is they won’t get the money out there quick enough,” he said.

Citrus County United Way chief executive officer Meghan Pitzer said she dropped off her portion of the contract to the county on Monday. It says United Way has until Aug. 31 to spend the first $150,000 draw, though she expected the funds will be spent before then.

“People are calling our office left and right,” she said.

Carnahan said the state and county is expecting an additional funding boost for housing services unrelated to the CARES program.

Commissioner Jeff Kinnard said even though United Way and Housing Services offer similar programs for residents, the CARES funds may be spread out over a longer period as the community continues to adjust with COVID-19 economically.

“There is no rush to spend all of this money right now,” he said. “We’ve got to get this money into the hands of people who need it. Nobody knows what the end of this looks like.”