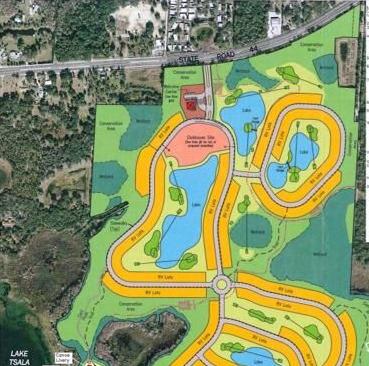 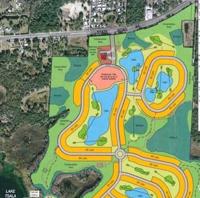 The Preservation Point RV Resort development plan as presented to the Inverness Council.

The same day a judge ruled in its favor on a disputed annexation with the city of Inverness, the county filed a motion for attorney’s fees.

It may have been premature.

Board Chairman Scott Carnahan said the county shouldn’t seek attorney’s fees from the city over the annexation case.

“We need this to stop,” Carnahan said. “We don’t have to go after attorney fees. It’s all taxpayers' money. The judge ruled on it and we need to move on.”

The county commission will discuss the matter at its regular meeting, starting at 1 p.m. Tuesday, July 13 at the courthouse, 110 N. Apopka Ave., Inverness.

A judge last week threw out the city’s 2019 voluntary annexation of New Horizon Funding Inc., 234 acres owned by attorney John Eden for an upscale RV resort called Preservation Point. The judge said the annexed property, sitting alongside Lake Spivey, and the city limits “do not touch or adjoin in any reasonably substantial sense and do not share a common boundary at all.”

Eliminating the annexation may have no effect on the development. Work has already begun under city land-development regulations, which city officials said mirrored those of the county’s, in case the lawsuit ended in the county’s favor.

The city council on Tuesday decided not to appeal.

Although the county filed a motion for attorney’s fees, it didn’t say how much it would be seeking from the city. County Attorney Denise Dymond Lyn said Friday she had not yet totaled the amount that outside attorney Dale Scott charged the county on the annexation case.

Lyn said in an email to the Chronicle that the motion was filed “in an abundance of caution to protect the county's legal interest,” but that it would ultimately be the board’s decision whether to pursue the motion.

Carnahan, who has the matter Tuesday under his agenda, said he wants to make sure the county doesn’t slow down Eden’s progress.

“I’m here for Mr. Eden and his project and his investors,” Carnahan said. “It’s a good project.”

Correct. Move on to issues that are having a bigger impact on the county like the Suncoast Parkway and getting it to Red Level quickly. Also the county has received a lot of funds for projects thanks to Representative Massullo and Senator Simpson. Are they being used for the purpose they were intended for or are they sitting in the general fund?