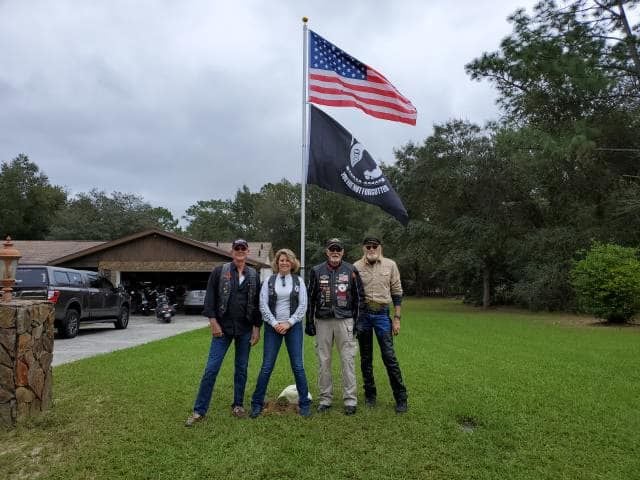 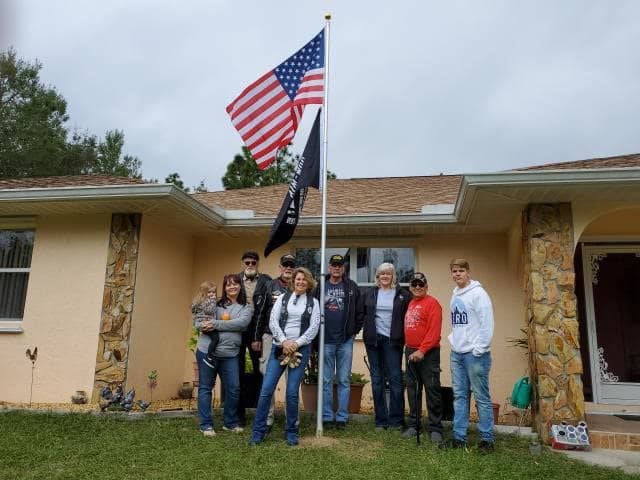 Recently, a local disabled veteran reached out on social media asking for help acquiring and installing a flagpole for him at his home. Rolling Thunder president, Patricia Kallenbach, got wind of his request and offered to provide the pole, flags and the members, to help this veteran show his patriotism.

Another veteran reached out through this conversation and expressed his need for help in getting a flag pole at his home as well. Rolling Thunder said "Yes!" They rode in on a chilly Saturday morning, some in their trucks and cars and a few brave souls followed with the rumble of the rolling thunder sound of their motorcycles. They spent a great hour or so with each veteran thanking them for their service and installing their flag poles and flags.

Rolling Thunder®, Inc. is not a motorcycle club. There are no membership requirements to own or ride a motorcycle, or be a Veteran. They are a veterans’ support not-for-profit organization dedicated to holding government accountable for a full accounting of the more than 91,000 men and women who never returned from previous wars. The missing can’t speak for themselves, so Rolling Thunder®, Inc. speaks for them.

The major function of Rolling Thunder®, Inc. is to publicize the POW-MIA issue;

To educate the public that many American prisoners of War were left behind after all past wars; To help correct the past and to protect the future veterans from being left behind should they become prisoners of war-missing in action.

Second, they are committed to helping disabled veterans from all wars.

Each and every individual donates his or her time because they believe in the issues at hand.