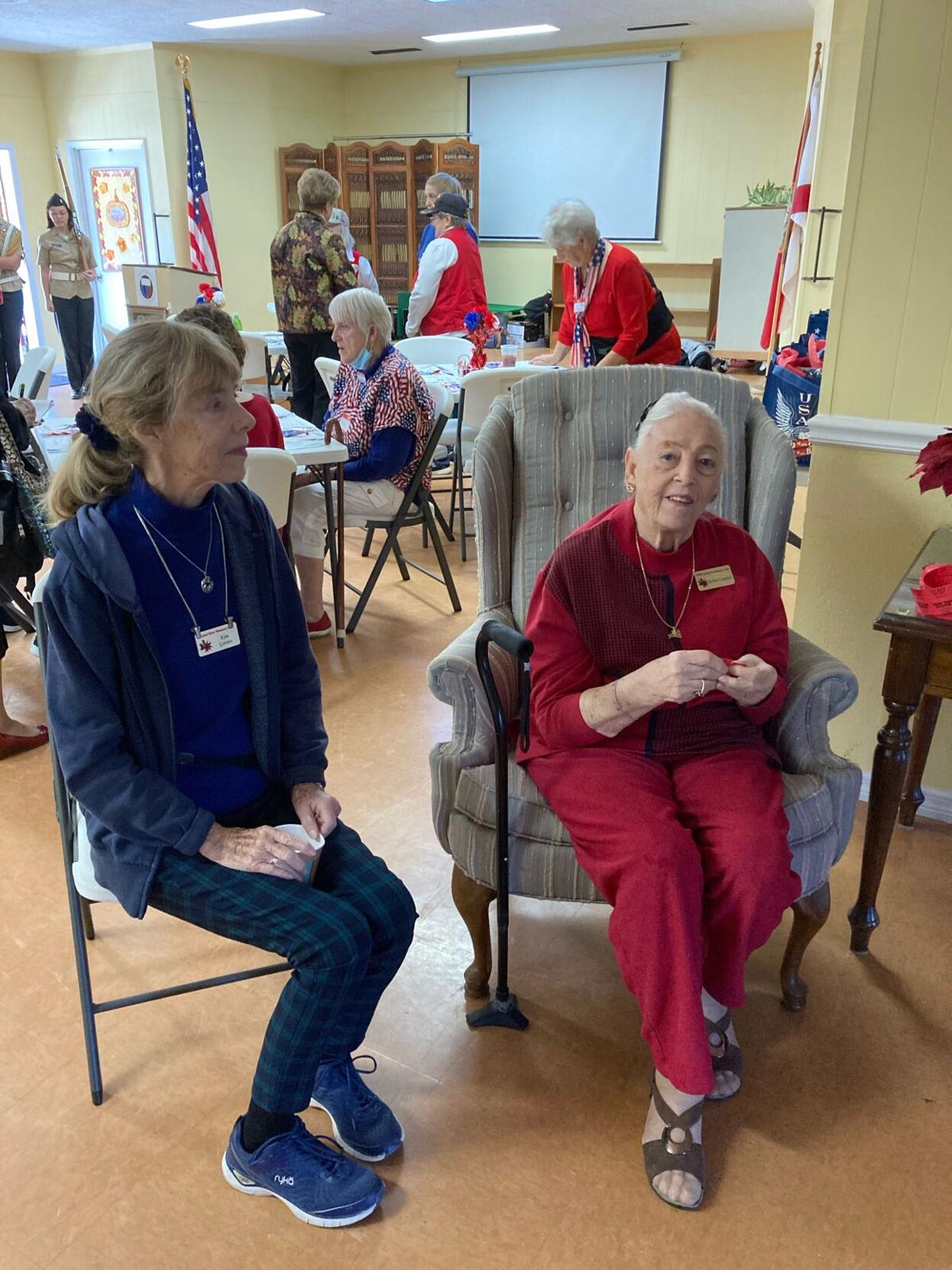 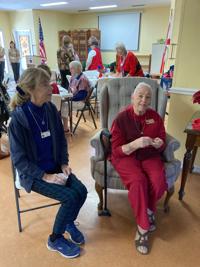 GFWC Crystal River Woman’s Club hosted a luncheon recently honoring lady veterans for their service in the military. Members of the club greeted the veterans as they came in the clubhouse. At left is Kim Gaines and on the right is Barbara Campbell. 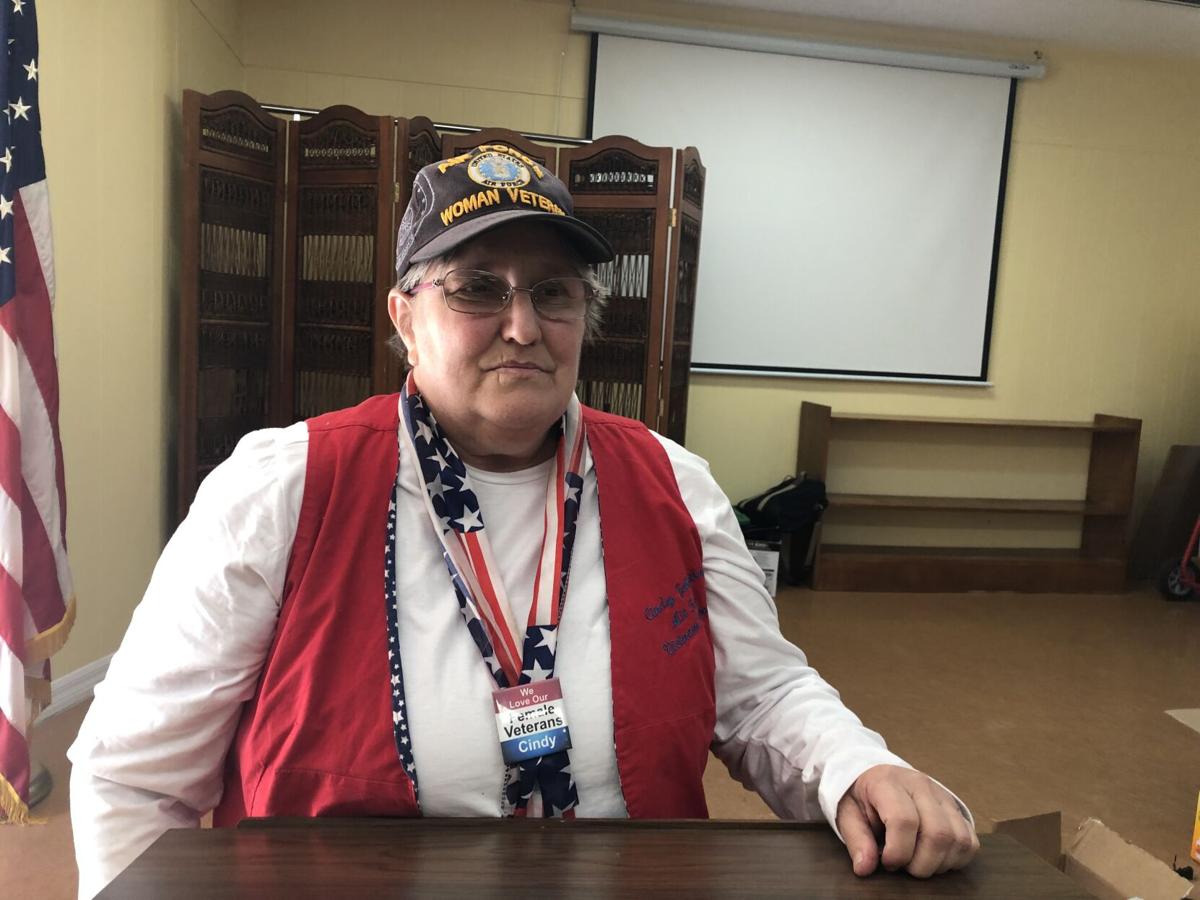 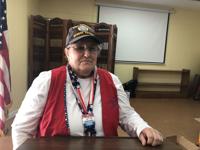 The guest speaker at the GFWC Crystal River Woman’s Club’s luncheon honoring women in the military was Cindy Johnston who served 12 years in the U.S. Air Force. 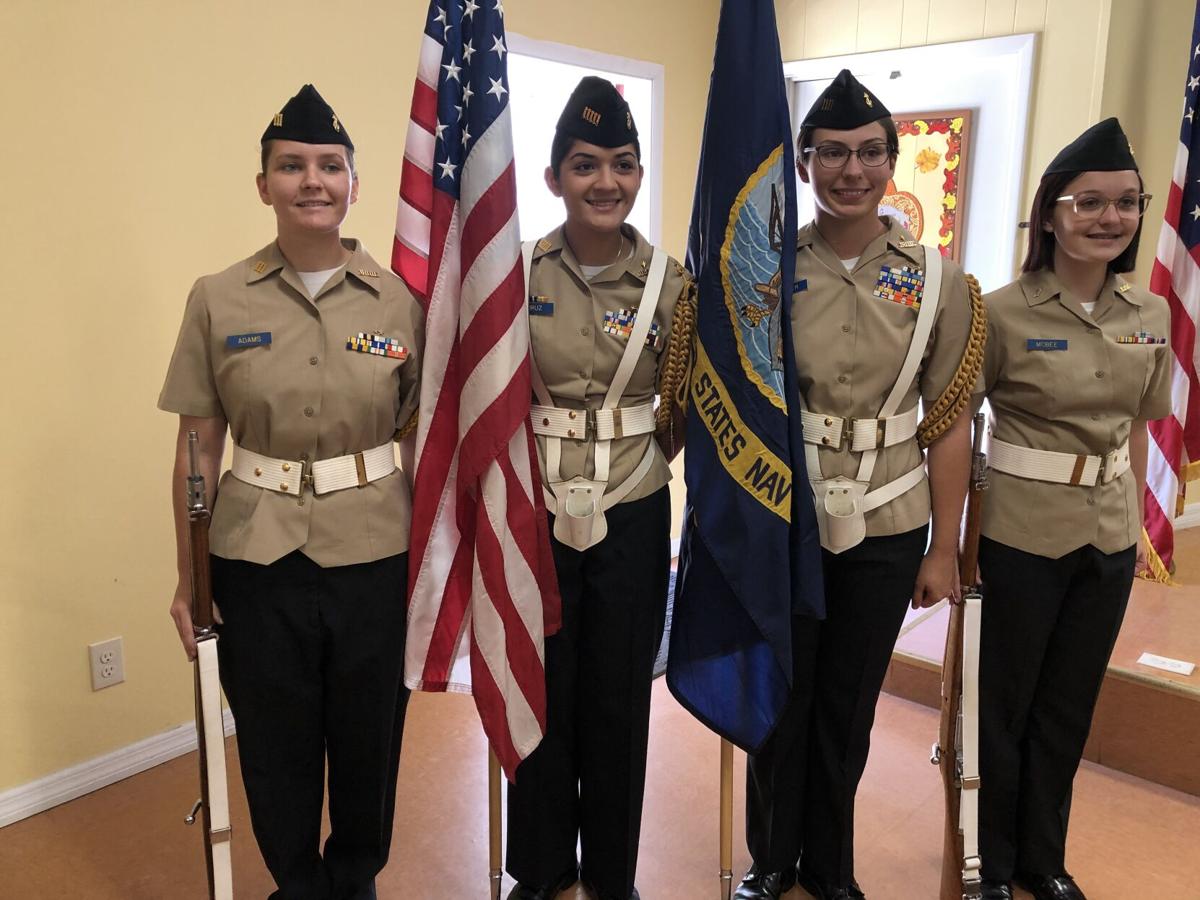 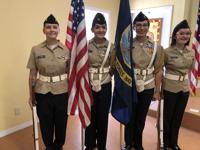 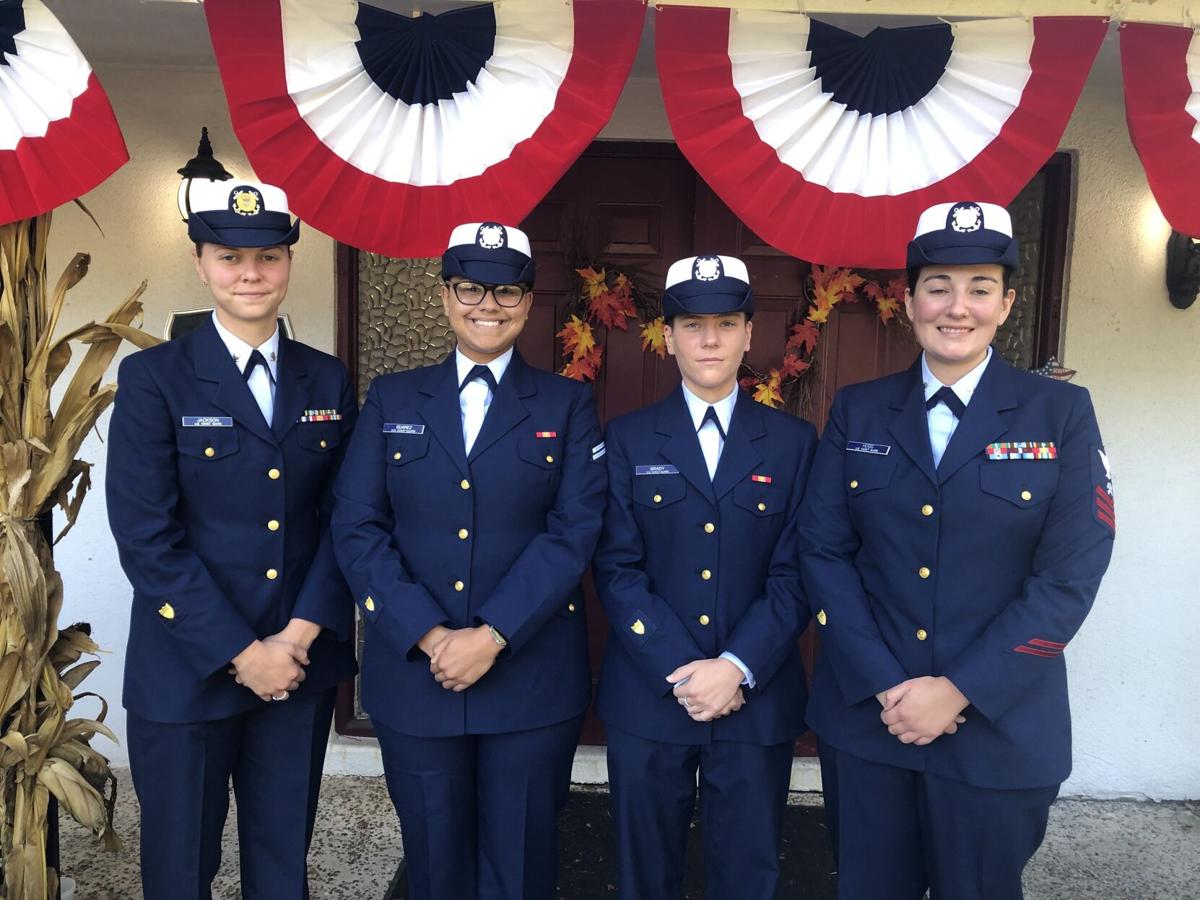 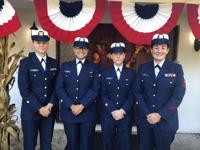 GFWC Crystal River Woman’s Club hosted a luncheon recently honoring lady veterans for their service in the military. Members of the club greeted the veterans as they came in the clubhouse. At left is Kim Gaines and on the right is Barbara Campbell.

The guest speaker at the GFWC Crystal River Woman’s Club’s luncheon honoring women in the military was Cindy Johnston who served 12 years in the U.S. Air Force.

Let’s hear it for the red, white and blue and our military women who served in many different capacities.

Numerous Citrus County women who served our country in the U.S. Navy, U.S. Army, U.S. Coast Guard and U.S. Air Force were well represented as the GFWC Crystal River Woman’s Club honored them at their annual women’s military luncheon. This was the first time there were not any women from the Marines.

A few women in the club also served in the military.

Woman’s club member Leslie Martineau has chaired this event for many years and welcomed everyone. She also introduced special guests such as Commissioner Holly Davis.

Another well-known was introduced — Cynthia Henderson, founder and president of the Female Veterans Network, along with some of her members. Henderson served proudly in the Air Force during the Vietnam era.

The luncheon began with the Presentation of Colors followed by the Pledge of Allegiance. Crystal River High School’s NJROTC Color Guard presented the colors.

Margaret Williams is the president of the GFWC Crystal River Woman’s Club and provided each of the military women a Hershey chocolate bar decorated in a red, white and blue cover.

“I ordered them from my niece who works at Hershey and then I put the additional wrappers on them,” said Margaret Williams, who also had the wrappers made for the event.

Army veteran Carole Jasler, who served three years in communication during the Vietnam era, led everyone in singing the National Anthem. And later, she started each branch of the service with their military theme songs.

A scrumptious chicken salad lunch was served and everyone received a red, white and blue cupcake for dessert.

There was a free raffle with one winner from each branch of the military taking home a lovely throw honoring the Army, Navy, Coast Guard and Air Force. Many of the women also won door prices as their ticket numbers were called.

Club member Libby Wentzell was in charge of the door prizes.

Jan Torppa served in the U.S. Navy in 1952 and was in the administrative department.

“We were called ‘Waves’ back then,” Torppa said.

Barbara Brack served in the Army from 1963-1966. She was in Virginia, Maryland and Germany and worked in communications.

Jeanne Nally was in the Women’s Army Corps in the late 1960s.

Marianne Hagenbrock served in the Air Force Nurse Corps, working in hospitals from 1961 to 1973.

Karen Garland was a WAC in the Army and worked in the finance center at Fort Benjamin Harrison in Indiana.

“I met my husband there and we’ve been married for 54 years,” Garland said.

Marge Blunk served in the Army and ended up as a pediatric nurse. She joined the service in 1958, was in Denver, Colorado, Hawaii and Los Angeles where she recruited for student nurses. She traveled to nursing schools and colleges in Southern California, Arizona and Nevada.

U.S. Air Force veteran Cindy Johnston of Homosassa was the guest speaker. She served in the Air Force for 12 years, first as the only female mechanic working on F-15s, then as a veterinary assistant and last working in the chapel as a chapel manager, which she did for nine and a half years of her military career.

A funny thing happened while working as a veterinary tech. They had caged gorillas, Johnston said, the ones that go into space. One day, a general came in to see them, he wanted to get close to them and Johnston advised him not to.

“As he got up close to the cage, the two gorillas started throwing poop at him and he was covered in it,” Johnston explained.

“I worked on the aircraft in Bitburg, Germany,” she said.

“My favorite job was working on the planes and I got to fly in an F-15 once at Langley AFB,” Johnston added.

She was a staff sergeant and served in many different places.

Howard AFB is the former U.S. base in Panama. It discontinued its operation on Nov. 1, 1999, as a result of the Torrijos-Carter Treaties, which specified that U.S. military facilities be closed and turned over to the Panamanian government.

Johnston enjoyed most of her time in the military and said, “I’d go back in a heartbeat, if I could.”

“The woman’s club has so much fun putting on this luncheon for our military women and our women veterans,” said Leslie Martineau.

“Our armed forces have been greatly enhanced by the dedication and the service of our military women.”