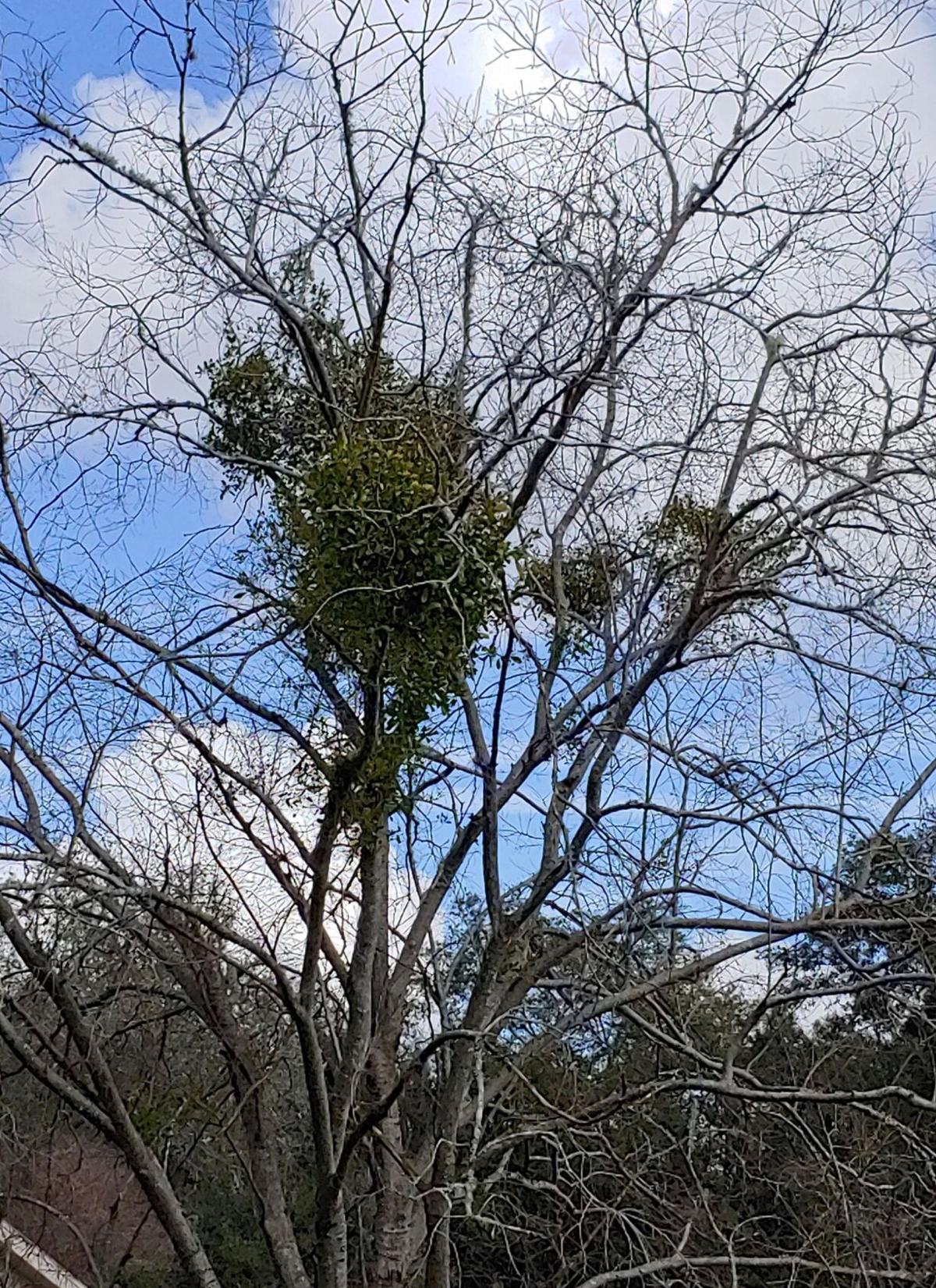 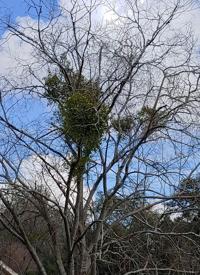 This mistletoe has invaded a Chinese elm. Once attached to a tree, mistletoe is nearly impossible to remove. 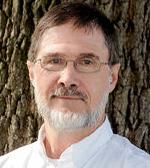 When we think of mistletoe, we think of it hanging in a doorway in our home at Christmastime. I could have written this article for the holiday season but, as you will see below, it has too many negative connotations and would have spoiled the holiday spirit.

Mistletoe has two primary species in the genus Viscum. One species, Viscum album, is native to the British Isles and much of Europe. The second species, Viscum cruciatum, is found in Spain, Portugal, Morocco and southern Africa. The European mistletoe was introduced to this county in 1900 in Northern California. Another genus, Phoradendron, which was once classified within the Viscum genus, is native to the tropical regions of the Americas and is the genus found in Florida and the southeast and may be the same plant previously identified as Viscum album.

Mistletoe has a long history of use and is seen as a symbol of fertility and life, hence the hanging of mistletoe in a doorway and kissing under it. That tradition started in the UK in the 1700s and became more popular during the 1800s. Mistletoe has both male and female plants; the female plant has the red berries and is the one used in the home.

The French have long used mistletoe as a good luck charm, and it is given to friends as a New Year’s gift as a symbol of good luck for the upcoming year.

Celtic Druids believed mistletoe to be a holy plant because it was closer to heaven than other plants. Its evergreen leaves symbolized the coming of spring.

Ancient Norwegians and other Scandinavians believed that the white berries of mistletoe were tears of the love goddess Frigg, who cried for her son Balder after he was killed when an enemy hit him with mistletoe. And the ancient Greeks and Romans believed mistletoe to be a plant of peace and friendship.

So what makes mistletoe so repulsive to me and other arborists? Mistletoe is considered a parasite that attaches to a host plant, usually trees, via a structure known as haustorium, through which they extract water and nutrients from the host plant. If the infestation is severe enough, the host plant will die. Mistletoe is found in hardwood trees — in this area, I notice it primarily in laurel and water oaks but have also seen it in red maples and Chinese elms. Sycamores and black cherry trees are also susceptible to infestation. Mistletoe is more noticeable during the winter months when these trees are seasonally defoliated — small thickets of green foliage can be seen within the bare canopies.

Most birds will not eat mistletoe because the berries are white rather than dark in color. Berries can be poisonous to small children and pets, so it is advisable to keep little Billy, Fluffy and Rover away from it. While not poisonous to adults, it can cause drowsiness, blurred vision, vomiting and even seizures. And between 1985 and 1992, U.S. Poison Control Centers reported 1,754 cases of accidental poisoning of children and pets.

Even the origin of the word mistletoe is repulsive. The word comes from the Anglo-Saxon word, “mistaltan,” which, literally translated, means dung on a twig.

And, to add insult to injury, mistletoe is almost impossible to eliminate once in the tree. The most effective method of control is to prune the affected branches at least twelve inches below the mistletoe and pruning should always be done to a lateral so as to not leave a stub. Pruning should also be done before the mistletoe produces berries. However, the effectiveness of pruning is not guaranteed, and repeated removals could have an adverse impact on the canopy of the tree. Growth regulators, such as Florel, can be sprayed on the foliage of the mistletoe before the tree’s foliage appears, but repeated applications are needed as the mistletoe will soon grow back. Unfortunately, the best remedy for a heavily infested tree is complete removal of the tree.

I will complete this article with one bright spot. Mistletoe has been used in the UK and Europe to treat cancer cells. However, this treatment has not been recognized in the U.S. by the FDA. Perhaps further research into this treatment can be justified.