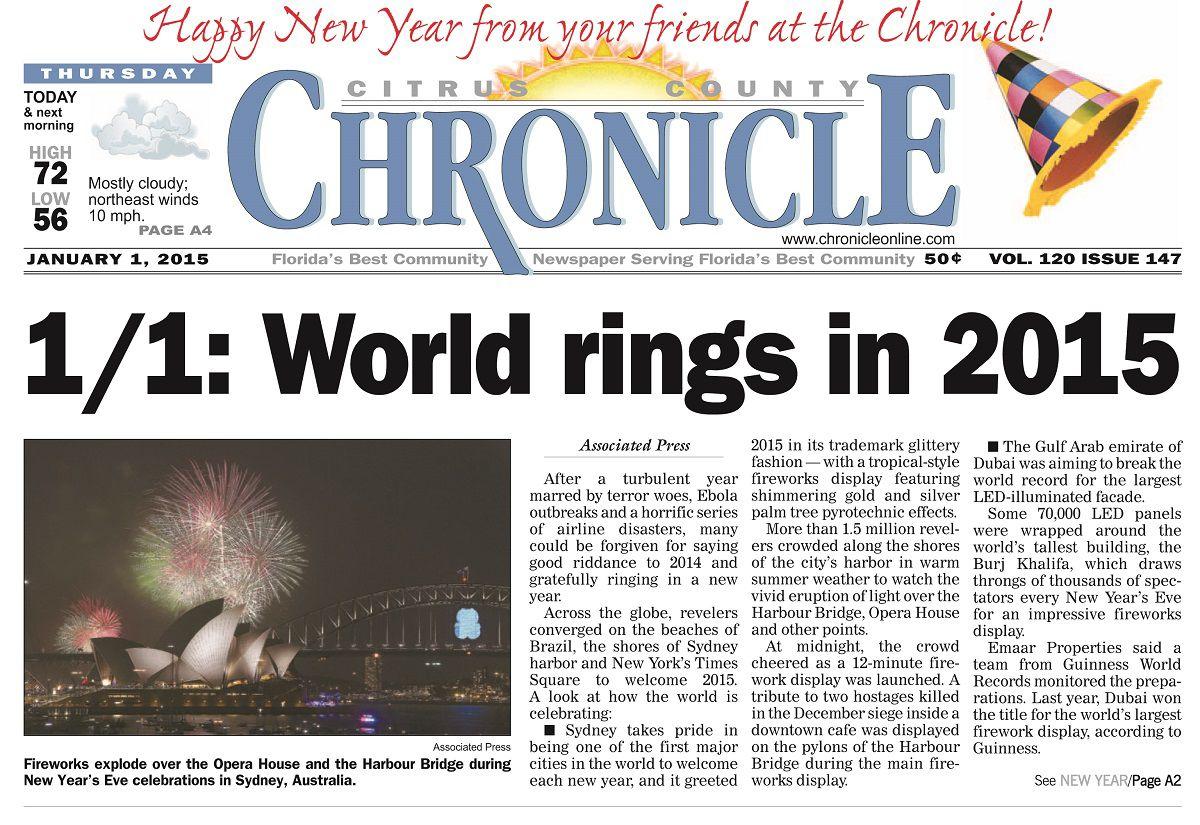 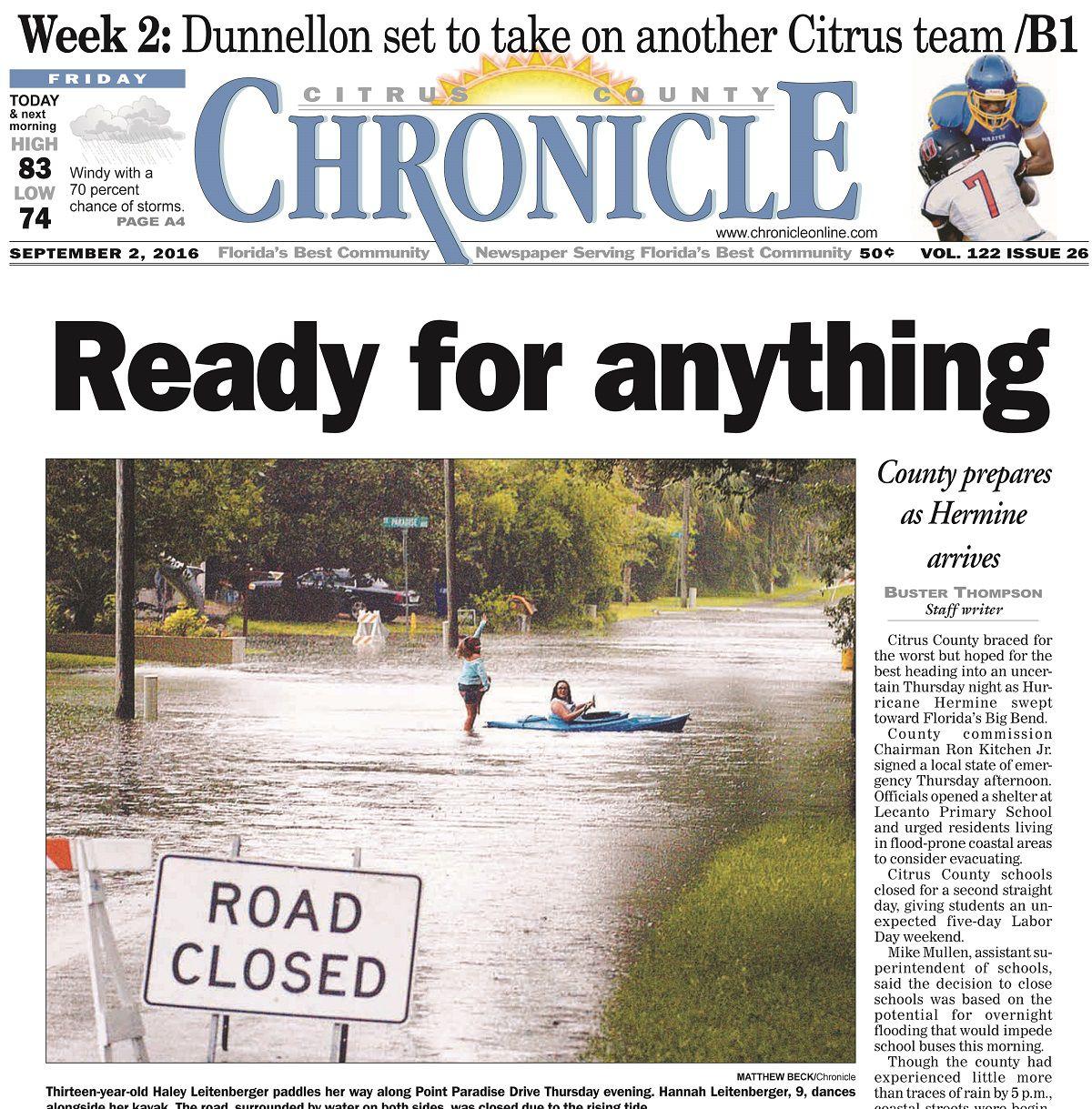 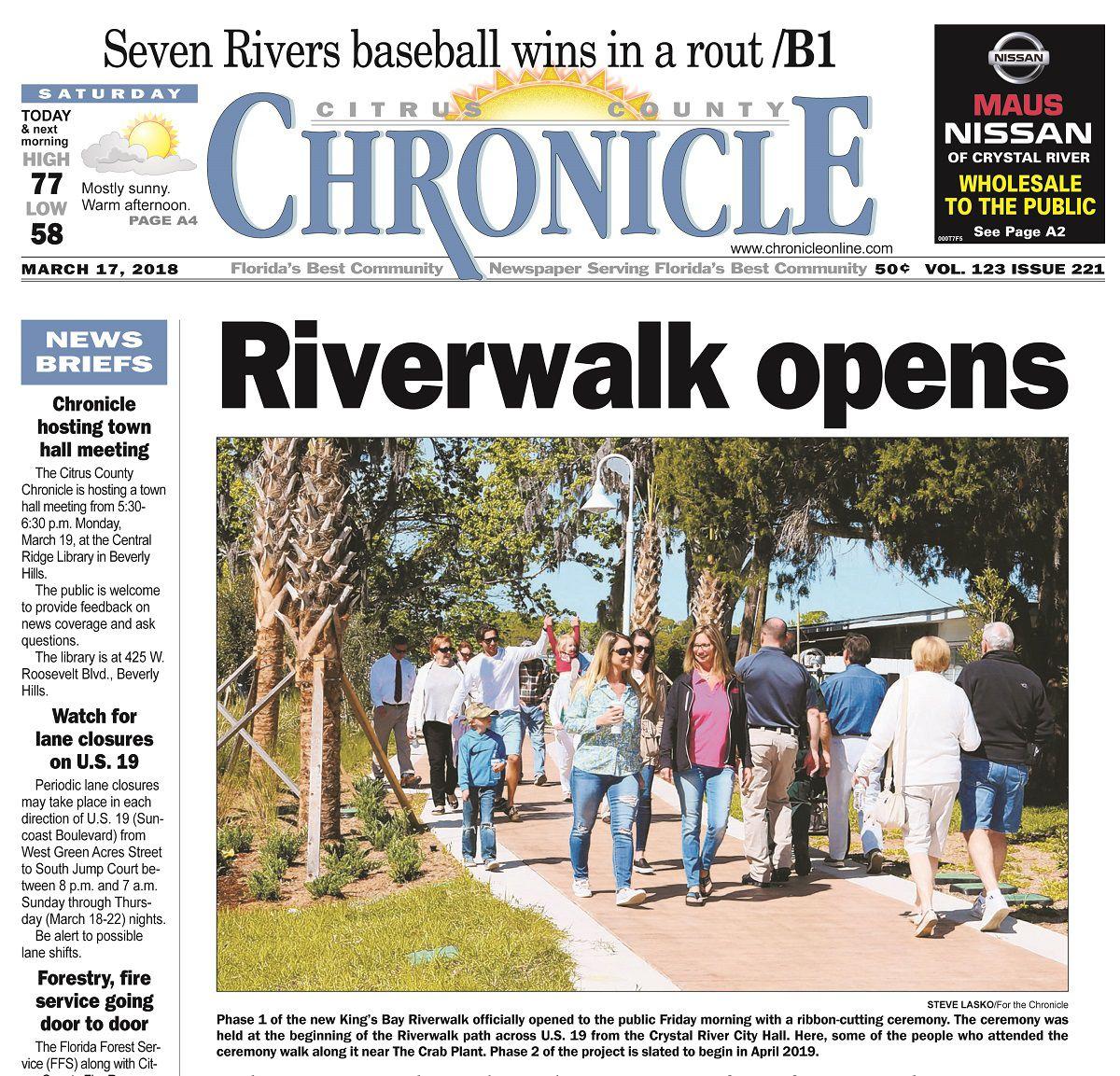 Starting slow as a result of the recession of 2007-2008, Citrus County saw lots of good things happening again as the end of the decade rolled around.

In October 2014 Citrus Memorial Hospital was leased to Hospital Corporation of America, a Nashville-based company.

Hurricane Hermine, while not coming ashore around here, still managed to cause extensive coastal flooding as it went by on its way to the Florida panhandle in 2016

In 2015, the restored Valerie Theatre reopened and took its place as a hub for cultural activities in downtown Inverness.

Since the Citrus Memorial Health System YMCA branch opened in 2016, memberships have grown to the point that expansion of the facility was already a necessity a year and half later.

The long-awaited Riverwalk in Crystal River opened in 2018. When completed, it will give local residents and visitors alike an opportunity to stroll along portions of one of the area’s most important attractions – King’s Bay and the Crystal River.

During the decade, the Chronicle continues to go more to the digital aspect of publishing, while still maintaining a strong presence in its printed version.

The British Petroleum (BP) oil rig begin leaking oil into the Gulf of Mexico in 2010.

Terrorist leader Osama Bin Laden was killed in Pakistan in 2011.

The SpaceX, a private aeronautical firm, engaged in the first reflight of orbiter class rockets in a effort to reduce the cost of space travel.

News clips and advertisements that appeared in the Citrus County Chronicle during the 2000’s.