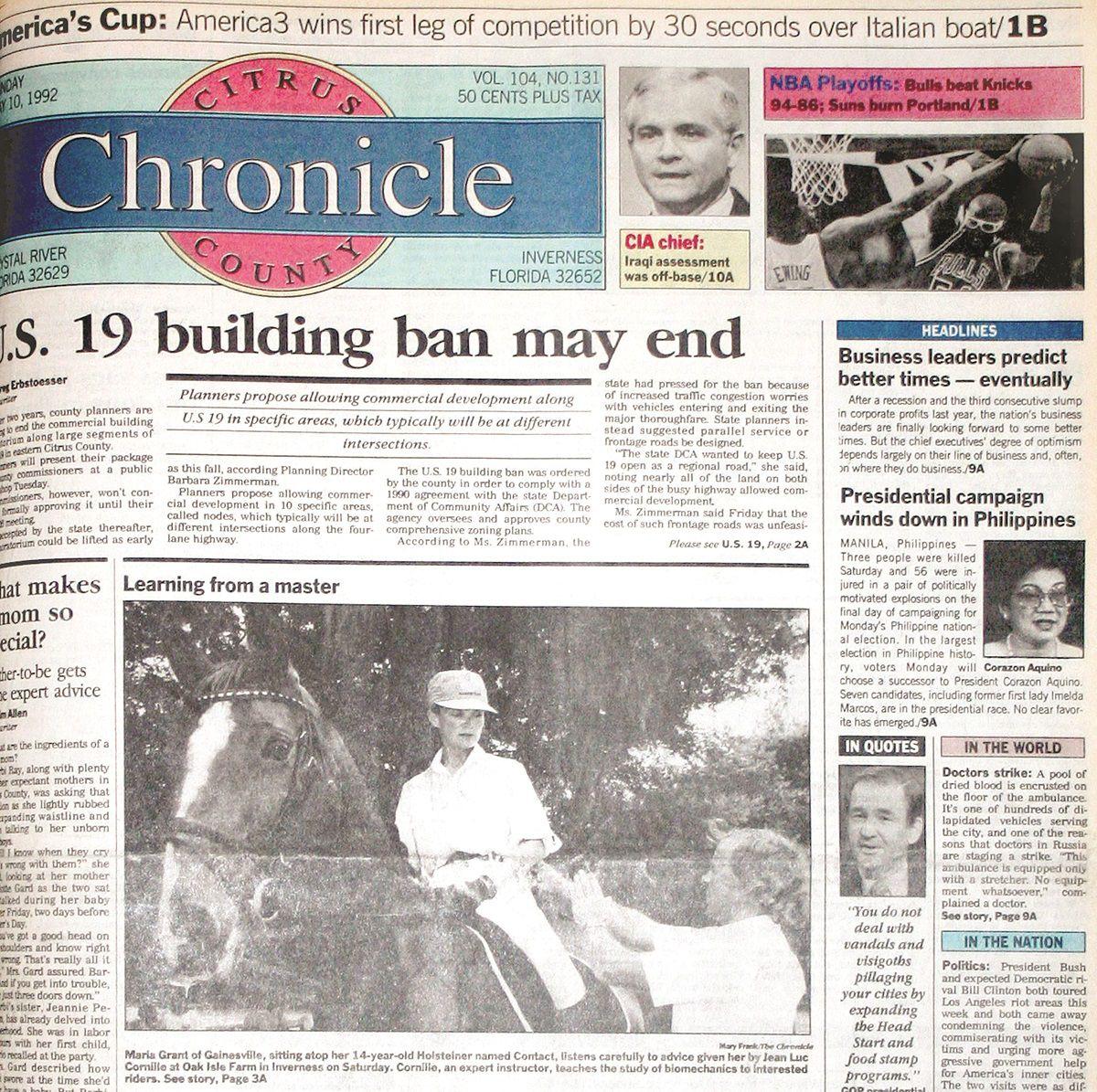 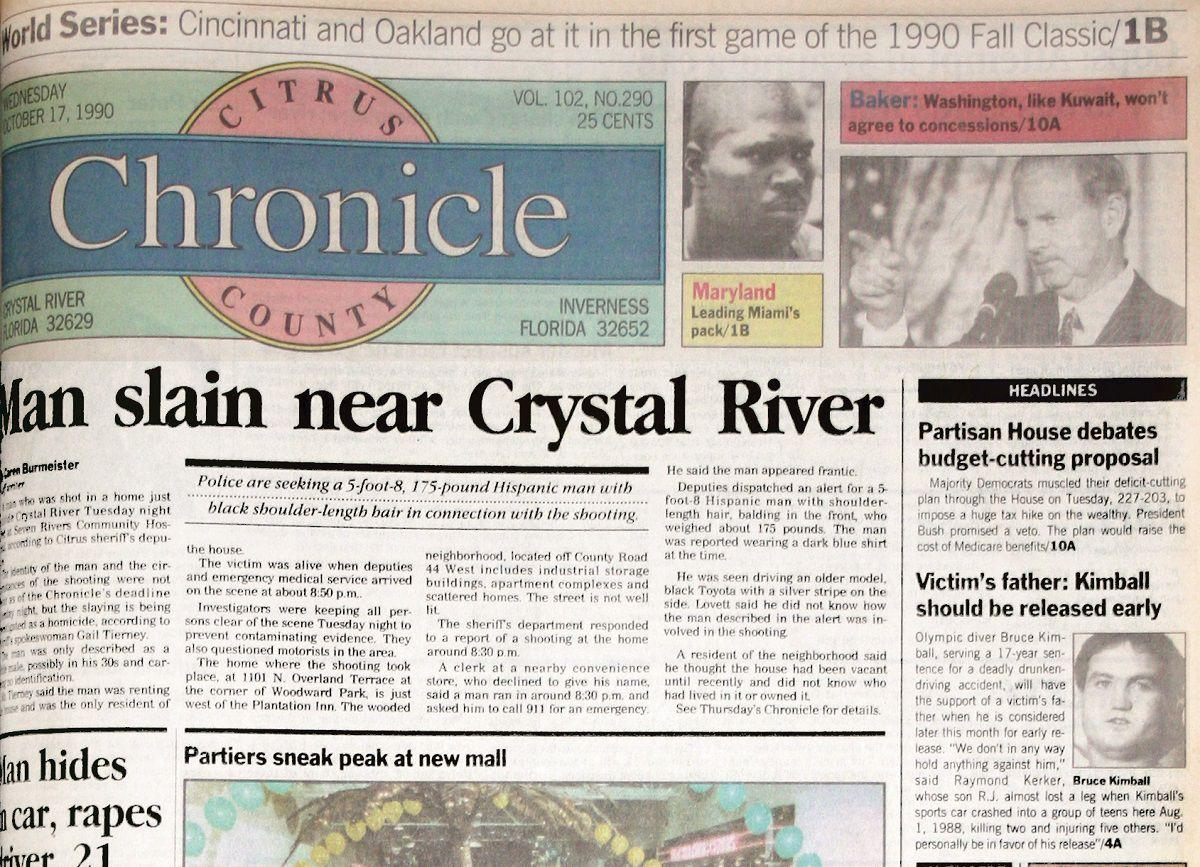 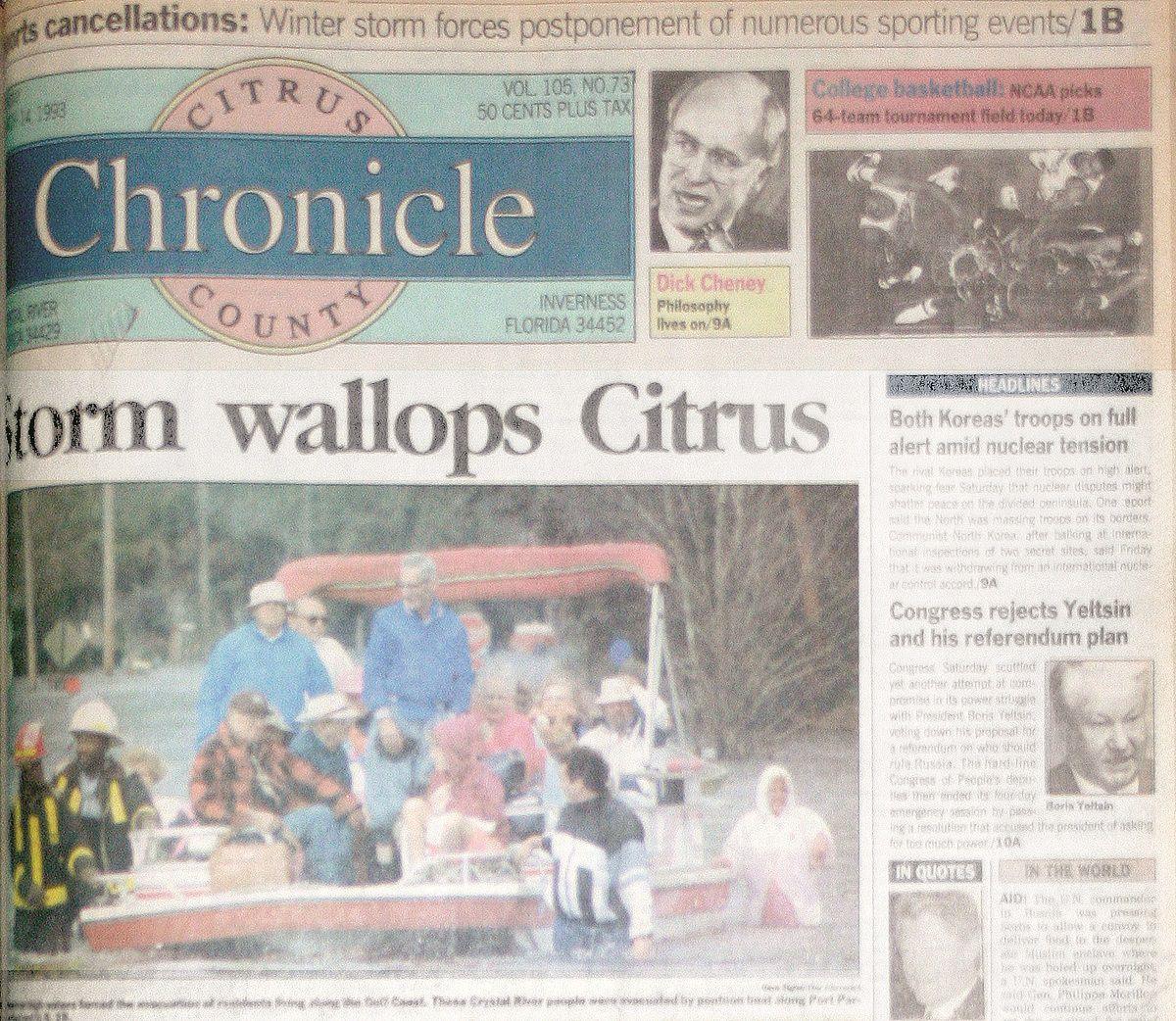 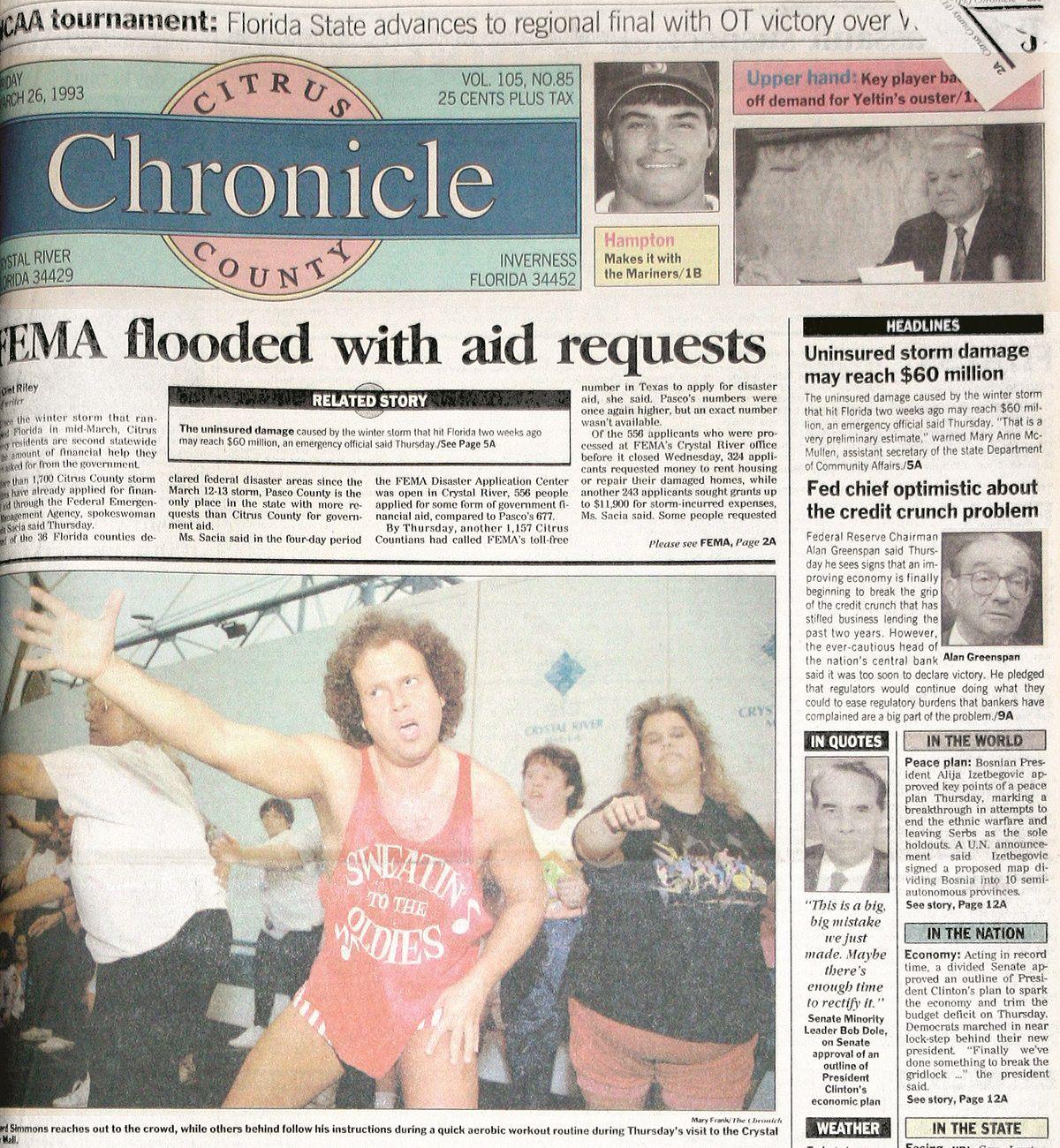 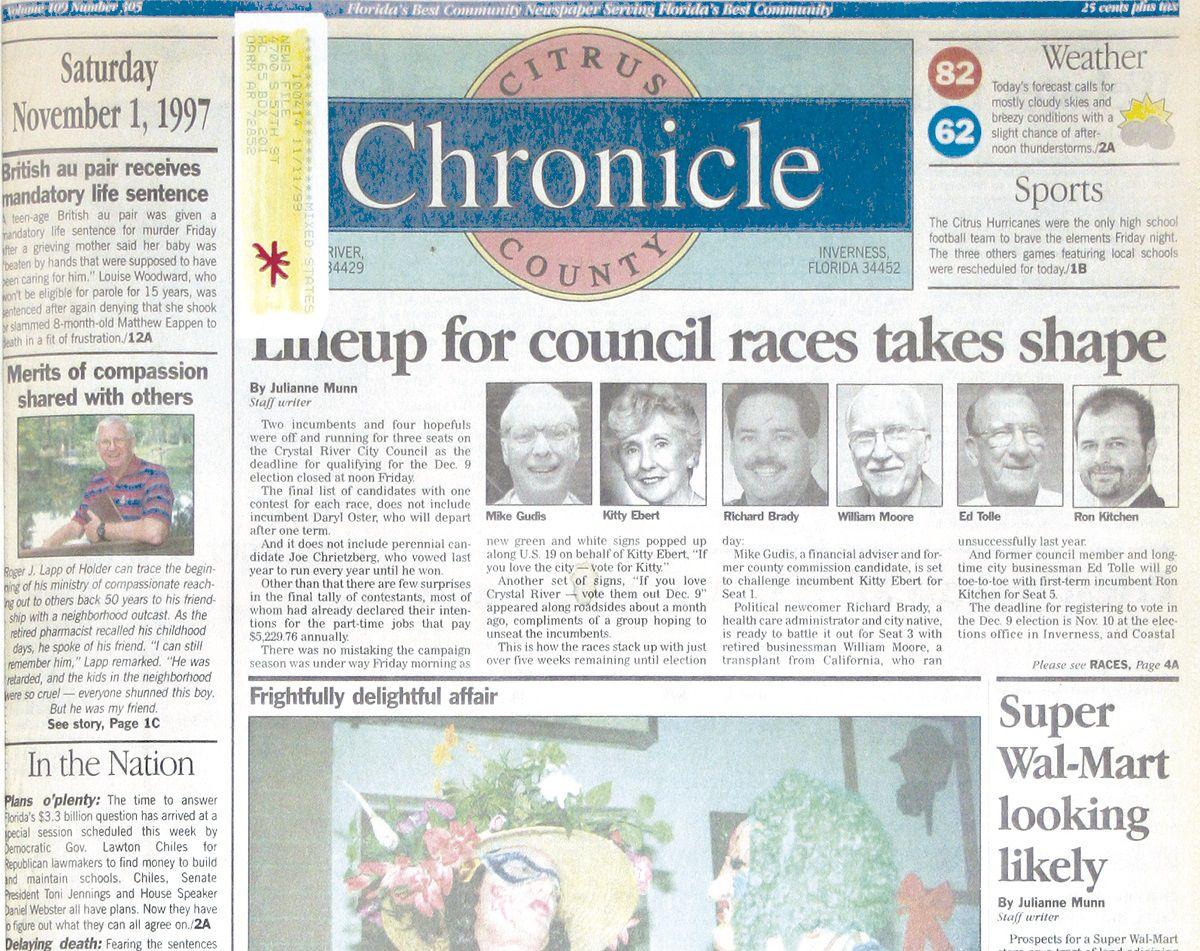 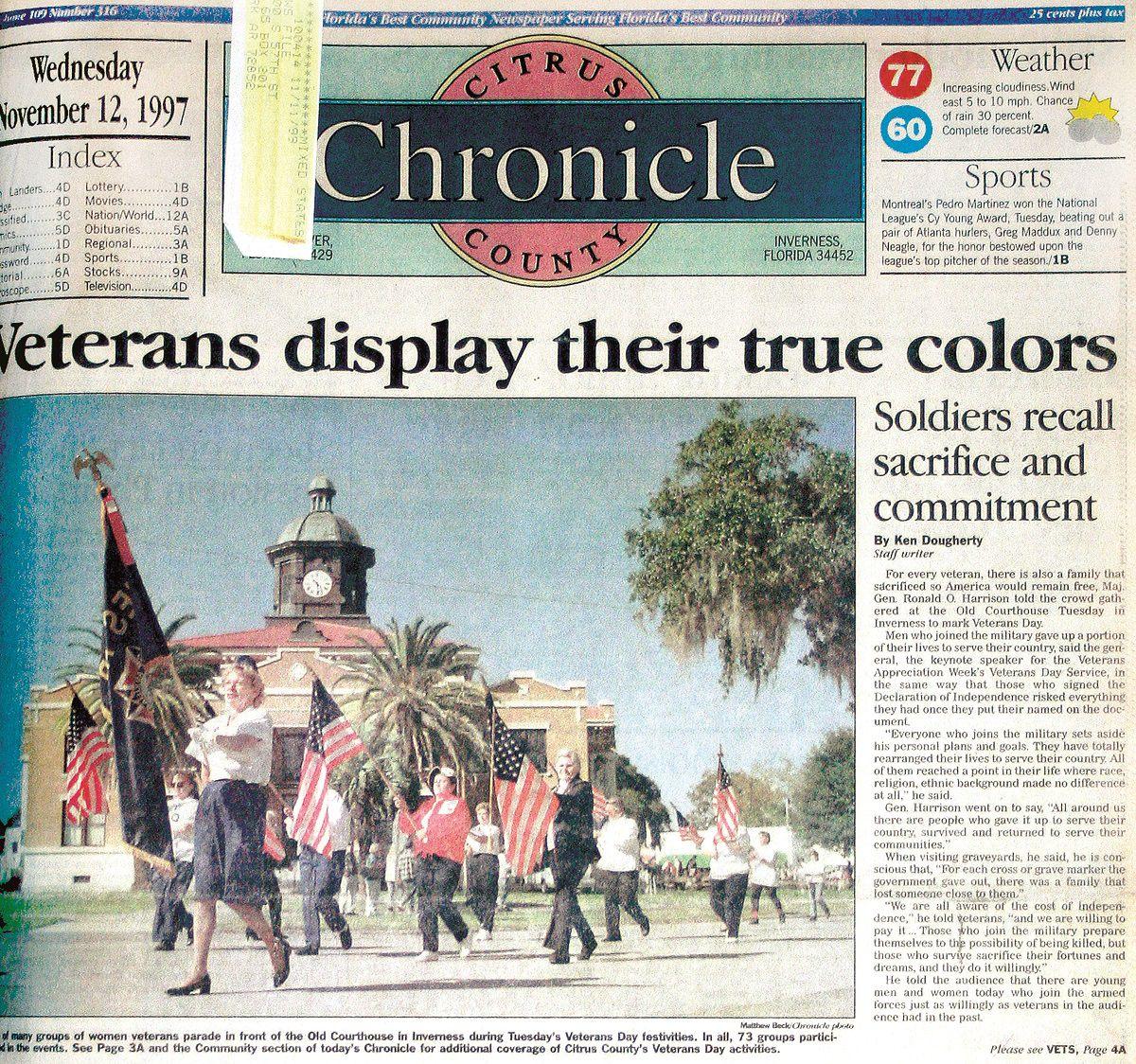 Growth was still humming along and nearly 25,000 new residents made Citrus County their home during the decade. The population went from 94,616 to 118,654.

The DeBartolo Corporation had proposed the Crystal River Mall in 1988 and on Oct. 17, 1990 the mall opened. It was a gala affair with Phyllis Diller, Jack Jones and the Lettermen making guest appearances.

Three stores – Belk, Sears and Kmart – were the original anchors with JCPenney coming in 1992. Regal Entertainment added a movie theater in 1998.

The mall’s layout was described by a spokesperson as a “giant wheel with spokes.” The food court with it 65-foot-high fabric roof required a special exception from city council.

The decade’s signature event was the "no-name" storm that came ashore unexpectedly during the night in March 1993 and flooded Citrus and 20 other counties along the Gulf of Mexico.

The storm created wind gusts of over 90 miles-per-hour, tornadoes and devastating storm surge.

Emergency crews used boats to rescue people trapped in flooded homes. Countless cars were submerged and the property damage was in the millions. The area was declared a disaster area by Gov. Lawton Chiles.

The Chronicle left its home along State Road 44 in Inverness in 1990 and moved to its current location in Meadowcrest.

Growth at the Chronicle mirrored the county’s expansion as the paper continued to utilize technology to its advantage. It is believed that in the mid 1990s the Chronicle became the first Florida daily newspaper to be completed paginated. Pagination means that the newspaper was designed and created entirely on computer screens and the old paste-up system went the way of the dinosaur.

By that decade the Chronicle was also setting new standards for serving the community with a sponsorship program where the paper cooperated with countless community groups to assure the success of their events, fund drives and other things worthy of exposure in the newspaper.

Advances in technology were among the major national and world events during the decade.

In 1991 the World Wide Web debuted for the public to use. That same year the first Gulf War was successfully waged.

In 1991 the Soviet Union dissolved and the Cold War was over.

The old 55 mile-per-hour speed limit established during the oil shortage of 1973-74 was eliminated in 1995.

In 1998 the Google search engine was founded.

News clips and advertisements that appeared in the Citrus County Chronicle during the 1990’s.