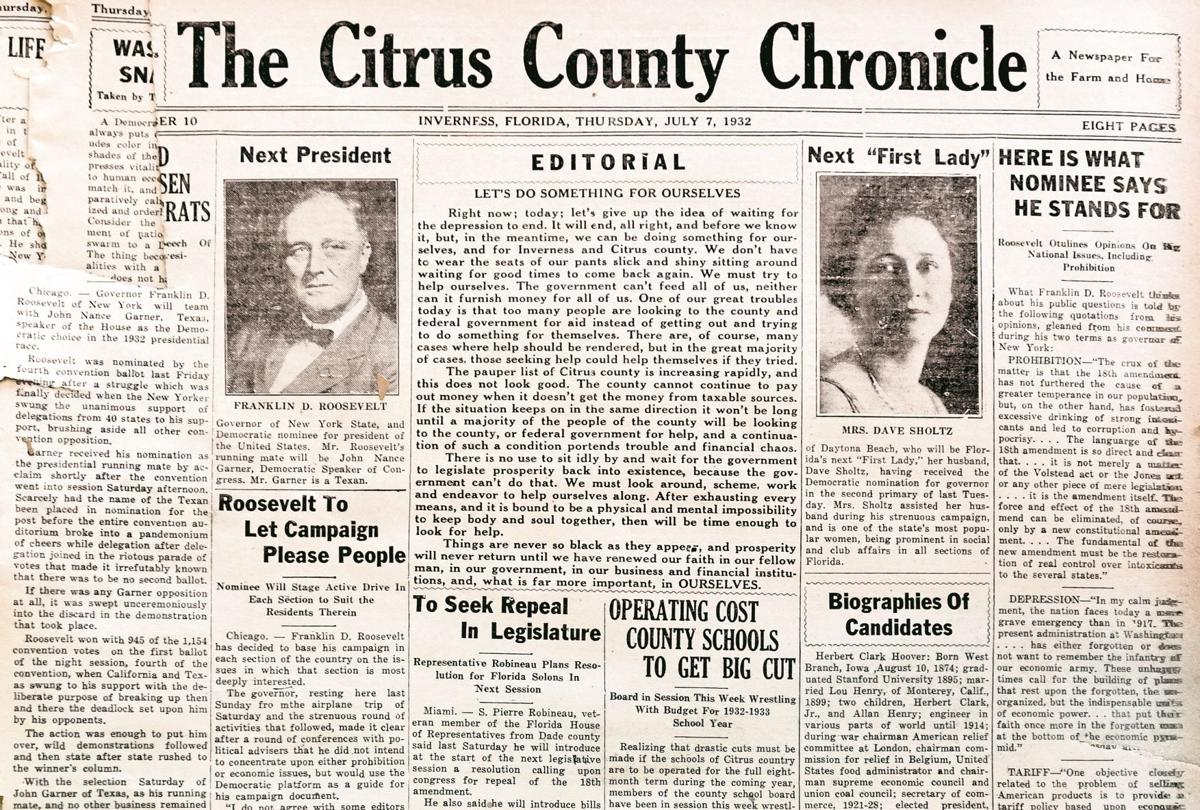 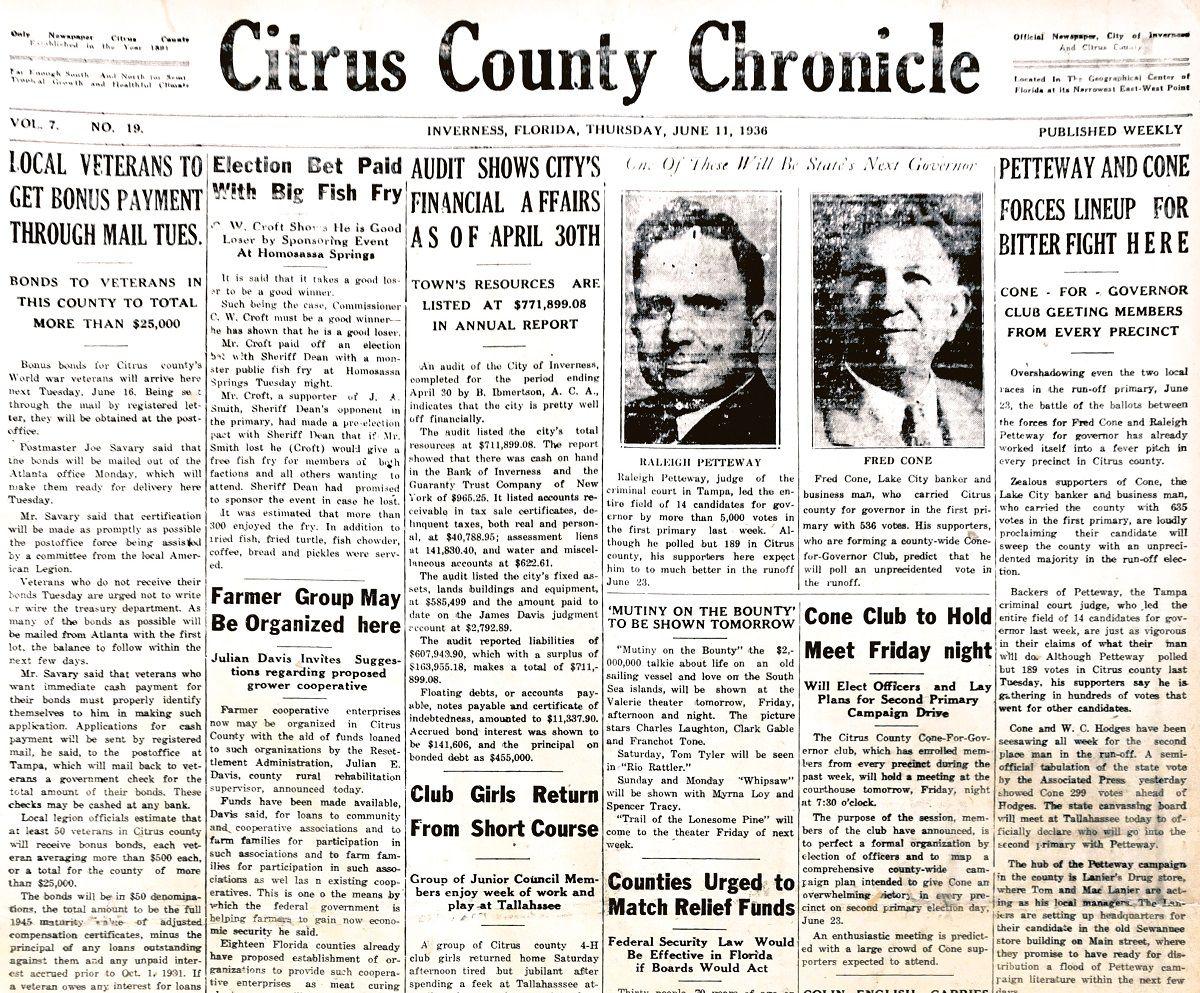 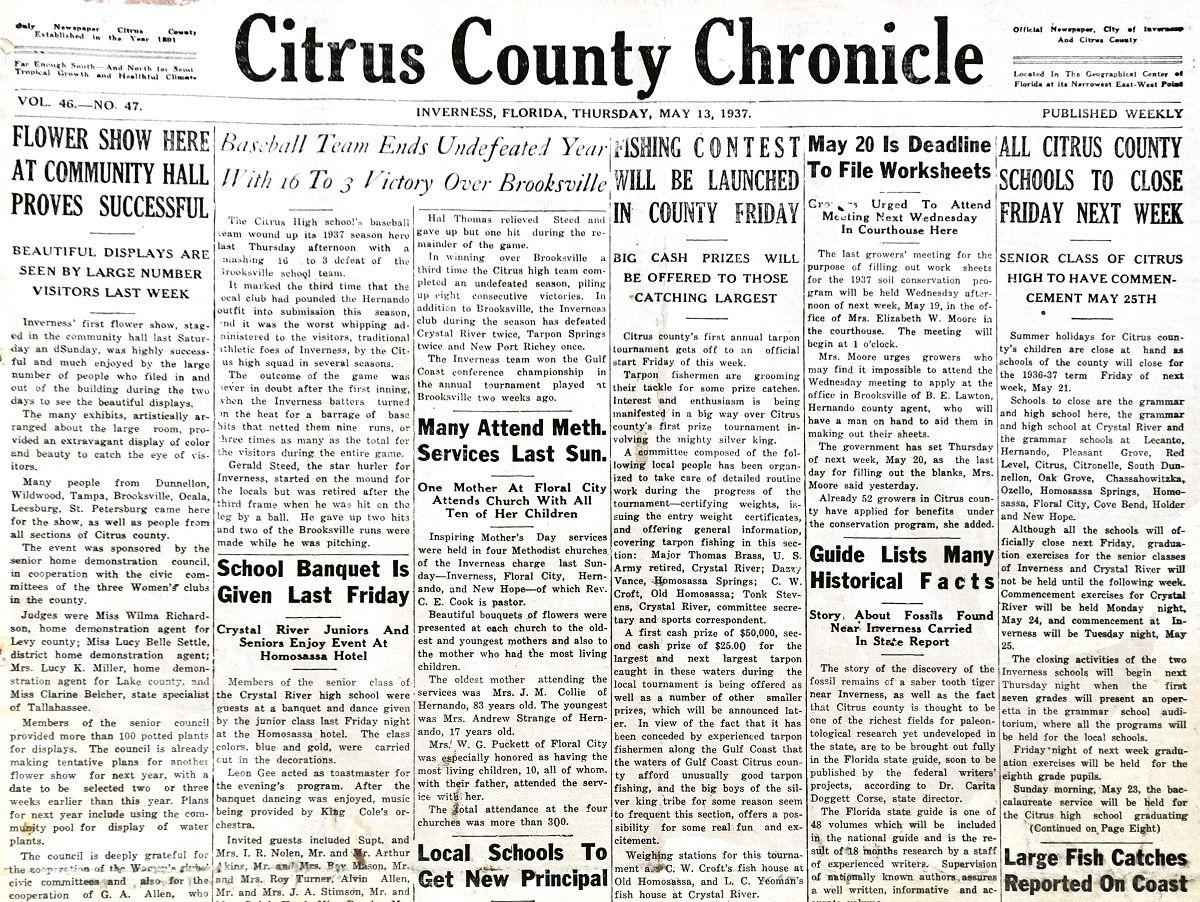 Citrus County suffered along with the rest of the nation during the Great Depression, but still new businesses sprung up.

The A&P announced it would open a modern store in Inverness, the Southern Candy Co. opened for wholesale trade and a large Brooksville drug store and soda fountain opened a branch in Inverness.

The Homosassa-Inverness Bank celebrated its first anniversary in Inverness an increase in total resources of more than $70,000.

Movies were 10 cents for kids and 25 cents for adults and talking pictures finally arrived in Inverness. The city council, in an effort to boost trade, allowed the showing of movies and playing of baseball on Sunday hoping to attract folks from surrounding counties where such activities were still prohibited.

In 1934 the Chronicle was edited by B.C. Ellsworth, who reported that boxing champ, Max Baer stopped by Laniers Drug Store for a cold drink while on his way from Tampa to Jacksonville for a four-round exhibition fight.

In 1935 Scofield Publishing Co., owners of the Chronicle, acquired the Dunnellon Sun, and Taylor Dawson added the new paper to his editing duties.

Eleanor Roosevelt, wife of the President, stopped at the Seminole Lunch Room in Hernando on her way from Jacksonville to Sarasota to visit her aunt. The visit was reported by Chronicle correspondent, Mrs. R.M. Spires, who wrote that “the first lady radiated personality.”

Among them were repairing and widening Inverness Main Street; a new city hall in Inverness, a new school in Lecanto and a community building in Floral City.

During the decade that saw the average American’s income drop by some 40 percent, memorable and things that hinted at future events occurred.

• In 1931, the Star Spangled Banner was adopted as the national anthem.

• Gangster Al Capone was convicted of tax evasion in 1931.

• The nation celebrated the repeal of prohibition in 1933.