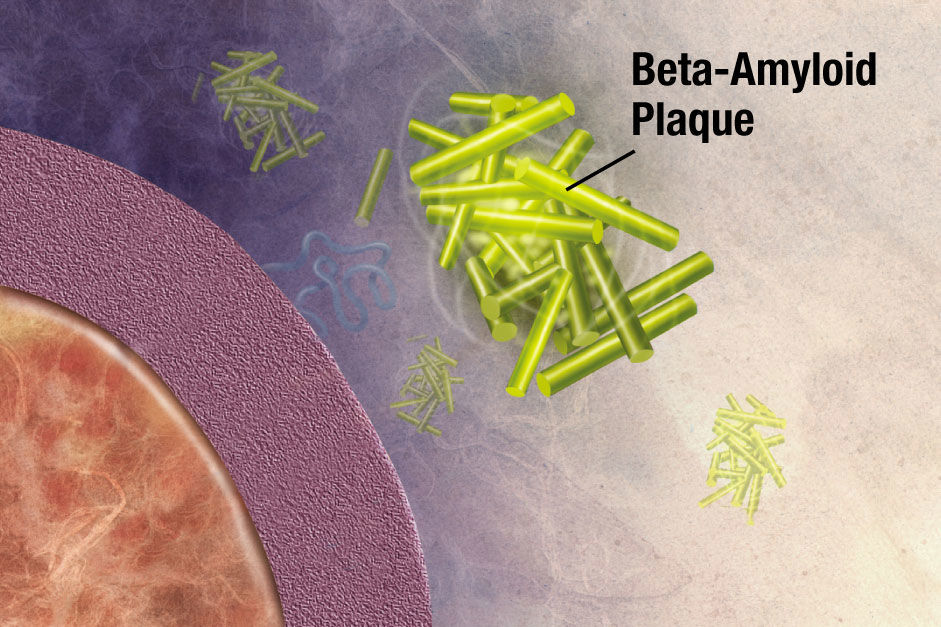 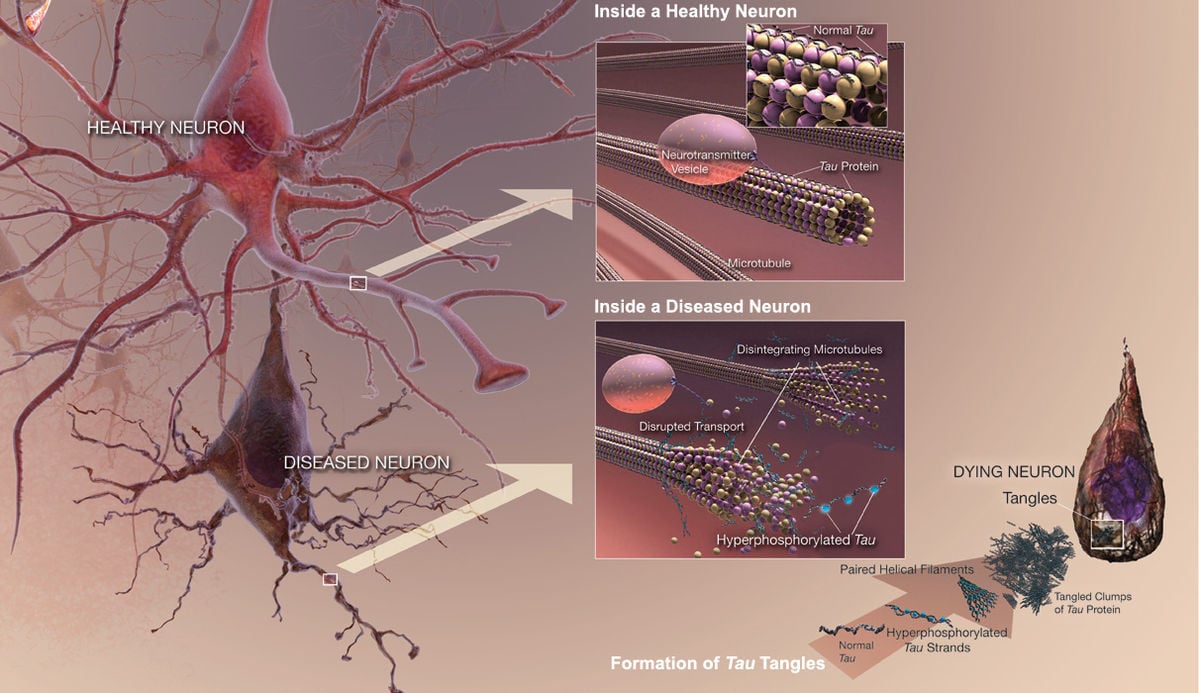 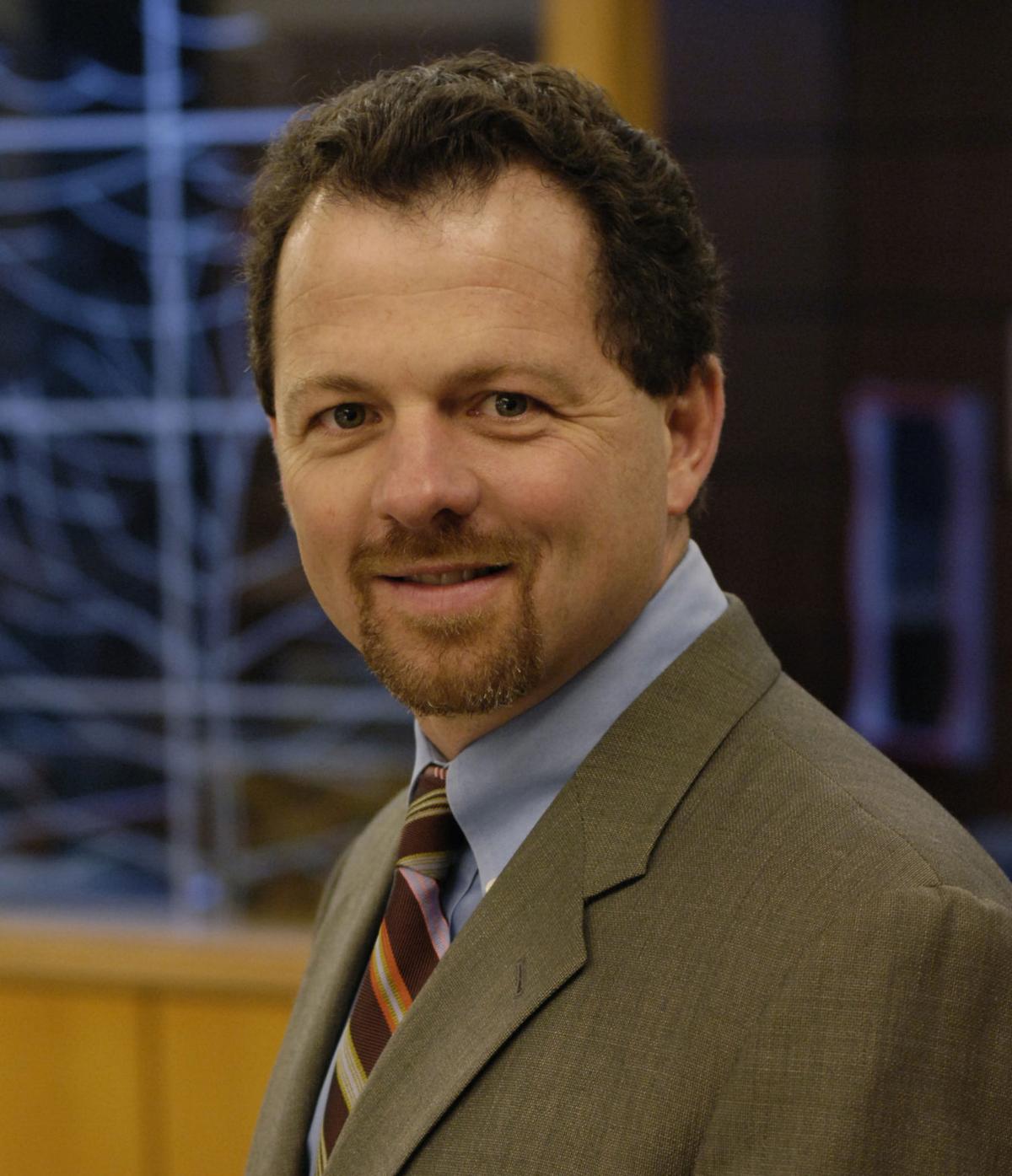 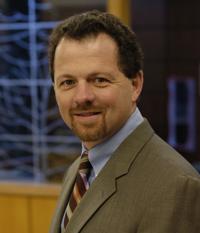 Efforts to develop an effective treatment for Alzheimer’s disease have been as relentless as the disease itself.

But after billions of dollars spent on trying to develop cures that never panned out, following false leads that led nowhere good, and getting no closer to slowing the disease than where we were decades ago, Alzheimer’s is winning, at least for now.

Researchers agree that we must keep trying, but others think more effort should be put toward trying to postpone its onset; in essence allowing people to die of other aliments rather than Alzheimer’s.

One of those is Glenn E. Smith, a neuropsychologist and dementia researcher and chair of the Department of Clinical and Health Psychology at the University of Florida College of Public Health and Health Professions, which is part of UF Health.

Alzheimer’s was first diagnosed more than 100 years ago by German psychiatrist and neuropathologist Alois Alzheimer.

“And in some ways a hundred years later we’re no better off,” Smith said of the failure to slow the disease.

Maybe the best solution for now is postponing it, Smith said. If that’s possible, people who would otherwise have gotten the disease will live longer, happier lives.

Smith thinks better diet, exercise and enhancing cognitive strengths appear to be the path to accomplishing that.

“We’re all trying to get to the end of our lives without Alzheimer’s,” Smith said. “So if we could just delay the average age by five years, we could eliminate 30 percent of dementia cases.”

To understand how Smith thinks we should combat Alzheimer’s or other similar brain diseases, he asks people to consider how we’ve reduced the rates of a disease like cancer.

The rate of cancer deaths has fallen 26 percent from its peak in 1991 to 2015, the latest data available.

To a large extent, much of that reduction is due to the simple fact that fewer people smoke, more people are screened for such cancers as colon and prostate cancer, and more are trying to eat healthier and exercise, Smith said.

The same is true for Alzheimer’s, he proposes. Studies show that people who regularly exercise and eat healthy have lower incidences of Alzheimer’s and other neurodegenerative diseases.

And an otherwise healthy brain is also part of the answer, he said.

That’s because many people get the physical pathology of Alzheimer’s disease -- what’s called plaques and tangles in their brain -- but never suffer the memory loss associated with the disease.

Smith thinks that robust, healthy brains may have neurological “work-arounds” when that pathology appears. He concedes that those people might have gotten Alzheimer’s eventually given enough time, but time is what his theory is all about.

Long-term studies suggest Smith is onto something.

The long-running Framingham Heart Study has dementia data on about 5,000 people age 60 and over, going back to 1975.

Researchers expected that as baby boomers got older, there would be an increase in the dementia/Alzheimer’s rate. But that didn’t happen.

Smith thinks that baby boomers are better educated and have lived a healthier, more active life and it’s showing in lower Alzheimer’s rates.

Despite his holistic approach, Smith says research to find drugs to stop the disease or keep it from ever taking hold should continue.

And while there is not a lot to show for all the decades of effort, there has been progress.

Thirty years ago researchers learned that dementia was not a natural occurrence of old age. It was not the result of hardening of the arteries as many suspected.

That was a big step.

They concluded that the pathology that causes the disease also occurred in younger people and that both groups would eventually show symptoms of the disease.

About that time they also identified and theorized that plaques around the brain cells played a role in the disease and that tangles inside the cells themselves resulted in cell death and dementia.

It was the first time scientists could point to what they thought was a cause of the disease and give them something to try and fix.

Scientists also learned that amyloid proteins chains, which occur naturally in healthy brains, can cause problems. That happens if enzymes cut apart the proteins the wrong way. That leads to the unwanted, sticky plaques mentioned above.

There’s also been progress in identifying the disease.

Until now, the only way to definitively determine if someone had Alzheimer’s was to examine their brains after they died.

But all this new information hasn’t gotten us very far.

Here is the problem and what drives Smith and others to think we might have to change the way we think about the disease.

The plaque and tangle theory

Many researchers think that the beta-amyloid plaques that build up prevent nerve cells from communicating with each other. And that’s what causes the Alzheimer’s disease symptoms.

Once these amyloid clumps reach critical mass, they trigger another toxic process known as tau tangles.

Inside healthy brain cells there are microtubule fibers. These microtubules transport nutrients and other important substances from one part of the nerve cell to another. The protein that makes up these structures is called tau. In Alzheimer's disease the tau protein is abnormal and the microtubule structures collapse and the cell dies.

That’s important to know because a lot of researchers are putting all their efforts in that beta-amyloid and tau basket.

So is the pharmaceutical giant Eli Lilly.

Eli Lilly had been testing a new drug called solanezumab.

The problem is that the drug failed in a late 2016 clinical trial.

But Eli Lilly isn’t giving up. The company is doubling down on the drug thought to eliminate soluble beta-amyloids, the protein blamed for the brain plaques that form in patients.

The company is now behind the study called A4 in which the same drug is given to people who have the plaques but haven’t yet shown the symptoms of the disease. It’s also increasing the dose and length of treatment with the drug.

Eli Lilly’s thinking is that the 2016 trial failed because those who received the drug were too far gone with too many plaques and tangles. Now Eli Lilly wants to use the drug as more of a preventative drug.

If it doesn’t work, it will be a big setback and will mean we have to reconsider the plaques’ role in Alzheimer’s altogether.

Meanwhile, other pharmaceutical companies are looking at trying to eliminate other forms of the beta-amyloids in hopes of breaking the cycle that causes Alzheimer’s.

Other schools of thought

Other research is looking at cell inflammation in the brain as the possible problem behind the disease.

Another theory is that the Alzheimer’s brain slowly loses its ability to metabolize energy sources, such as glucose and oxygen. The theory is that an Alzheimer’s-diseased brained carries genes that inhibit mitochondria -- the power plant of cells -- from supplying energy to neurons, causing them to die.

The theory is that the beta-amyloid plaques are the result of the disease, not the cause.

For all the research and theories, we are still looking at years before a new drug that might do some good gets on the market, Smith said.

The life-cycle of a drug from a theory to a drug in hand is about 18 years, he said.

And most of the focus is still on the beta-amyloids, Smith said.

Sooner or later some drug will work, he said, “but I’m much more circumspect,” about amyloids as the culprit and any real drug headway sooner rather than later.

So prevention, eating right, exercise and brain health should top-of-mind if people hope to keep Alzheimer’s at bay, he said, adding, “That’s the best we have to offer right now.”

Alzheimer's disease is fate for many