The group, comprising government, health, law enforcement and treatment entities, as a response to the 65 opioid-related overdose deaths in 2020.

In 2021, there were 82 opioid-related overdose deaths.

Note: The task force’s main focus is on opioid use and addiction and not other lethal drugs.

“There were a lot of objectives we came up with that we accomplished, Hockert said, adding that, while overdose deaths are still happening, they’re trending downward.

The number one goal of the task force is to reduce the number of annual opioid-related deaths in Citrus County by 20 percent the first year, 35 percent during year two and 50 percent by the end of year three.

“We’d really like to see no deaths, of course,” Hockert said.

Some of the task force action items this past year include:

The Florida Department of Health created billboards and posters with substance recovery information that were placed in high use and overdose locations in the community;

An increase in the use of naloxone (Narcan) to people who have overdosed, administered by first responders and private citizens who carry doses of the life-saving opioid overdose treatment with them for emergencies;

Deterra “safe Rx disposal” bags being distributed throughout the county;

Hospital ER medical directors have been met with and briefed about the Marchman Act and a countywide agreement for use has been established;

Training and reference materials for medical providers have been developed and distributed, making it easier to treat or refer patients to a provider for treatment of a substance use disorder.

“We want them to seek prenatal care earlier,” Hockert said. “Usually they show up right at the end (of their pregnancy). So, we’d like to get them in early so our nurse practitioner can start caring for them, make sure the baby’s OK and get them on Subutex.”

Subutex, or buprenorphine, helps prevent withdrawal symptoms caused by stopping opioid use and is safe for unborn babies.

“One of the things we did was write letters to those physicians groups that see a lot of women to make them aware of the services available,” Hockert said.

Currently in the works: a Recovery festival Sept. 22 at the Inverness Depot and a town hall event Oct. 27 to educate the public about the opioid crisis in Citrus County.

Two large cranes hoist a 59-foot Gibson houseboat into King’s Bay Friday evening, Aug. 19. This vessel is one of three that Billy Chapman Jr.’s company will moor and rent in Crystal River.

Two large cranes hoist a 59-foot Gibson houseboat into King’s Bay Friday evening, Aug. 19. This vessel is one of three that Billy Chapman Jr.’s company will moor and rent in Crystal River.

A flotilla of what will be advertised as floating, five-star resorts at Pete’s Pier started mooring at the largest freshwater marina in the city of Crystal River.

After being towed roughly 3,200 miles from Idaho behind a semitruck escorted as an oversized vehicle, the first of three renovated 1995 Gibson wide-body houseboats arrived Friday, Aug. 19, at Pete’s Pier, where two cranes then hoisted the 33,000-pound vessel into the water.

Husband and wife, Boe and Dana Braccio, the owners of Pete’s Pier, greeted the houseboat’s caravan alongside their staff as it rolled toward their marina, taking up both lanes of Southwest First Place before parking along the roadway to be prepped for unloading.

“Wow, I’m glad it made it,” Boe Braccio said about the 16-foot-wide, 59-foot-long vessel, the top of which had to be disassembled for its journey under overpasses. “I’m glad it fit.”

In early November, after the last two Gibson houseboats are also delivered to and docked at Pete’s Pier, the marina will become the first U.S. destination for Anglers Inn International, which hosts luxury fishing excursions at two Mexican lakes, and on the Amazon River in Brazil.

“I’m so excited because I know Crystal River is in the top to have some of the best fishing in Florida,” Anglers Inn founder and owner Billy Chapman said. “So Anglers Inn is very excited for Boe’s invite to come in and put an Anglers Inn at Pete’s Pier.”

After making some additional refurbishments, Anglers Inn is planning to have customers in the houseboats by Nov. 1, with lodgers renting them weekly. Anglers Inn marketing will also be done through Pete’s Pier. 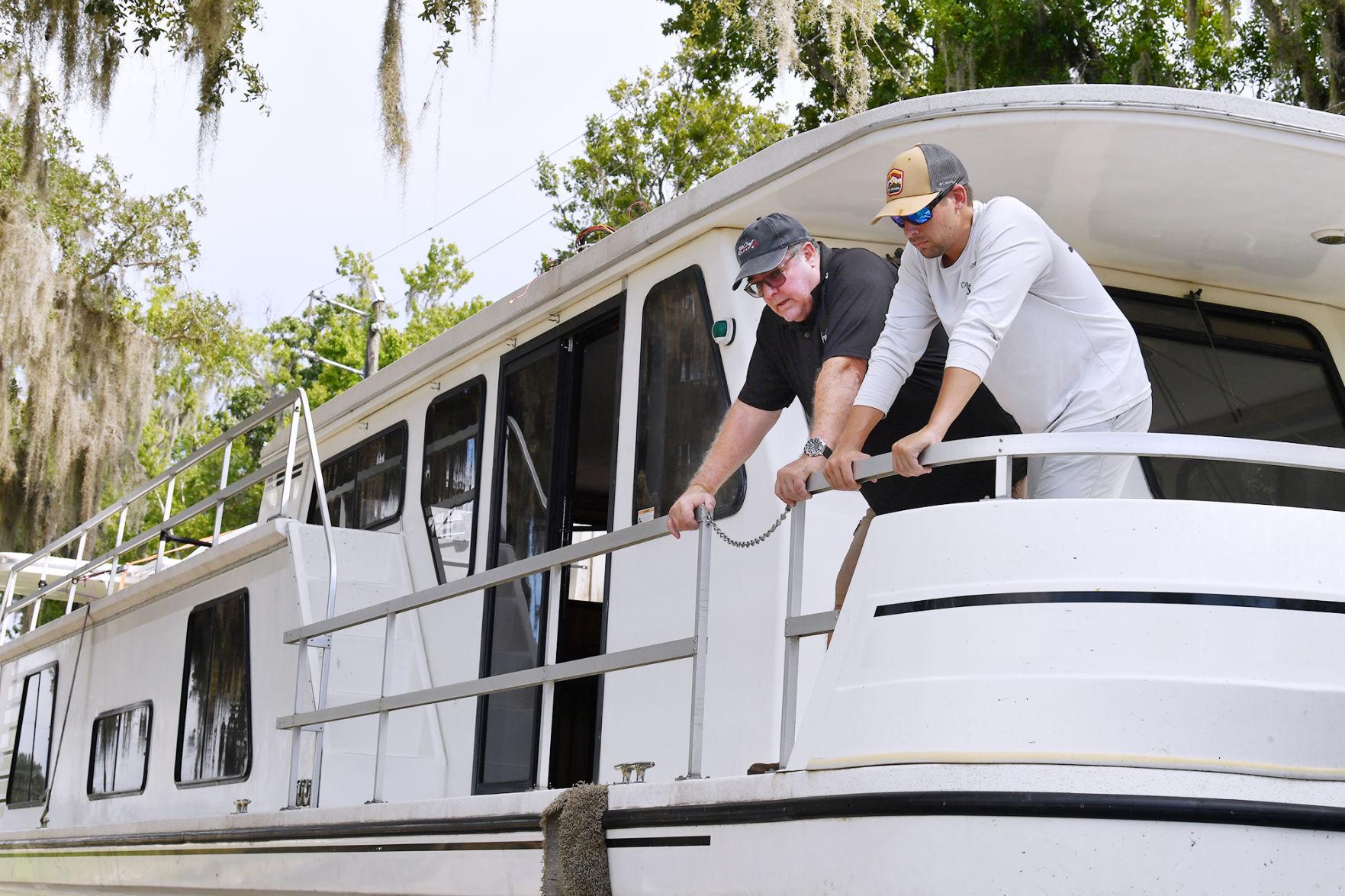 StyleCraft and Angler’s Inn International owner Billy Chapman Jr. left, and his general manager Travis Urbin, speak with workers Friday evening, Aug. 19, prior to this 59-foot houseboat being placed into King’s Bay in Crystal River. The boat, one of three similar craft, will be moored in the bay and house guests who book the vessels.

Chapman has grown Anglers Inn for over 40 years after introducing U.S. anglers in the 1980s to the wondrous Amazonian fisheries, becoming a fishing hall of fame outfitter.

“I pioneered the Amazon, I lived in the jungle from 22 to 32 (years old), and I learned peacock bass,” he said. “I was the first American to bring Americans to get to know the jungle, and that’s how I grew my business.”

After learning how Crystal River and its surroundings were swimming and paddlecraft destinations that also offered year-round bounties of fishing with seasons for manatees and scalloping tours, Chapman knew he had to bring Anglers Inn there.

Boe Braccio said partnering with Anglers Inn was a common-sense move to bring Pete’s Pier to the next level. 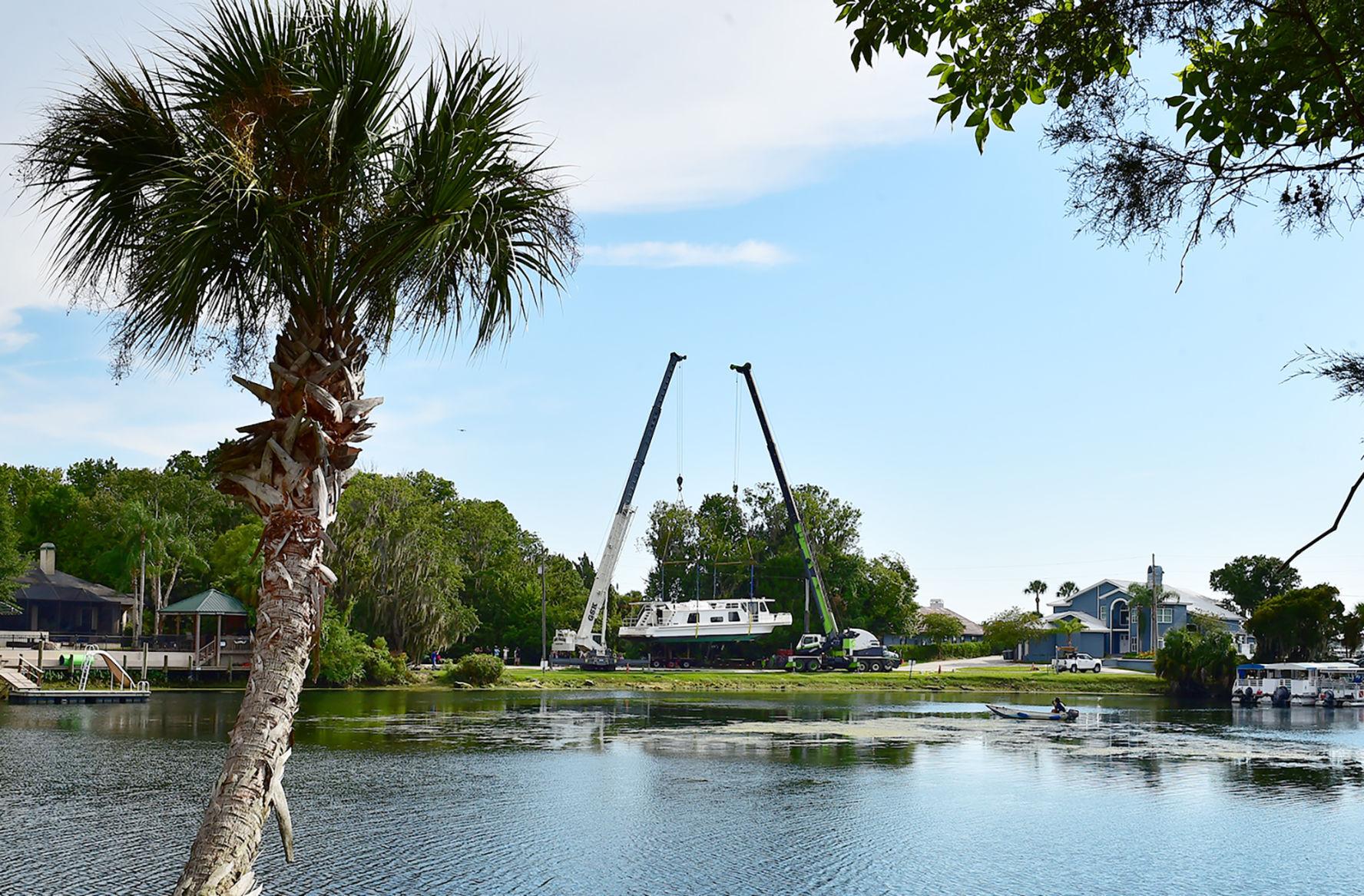 Once placed into the water this houseboat will be towed to a final mooring along Pete’s Pier in Crystal River.

“We needed accommodations; we didn’t want anything less than five-star, and we knew Billy could bring that,” he said. “He could entertain and do anything that anybody needs on these vessels; it’ll help us with evolving into becoming a destination marina.”

"We’re not just renting a bed; we want to give you the best vacation and wow you, and that’s what we do at Anglers Inn,” Chapman said. “If you have a headache, we’ll know before you do, and you’ll already have Tylenol next to your bed at no extra charge.”

Mooring the houseboats there like any other vessel, as well as running them as short-term rentals, are permissible at Pete’s Pier under Crystal River’s code because the marina is zoned as commercial waterfront, City Manager Ken Frink explained.

“Obviously, the city’s on the map for our watersports activities,” Frink added about Anglers Inn’s investment, “and it’s a good thing for the city to see this kind of recognition.”

“They are special,” he said. “It’s the biggest Gibson’s ever built.”

Chapman said seven of the Gibson houseboats were transformed into medical clinics for the Amazon. He tracked down two in Tennessee, and one in Michigan.

“I sent them to Idaho, and then Boe talked me in to bringing them down to Crystal River,” he said. “We have a good eye for good people; we’re really excited and proud to be with Boe — it’s like a blessing.” 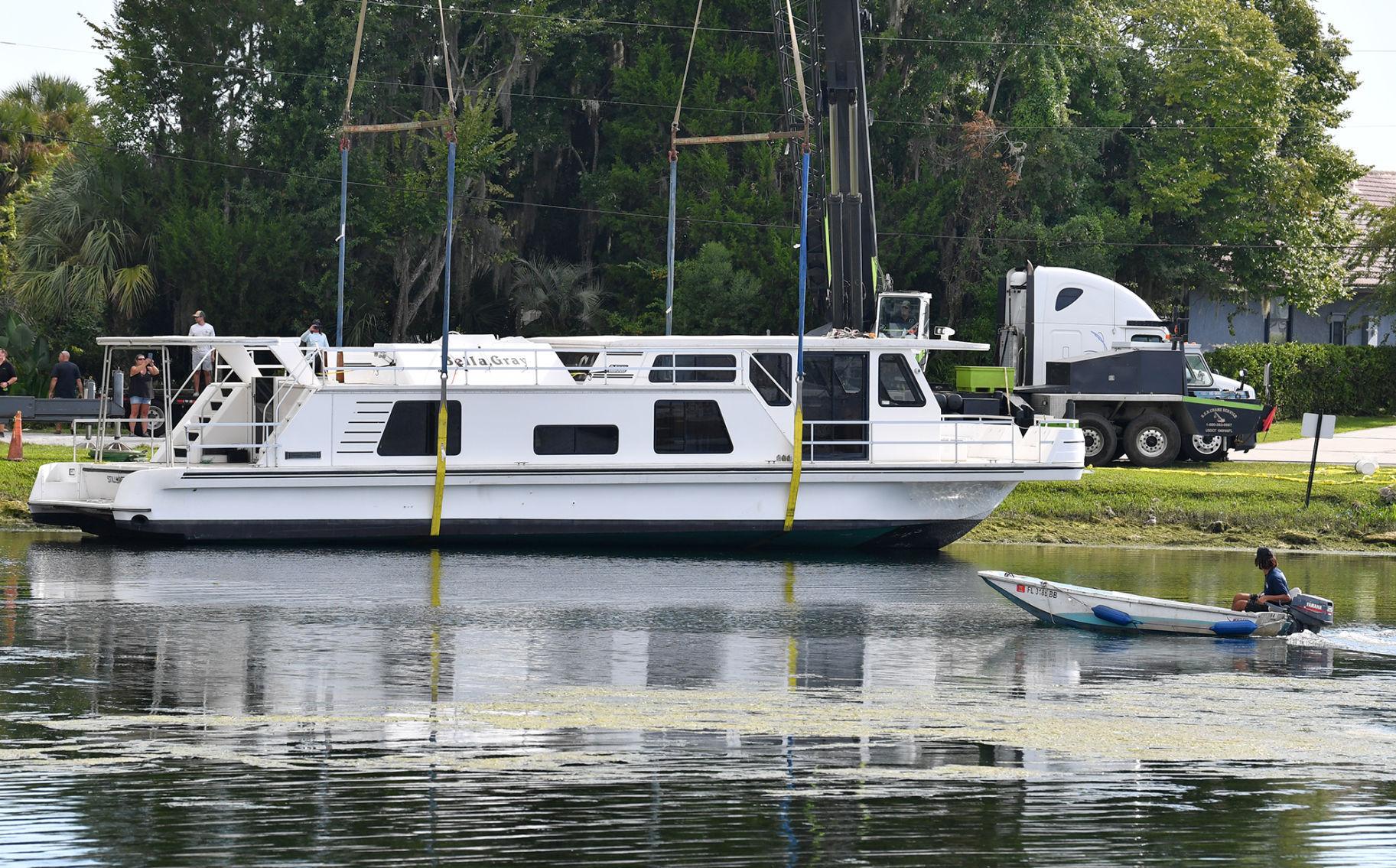 While Idaho had its own species of trophy fish for Anglers Inn to promote, uncooperative weather in the Gem State also persuaded Chapman to move his houseboat operation to the Sunshine State.

“I changed the whole business plan and brought it to Florida because I wanted an Anglers Inn in the United States,” he said. “I like to feel I picked one the best attention-to-detail services for my tours here in Crystal River so that’s why we’re teaming up.”

Chapman said the remaining two houseboats — also remodeled with fresh cedar fittings, modernized furniture and beds — will arrive at Pete’s Pier every two weeks before clients are treated to activity packages and concierges to handle their needs and wants.

“We’re going to do things at a very high level — attention to detail and service,” Chapman said.

It’s Chapman’s goal to also run Anglers University out of Pete’s Pier to help teach visitors the basics of fishing gear and safety with on-the-water classes.

“It’s a great privilege,” she said. “I’m a fourth-generation local to the area; I love all the activities, and I’ve been fishing since I was a little kid. Being able to allow other people to experience these activities, and sharing them with others, is definitely a great experience.”

“I think we’ve got a great team, and we’re out to create ‘wows’ with our clients,” Chapman added, “We want to help put Crystal River on the map; and we know you’ve already grown by leaps and bounds, but we think we can bring more to the table.” 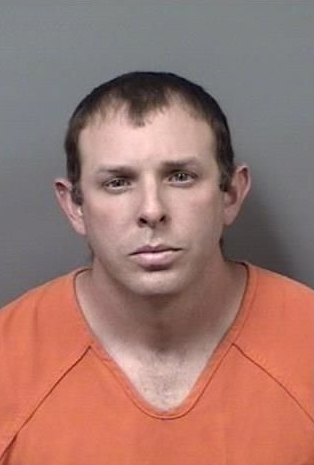 Assistant State Attorney Blake Shore also said he needs to depose a defense witness, a forensic pathologist, before the trial, which the prosecutor expects to last at least three days.

It’s alleged Dorta, an Inverness 35-year-old, caused the May 20, 2019, death of his 2-month-old boy, who first responders found unresponsive in Dorta’s home after the baby’s father called 911 himself.

Medical examiners ruled the infant’s death a homicide after finding injuries of blunt force trauma to his head, along with fractures to his thigh and ribs.

Citrus County Sheriff’s Office authorities arrested Dorta in May 2020 on a warrant, roughly a week before Dorta resigned from the county fire department, where he worked since 2016.

Shore told Howard on Monday he hasn’t made a plea offer to Dorta, who faces up to 35 years in prison if he’s convicted as charged, and the prosecution has yet to get one from the defense.

“It would have to come with an incarcerative sentence,” the prosecutor said, noting Dorta doesn’t have a criminal record.

Despite the Inverness 45-year-old’s request to reschedule, Brandy Lynn Spittlehouse’s fentanyl-trafficking case will remain on Howard’s trial docket for next week, Aug. 29.

Howard on Monday rejected a motion from Spittlehouse’s lawyer, Bryan Caughey, to continue his client’s trial, which prosecutors expect to last a day. 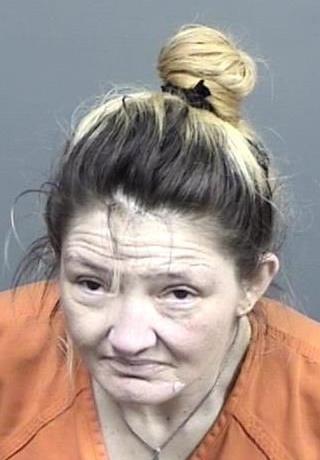 “There’s unbelievable liability,” Caughey said. “She has some more questions.”

“This is a lot to take in, a lot to deal with,” Spittlehouse added. “There’s a lot in this plea agreement.”

Howard told Spittlehouse she has until next Monday to decide between a trial and a quarter of a century behind bars.

It’s alleged Citrus County Sheriff’s Office deputies found 49.5 grams of fentanyl, 62.5 grams of THC gummies, around 95 assorted pills and three syringes of fentanyl in a vehicle Spittlehouse was driving during a May 2021 traffic stop.

Spittlehouse’s trafficking charge is punishable by up to 30 years in prison, and her other offenses carry a combined prison sentence of up to 65 years. She also faces drug-related charges in two other felony cases.