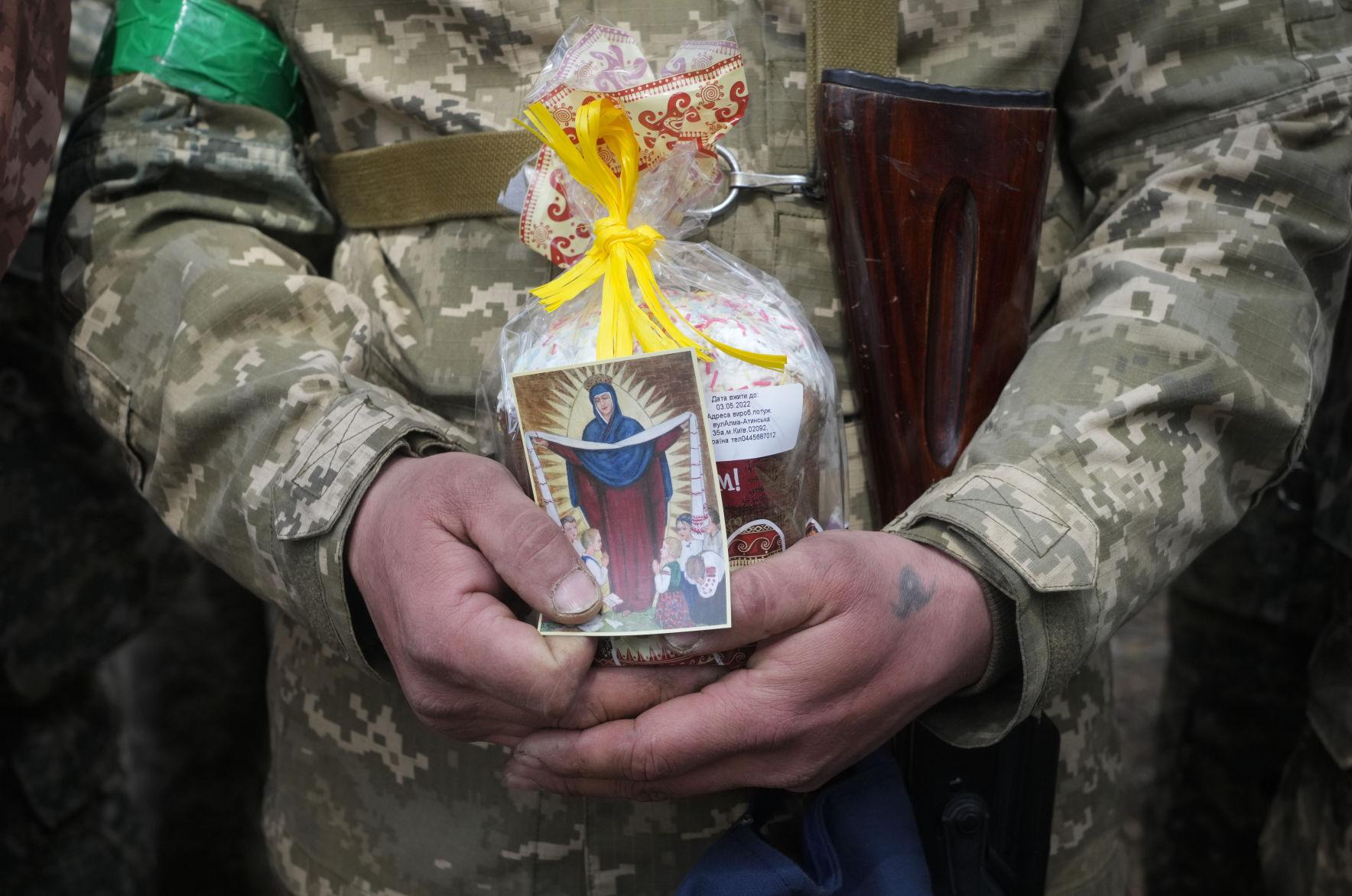 Northbound traffic along County Road 491 in Lecanto – between West Ocala Street and West Grover Cleveland Boulevard – was restricted to one lane in October 2021. This repaving work was one of the more recent Small County Outreach Program (SCOP) projects.

Seven Citrus County roads are in line for resurfacing.

And thanks to a state program, those roads – from Homosassa to Inverness – will pose a minimal cost to the county because of a joint project funded by Citrus County and the Florida Department of Transportation’s (FDOT) Small County Outreach Program (SCOP).

The following three are under one contract for $2.3 million and going before county commissioners for approval at their Tuesday meeting. Once approved, work will begin as soon as possible on:

The following four projects are in various stages of work:

Forest Ridge Boulevard from County Road 486 to Lake Beverly Drive – Bids came in too high and the county is evaluating options.

Yulee Drive from Bradshaw Street to U.S.19 – County plans to go out for bid in early May

There are about 790 miles of county-maintained roads in Citrus in need of resurfacing. Just ask residents of Citrus Springs, where many of the worst roads exist.

The county estimates it would cost $123 million to resurface all of them. Commissioners for months have bandied about possible funding sources, including a half-cent or full-penny sales tax hike.

Citrus County meets the eligibility requirements of a population threshold of 170,000 people or less.

The SCOP resurfacing projects are programmed about five years in advance with FDOT footing 75 percent of the cost and the county 25 percent.

Eric Ducharme, right, records two mermaids, Brittany Ellis and Marissa Whittaker, who swim in his new 15,000-gallon aquarium at the Mertailor’s Mermaid Aquarium Encounter located near Lecanto. The ladies swim with the assistance of air they breath through hoses they hold in their hands.

mattbeck / Photos by Matthew Beck / Special to the Citizen

A 15,000 gallon tank filled with saltwater, tropical fish and mermaids is a highlight at the Mertailor’s Mermaid Aquarium Encounter in Lecanto in Citrus County.

A tank full of spiny lobsters offers those taking in the exhibit a unobstructed view of the creatures.

Touch tanks like this one offer visitors to the Mertailor’s Mermaid Aquarium Encounter unique. Visitors can not only view the life aquatic life but they can feel many of the creatures.

Following a rehearsal Eric Ducharme shows Brittany Ellis, center, and Marissa Whittaker video of their underwater routine. Ducharme has opened a aquarium that features a 9-by-8-by-30-foot tank where mermaids perform.

Marissa Whittaker, left, and Brittany Ellis perform moves in their newly made tails at the Mertailor’s Mermaid Aquarium Encounter in Lecanto.

Touch tanks like this one offer visitors to the Mertailor’s Mermaid Aquarium Encounter unique. Visitors can not only view the life aquatic life but they can feel many of the creatures. Informative displays also provide factual information about each display.

Generations of mermaids have sprung from Weeki Wachee Springs, but now they have a new home to flash their fins.

Lecanto-based Mertailor, which is not new to the spotlight, is diving in with a new endeavor with an aquarium, including its own live mermaid show. The Mertailor Mermaid Aquarium Encounter is complete with fish, stingrays and a mermaid show, a lifelong dream of Eric Ducharme’s coming to fruition.

Ducharme’s magical creations have made headlines worldwide for his incredible success story – becoming fascinated with mermaids as a child, starting his own mermaid tail manufacturing business at the age of 14, gaining worldwide recognition for the quality of the product he creates. He is definitely a case of born-to-be-an-entrepreneur. 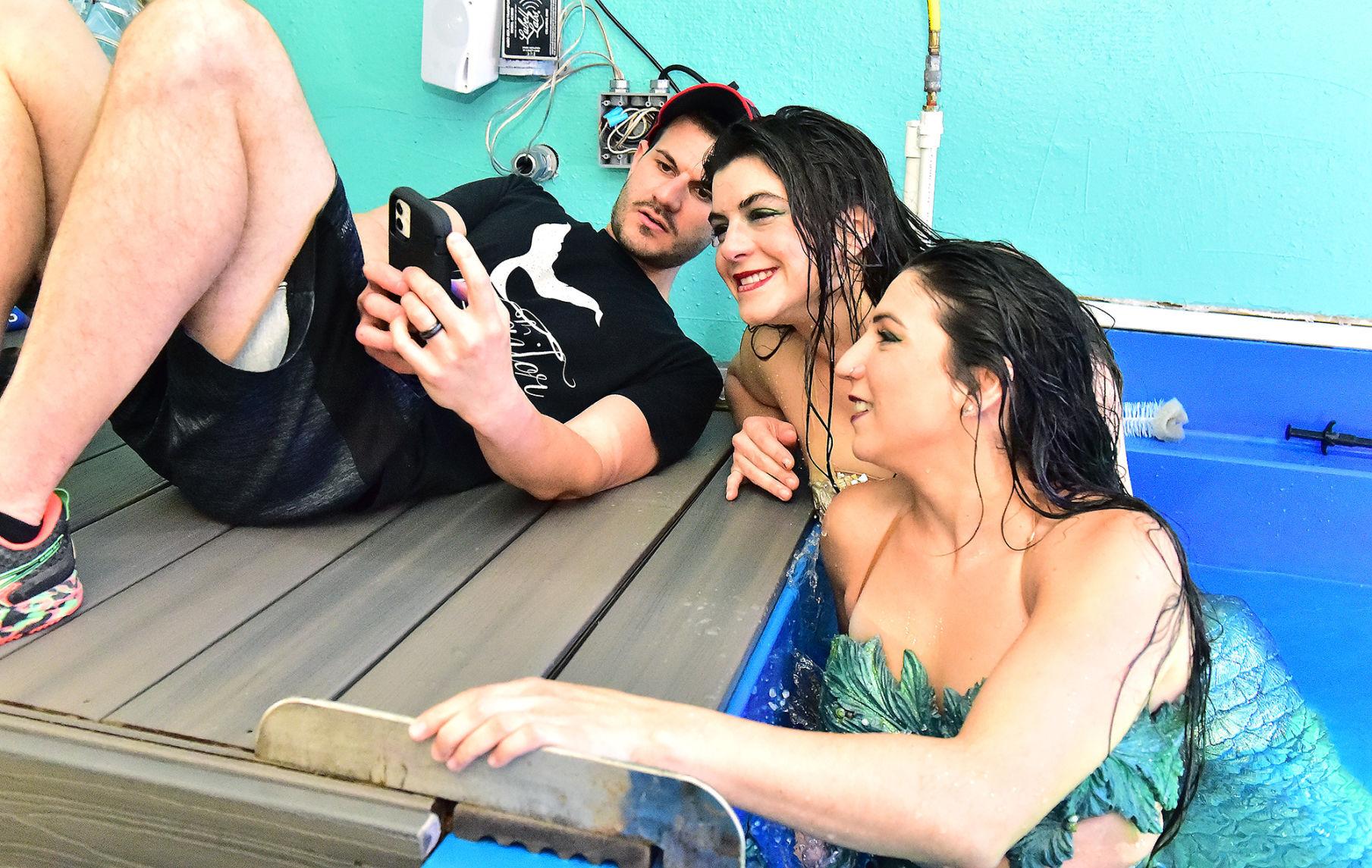 Following a rehearsal Eric Ducharme shows Brittany Ellis, center, and Marissa Whittaker video of their underwater routine. Ducharme has opened a aquarium that features a 9-by-8-by-30-foot tank where mermaids perform.

Mertailor hosted mermaid auditions at the aquarium for the past few days, where both Ducharme and Barbara Wynns, an instrumental figure in his journey to now, were present to discuss and judge the auditions.

Wynns was a Weeki Wachee mermaid from the 1960s and ’70s when the mermaids lived on the grounds of the springs and swam in the shows. In 2010, she met a young and enthusiastic Ducharme. She gave him an old tail they had and let him play in the springs, eventually getting him on the air-hose, which is what they use during shows to breathe while staying submerged. As a teenager, he got SCUBA certified and the park made him a prince in the show while also having him make tails for them.

“The day that Eric left Weeki Wachee, the idea for his own mermaid show was birthed,” Wynns said. 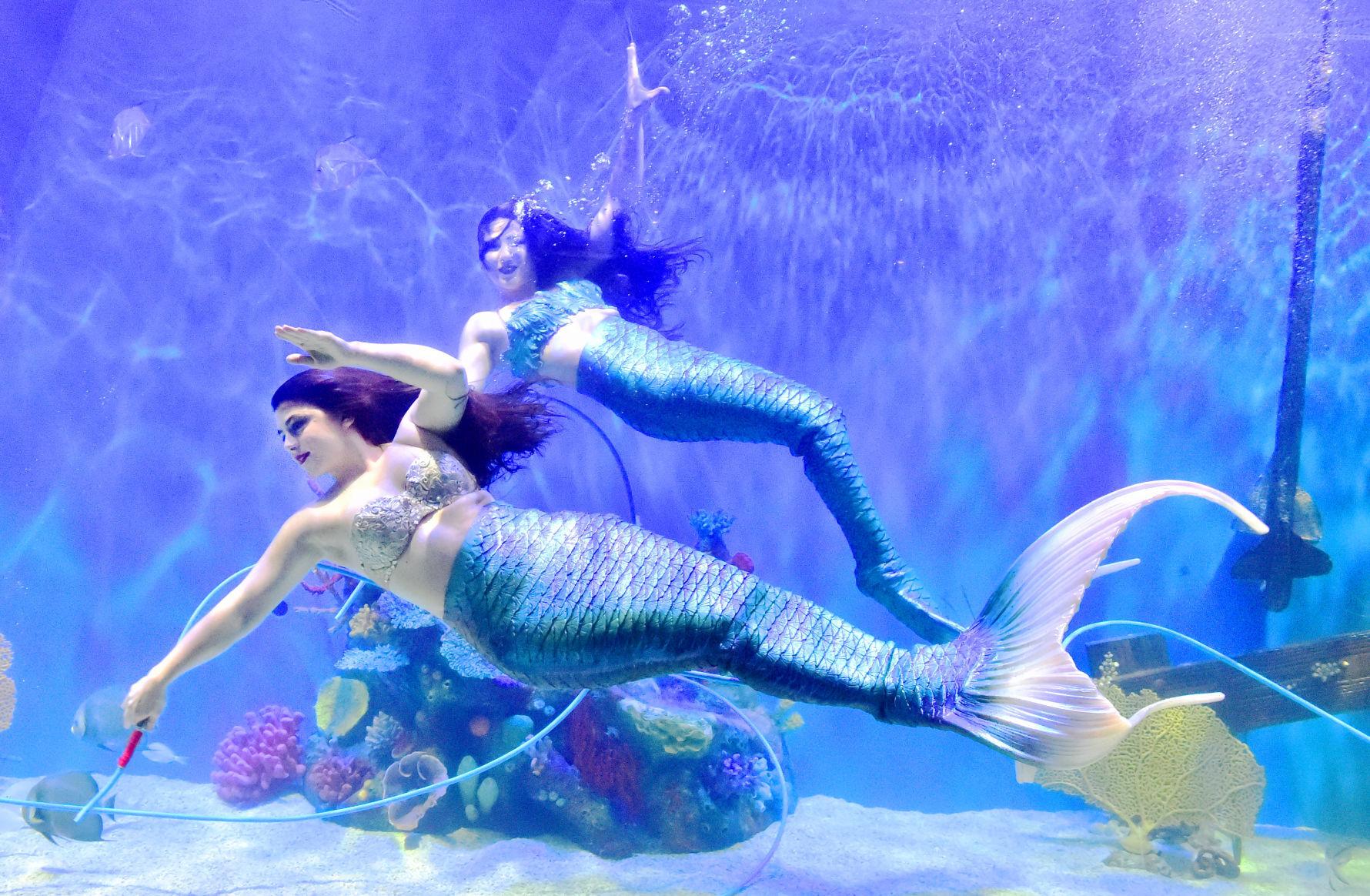 Marissa Whittaker, top, and Brittany Elis use their tails to glide through the Mertailor’s Mermaid Aquarium Encounter.

Until now, it was the lone place for professional mermaids to work, but, as Wynns said, “everyone who has left Weeki Wachee wants back in the water on the air-hose. There’s no place like it in the world.”

At the first day of auditions, Thursday, April 21, they had five potential mermaids and one merman show up to try out. They auditioned two at a time in the show tank, testing them on treading water without using their legs, breath holding, facial expressions, diving, backflips and even ballet moves like the pinwheel, front leap and bird arabesque. All of these are important for Ducharme and Wynns to determine whether the individual has both show potential and trainability.

“I did dance for 11 years, so I was familiar with some of the moves, but I’ve never attempted them underwater,” said Micah O’Leary-Wyatt, one of many who auditioned for a spot in the show. “It added a whole other element to it that was surprisingly more difficult than I had anticipated. But once I got in there, I felt comfortable.” 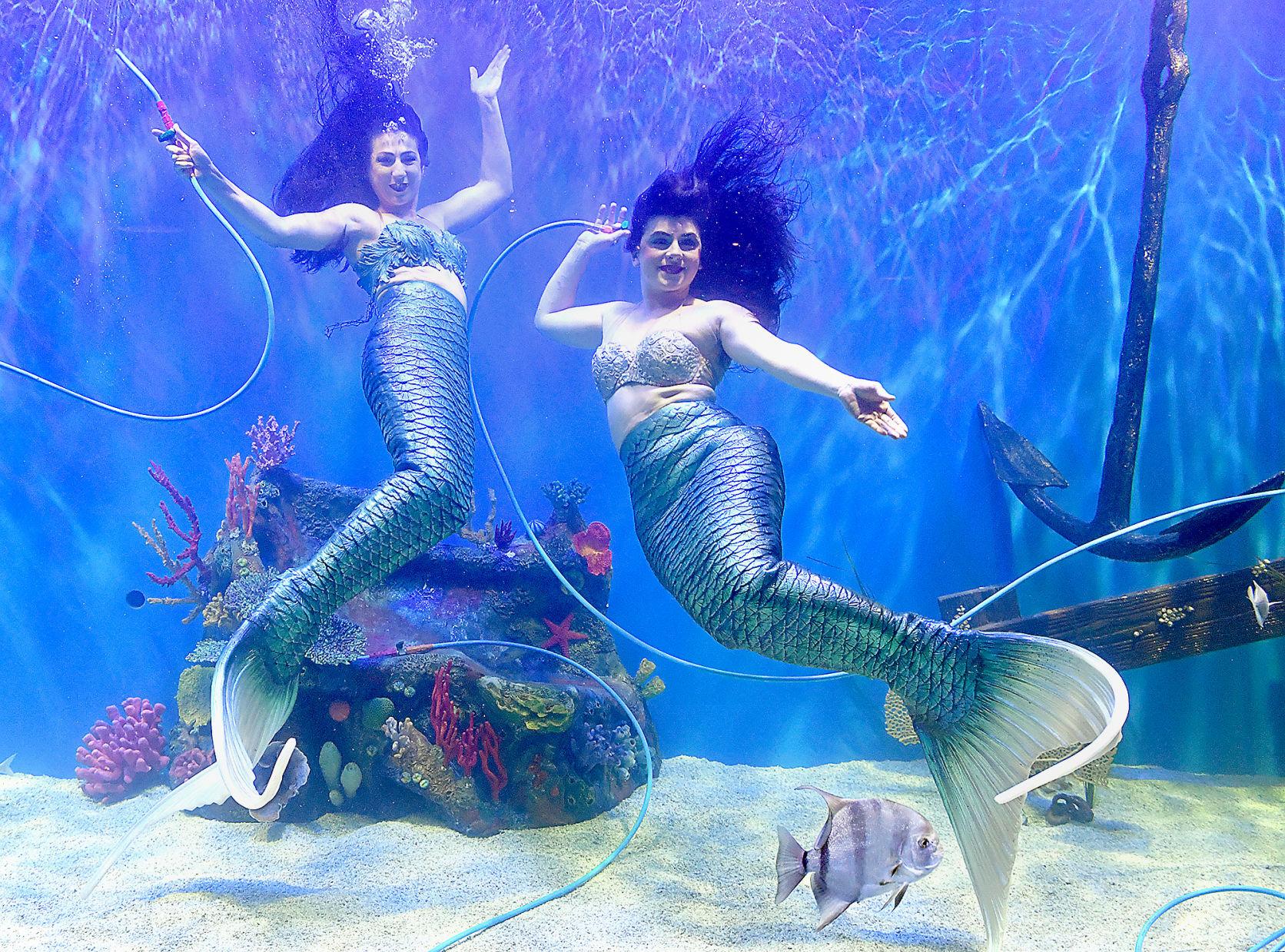 Marissa Whittaker, left, and Brittany Ellis perform moves in their newly made tails at the Mertailor’s Mermaid Aquarium Encounter in Lecanto.

O’Leary-Wyatt called the show a “big deal” for Citrus County.

“I think it’s really going to help bring in profit for our tourism industry and just really help the community and give them something to appreciate locally,” she said.

The biggest difference between the shows at Weeki Wachee and Mertailor is the difference in the water and aquatic life. Weeki Wachee, of course, is a freshwater spring while Mertailor’s aquarium is salt water-based, said Marissa Whittaker, a former Weeki Wachee mermaid who now does shows at the Mertailor aquarium, noting the sea life she swims alongside now isn’t what one would typically see in the spring-fed waters here. The aquatic life is truly what sets Mertailor apart from the well-known show at Weeki Wachee as well as the ever-enchanting mermaids dancing through the water. 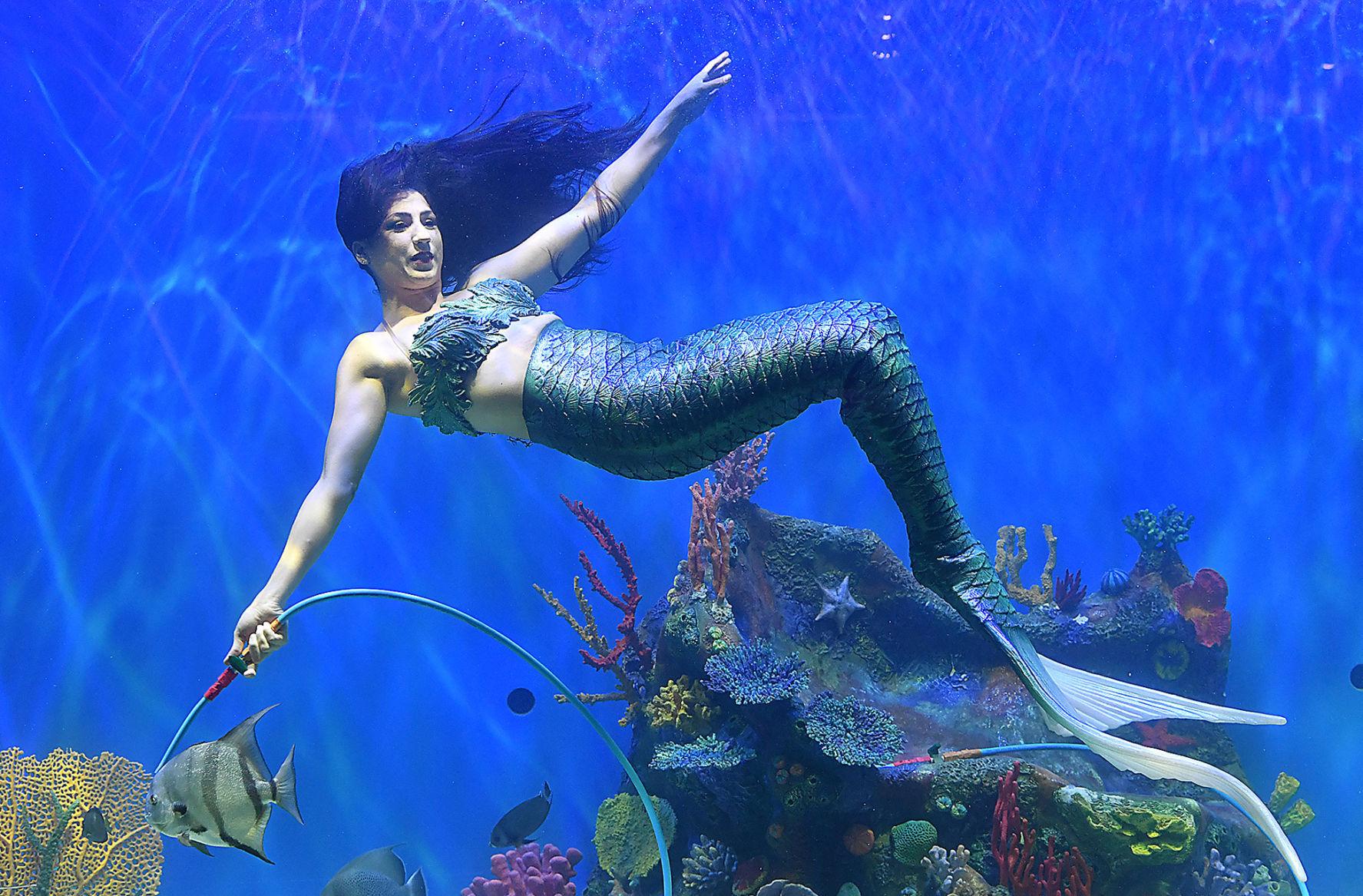 Marissa Whittaker swims backwards in the large Mertailor’s Mermaid Aquarium Encounter in Lecanto. The hose she holds allows her to stay underwater and perform while using the tube to breathe air.

The aquarium, which opened its doors to the public in December 2021, is home to marine life of all different kinds, including those both native species and from oceans around the world. In one tank are species from Florida’s natural springs, like the Florida gar fish and American bullfrog, while others included species such as the Peacock Mantis Shrimp and Two-Spotted Octopus.

In addition to marine life, the aquarium is also home to a flock of rescued macaws and cockatoos.

“Most people who buy these birds as pets don’t realize what goes into taking care of them and eventually decide they don’t want them anymore, especially since the lifespan of these birds is anywhere between 60-80 years, which is a lifetime commitment,” Ducharme said. 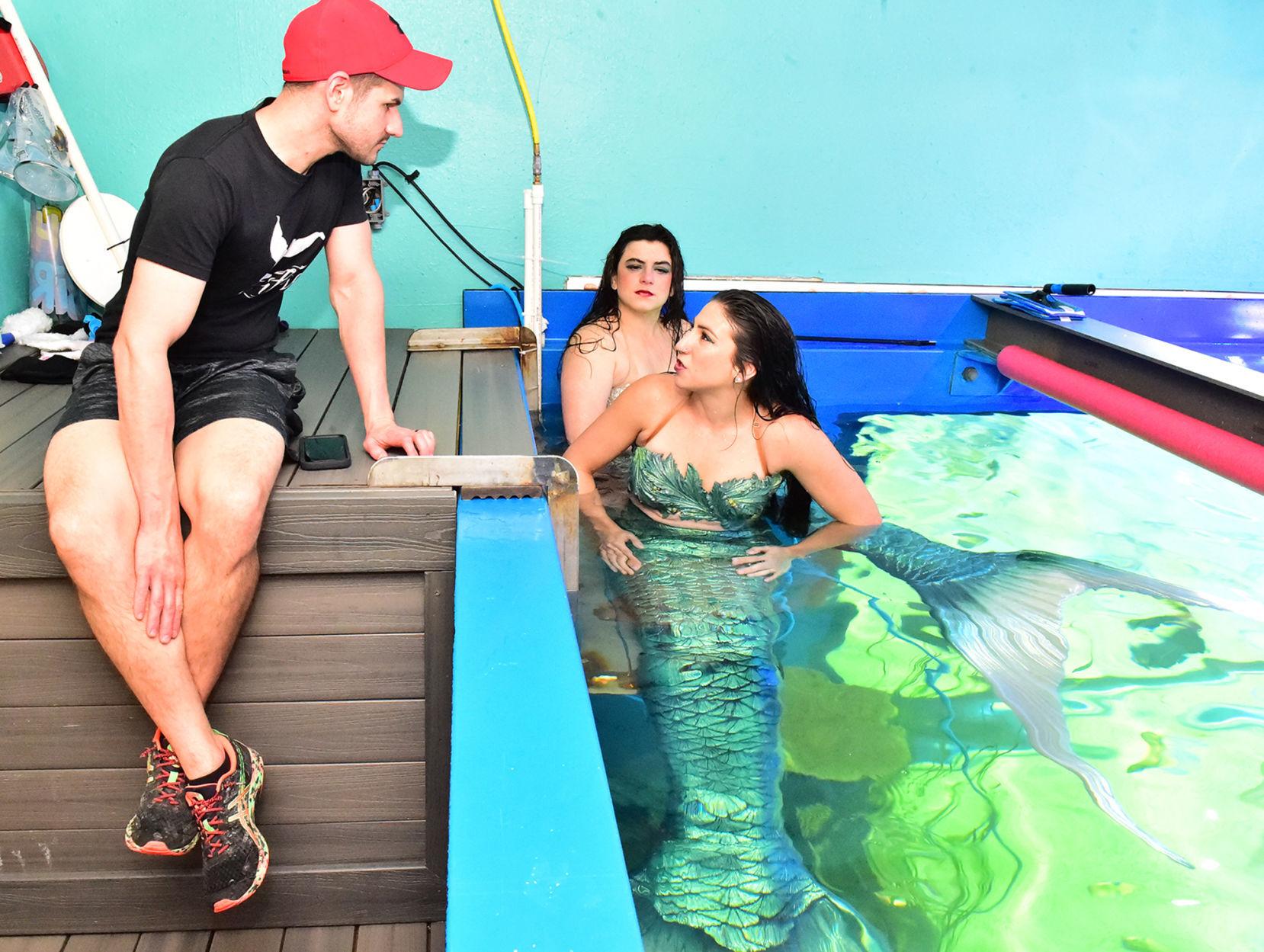 So, many of these birds end up under the care of sanctuaries or people such as Ducharme and his partner who are willing to open their homes to them. The aquarium has 10 macaws with plans of bringing in more that are currently being fostered by trusted parties.

All of the tanks in the aquarium were acquired secondhand and refurbished, either through Craigslist, Facebook marketplace or repurposing from other aquariums or amusement parks around the state. All of the woodwork in the aquarium was done by one of their employees in manufacturing who is a carpenter. The mermaid tank, which holds 15,000 gallons of water, was created especially for the aquarium by Waterdog Products Inc. in California.

The aquarium part of the mermaid experience was completely unplanned, so Ducharme dedicated most of his time initially to researching how to open an aquarium and proper care of the animals and sea life through reading manuals and textbooks published by zoologists and marine biologists, as well as reaching out to other facilities for advice on getting started. Ducharme personally learned how to care for each and every animal under Mertailor’s roof.

“It’s been a big learning curve, but my goal is not to exploit these animals, only to use them as an educational tool for our guests,” he said. 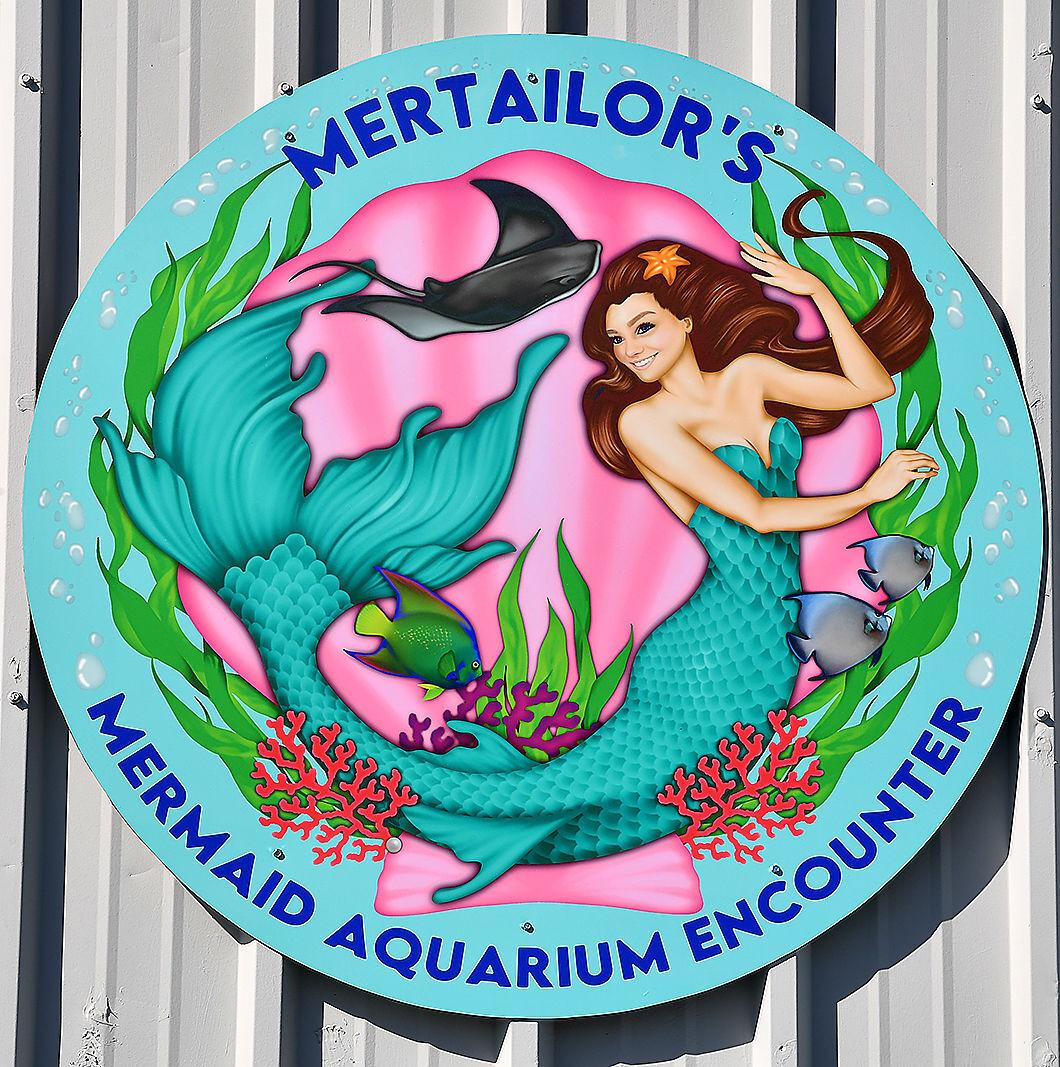 Now open for business, the Mertailor’s Mermaid Aquarium Encounter offers visitors a chance to interact with a wide variety of exotic, aquatic animals as well as exotic birds.

The goal of the aquarium is to provide people with an opportunity to interact with a species in a controlled environment in order to give them a better appreciation for that species to then take with them back out into nature.

“The hope is that with this knowledge about these animals they might be outside, see trash on the ground in the environment where these species live, and decide to pick it up so that it doesn’t cause harm to these species,” Ducharme said.

His ultimate plan for the aquarium is to be able to develop a marine life rehabilitation facility with the capacity to help the manatees and turtles in the springs.