The original routes of Crystal River's Riverwalk boardwalk and sidewalks. Routes colored in yellow were completed, and those colored red are unfinished.

Gov. Ron DeSantis spared a handful of Citrus County initiatives from his veto pen before approving Florida’s next budget.

DeSantis signed the $109.9 billion “Freedom First Budget” Thursday, June 2, at The Villages, funding $27.05 million for the completion of the Crystal River Riverwalk, the continued cleaning of King’s Bay, a local runway extension, a school’s septic-to-sewer project, a restoration of the Tsala Apopka Chain of Lakes, and a Habitat for Humanity project.

Crystal River received $3 million to build the city’s Riverwalk boardwalk along Cedar Cove, and connect it with the Riverwalk’s first phase of sidewalks downtown, finishing the long-awaited endeavor.

“The Riverwalk has been presumably the number one project the city of Crystal River has been working on for close to 30 years,” City Manager Ken Frink said, “and through the kind gesture of the Florida Legislature and Gov. DeSantis, it’s finally going to come to fruition.” 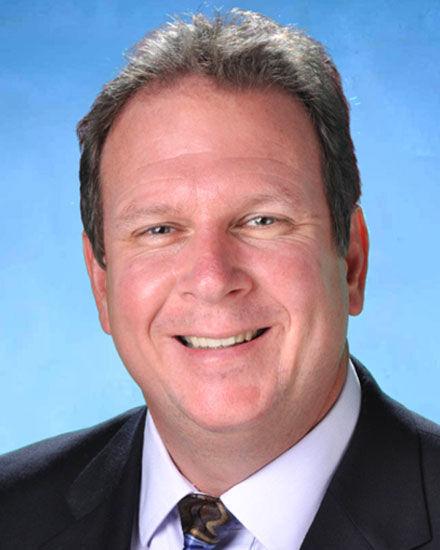 “They all worked hard and got this in the budget, and it was a concerted effort to get that funding so we are grateful,” Meek said. “We think this will have major impacts, not just on Crystal River but the community as a whole. ... This was excellent news, and just a big victory for us.” 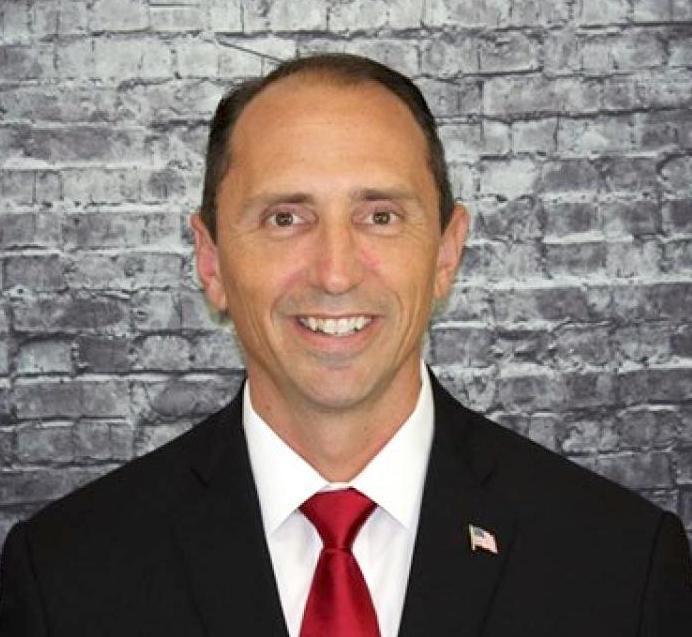 Meek said the city is still moving forward with planning the Turkey Oak bypass even though DeSantis vetoed its $20.7 million funding request.

“It wasn’t a project we were ready to move forward with, like we are with Riverwalk,” Meek said. “Riverwalk is a total turnkey project – we’re in permitting right now, we’ve got agreements in place, and it’s something we can move forward with very fast.” 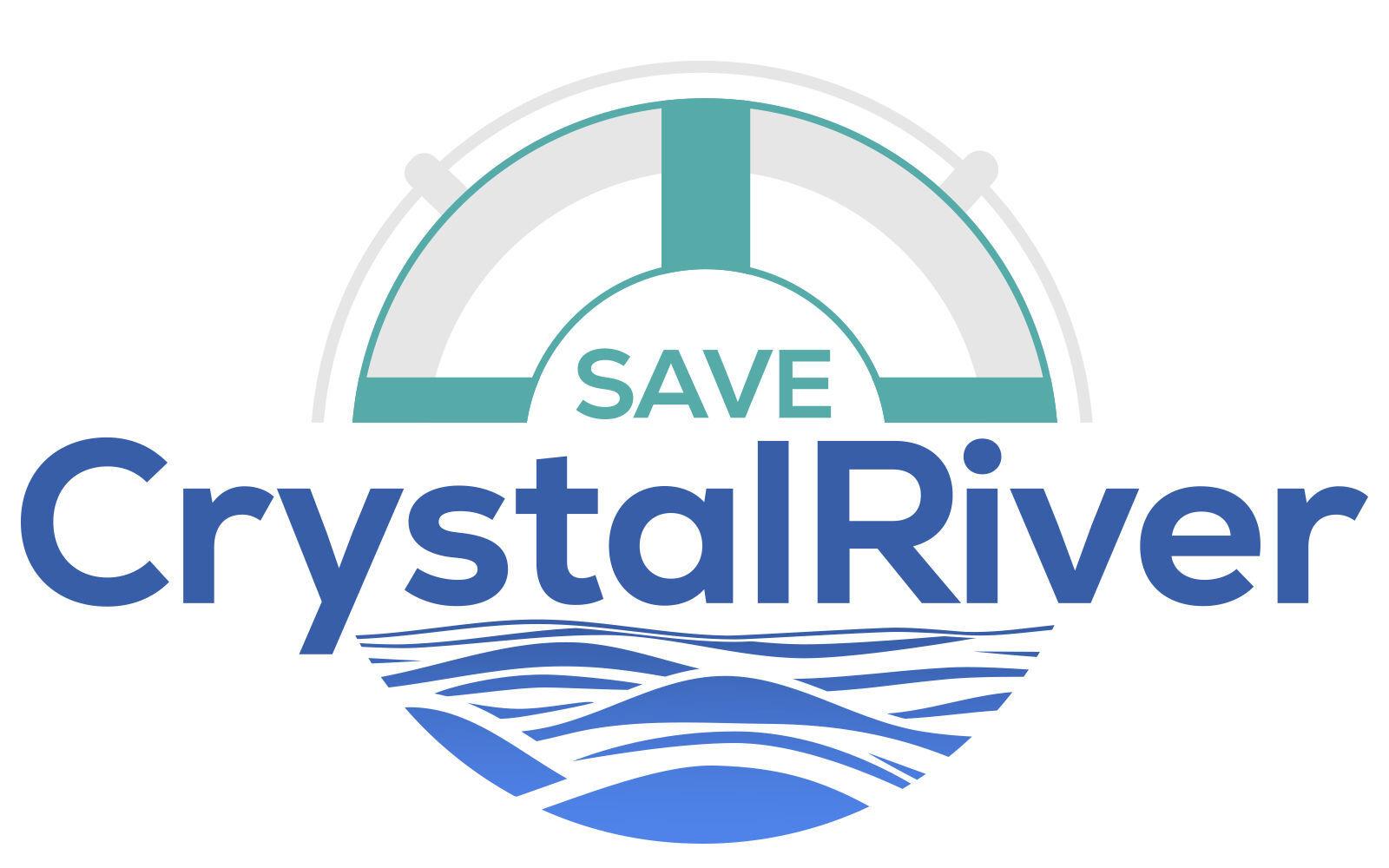 Save Crystal River (SCR) was awarded $10 million to take its King’s Bay Restoration Project almost to the end of cleaning 93 acres of bay’s depths by Crystal River’s 100th anniversary as a city on July 3, 2023. Visit kingsbayrestorationproject.com to find out more.

Lisa Moore, SCR’s board president, said there’s between 15 and 20 acres left to go, and additional funds will be needed to finish. 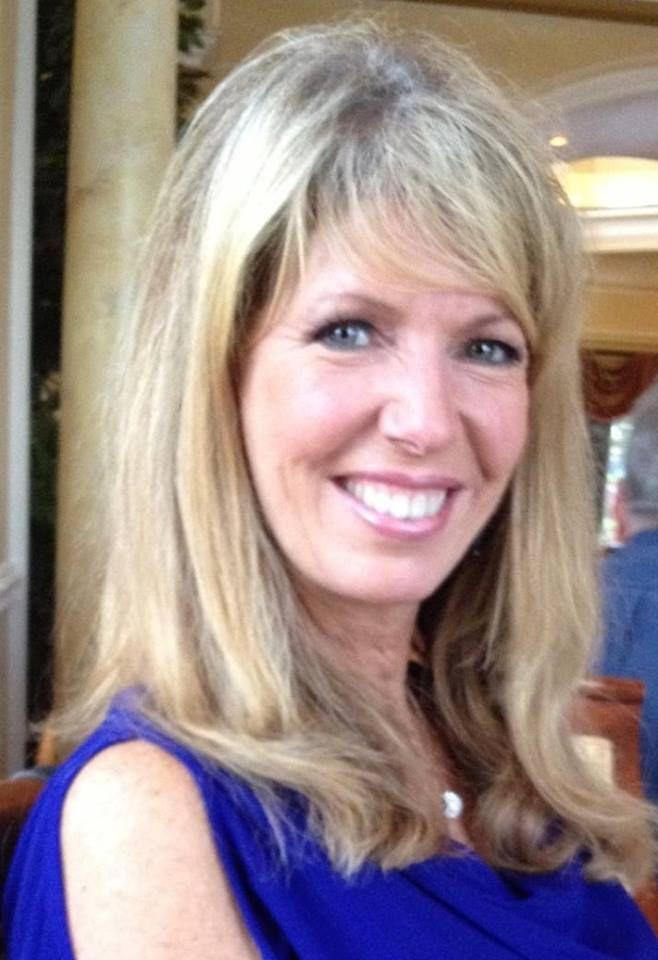 Special to the Chronicle

Lisa Moore, board president of Save Crystal River.

“This is the goal we’ve been trying to reach for seven years now, and we’re finally getting there,” she said, thanking DeSantis, Simpson and Massullo. “We are trying everything we can to get the funding and donations to complete the project by the 100th anniversary date.”

“We’ll have to try something else,” Moore said, “and keep trying.”

“People often underestimate the economic impact airports have on a community,” she said. “I believe the figure is in general, nationally, a 7-to-1 return on dollars in local airports.”

Davis, who chairs the county’s Tourist Development Council, said she was overjoyed to hear about the Crystal River Riverwalk, but said it was a shame to hear DeSantis cut the $9.25 million multi-use path for Fort Island Trail, adding, “it’s time will come.”

Davis was thrilled the $4.2 million for a restoration project to reduce floating tussocks and remove bottom sediment on the Tsala Apopka Chain of Lakes was approved.

“I am absolutely overjoyed to hear it went through,” she said. “I was impressed by the TOO FAR efforts when I first entered office, so it’s good to see our efforts come to fruition. It’s a critical step in restoring our waters countywide.” 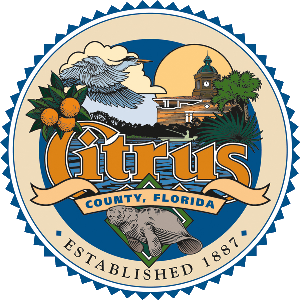 DeSantis allowed for $250,000 to remove the septic system for the Academy of Environmental Sciences, and connect the public charter school with sewer system of Crystal River, which owns the school’s building and assisted with the school’s legislative request.

“It’s really their project,” Frink said, “but we were a big part in helping out with that.”

Habitat for Humanity at Citrus Springs was also awarded $2.5 million.

Citrus County Sheriff Mike Prendergast is asking county leaders to consider a budget increase of around $8.48 million for his agency to take on inflation, address staffing shortfalls, acquire and upgrade needed equipment, and better compete with other law enforcement offices.

“I consider these proposed expenditures reasonable and necessary for the purpose of properly and efficiently carrying out the powers, duties and operations of the Citrus County Sheriff’s Office in the upcoming fiscal year,” Prendergast wrote to commissioners. 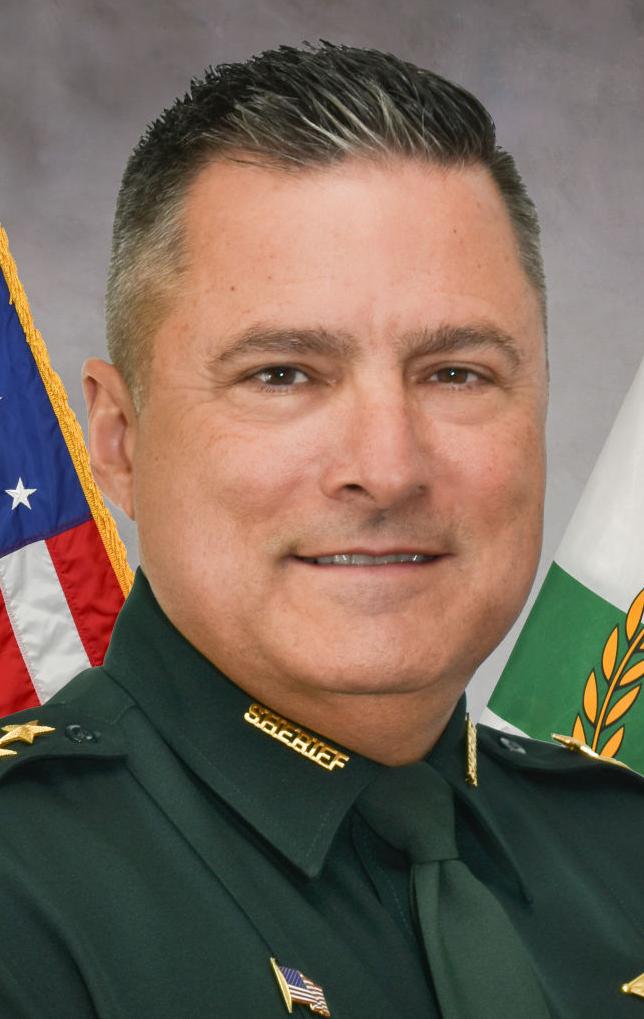 Prendergast also wants body-worn and patrol-car cameras for every deputy at a first-year cost of $683,082 as part of a five-year payment plan with Motorola Solutions, noting the cameras would not only promote transparency but also expedite investigations and evidence gathering.

“This body-worn and in-car video package in the proposed budget provides the level of accountability and trust the citizens expect,” the sheriff wrote.

Prendergast, along with the county’s other constitutional officers, will have an opportunity to present their budgets to commissioners on July 26.

According to the sheriff’s budget proposal, there’s a $3.94 million request to add 21 sworn, and seven civilian jobs.

It’s Prendergast’s goal, according to his budget proposal, to add 48 sworn positions over the next five years to catch up and keep pace with the county’s estimated population growth rate of 3.1 percent, meeting Florida’s average to have 1.7 law enforcement officers for every 1,000 inhabitants.

Prendergast noted the budgeted expenses also compensate for economic forecasts calling for “continued inflationary pressures into 2023” and rising costs of living into 2027.

“While inflation is rising everywhere,” the sheriff wrote, “price hikes are particularly devastating to the households of our deputies, communications officers and support staff colleagues with already tight budgets.”

Around $31.16 million is being budgeted for sheriff’s office salaries, including the $2.22 million in pay for the expanded staffing Prendergast also budgeted for. This is a $6.42 million increase for salaries compared to the agency’s current budget.

Florida’s next budget, the sheriff said, would pull prospective and current employees away from his agency to work for the state.

Prendergast said his proposed budget “addresses those imperatives” to help the sheriff’s office “retain its current workforce as well as attract, recruit and hire the new talent necessary to meet the increasing demands for service by our citizens and visitors to our community.”

Crystal River and Inverness also contract with the sheriff’s office to provide the cities with law enforcement services.

“In closing,” the sheriff wrote to county commissioners, “we faithfully endeavor to prepare a budget that will meet the demands and service expectations of our citizens.”

A Florida Turnpike official said Thursday he will take all concerns from Pine Ridge residents regarding the Suncoast Parkway extension from State Road 44 to County Road 486 back to his agency and issue a response addressing such things as reducing expected road noise and adjusting the route.

The matter came up at Thursday’s Hernando-Citrus Metropolitan Planning Organization (MPO) meeting, where a handful of Pine Ridge members showed up to reiterate their position previously addressed in a letter to MPO chairwoman Elizabeth Narverud.

Citrus County commissioner and MPO member Jeff Kinnard said delaying construction on the next phase of the parkway – another request from Pine Ridge – has little chance of happening. “I understand their position (but) there is no appetite on the (county commission) board to delay the construction,” he said. “In fact, it’s just the opposite.”

County commissioners have repeatedly said they want the parkway to continue as soon as possible from its current terminus at State Road 44 all the way to U.S. 19.

County Commissioner and MPO member Ruthie Schlabach said she agrees a berm or some kind of sound-reducing structure might be helpful for Pine Ridge residents and it’s worth looking into.

Pine Ridge Association President Mike Perry, in a letter to Narverud, said his board wanted a delay to extend the parkway from State Road 44 to U.S. 19 until there is sufficient funding to construct the entire segment in one package and not piecemeal it.

He also asked that the parkway design of phase 3A between State Road 44 and County Road 486 follow the Duke Energy corridor more closely to reduce impacts to Pine Ridge.

Siaosi Fine, planning specialist with Florida’s Turnpike Enterprise, said a response from the state agency will be forthcoming.

Mark Svestka of Pine Ridge said after the meeting he would have liked more of a firm commitment from the MPO to explore their concerns but he was happy to at least get Fine’s assurance that FTE will review them.

Resident Rochelle Knowles urged the MPO not to allow the toll road to destroy the pristine beauty of the area.

MPO Executive Director Robert Esposito got the green light from his board to contact the Florida Department of Transportation about the Citrus County commission’s unanimous request to install a traffic light at the corner of U.S. 41 and South Airport Road.

Airport Road will be the main access into the soon-to-be-constructed industrial-business park at the Inverness Airport and commissioners believe that intersection will get congested.

Citrus County’s elected constitutional officers’ budgets are in and, except for a hefty hike from the sheriff, the others submitted modest year-over-year increases due to inflation, employee compensation and equipment purchases.

Sheriff Mike Prendergast turned in a $39.949 million overall budget, about 30 percent more than last year’s $31.467 million. The Chronicle broke out his request in a separate story included elsewhere in today’s issue.

Commissioners do not review or approve budget requests from the property appraiser or tax collector. Instead, they are submitted to the Florida Department of Revenue and taken from fees provided by statute-based property values.

Tax Collector Janice Warren submits her budget in August directly to the Florida Department of Revenue. Her approved budget for the 2021-22 fiscal year was $5.35 million.

As for the rest, here is what officials’ submitted for fiscal year 2022-23. All are subject to change as discussions with county commissioners proceed in the coming weeks and months.

Clerk of the Court

Also calculated is a budget adjustment to gradually reach the $15 per hour minimum wage requirement.

“This budget reflects a limited, normal increase of $256,754, or 8.36 percent, plus two non-recurring requests: $49,000 for one of three new servers we will need to purchase next year, and $14,000 for network equipment to connect with the new courtroom the board is constructing in the old Coke building,” according to the clerk’s office. 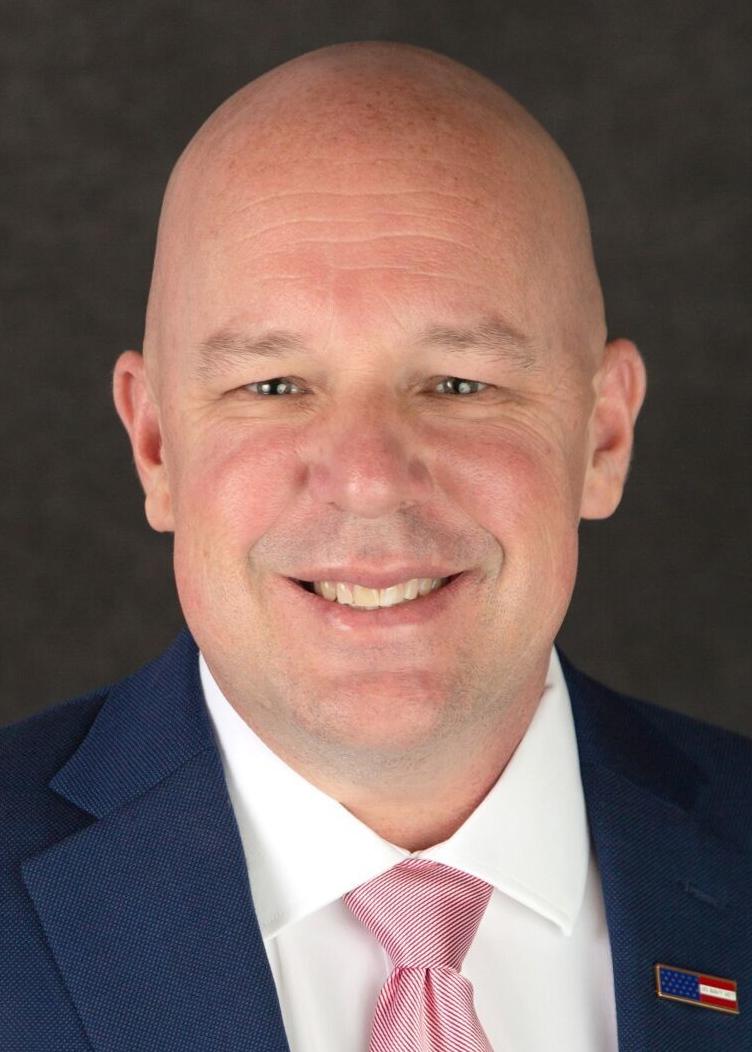 Per Florida Statutes, the taxing authority’s portion of the budget is estimated to be $4,122,651.28, or about 92 percent of the total. 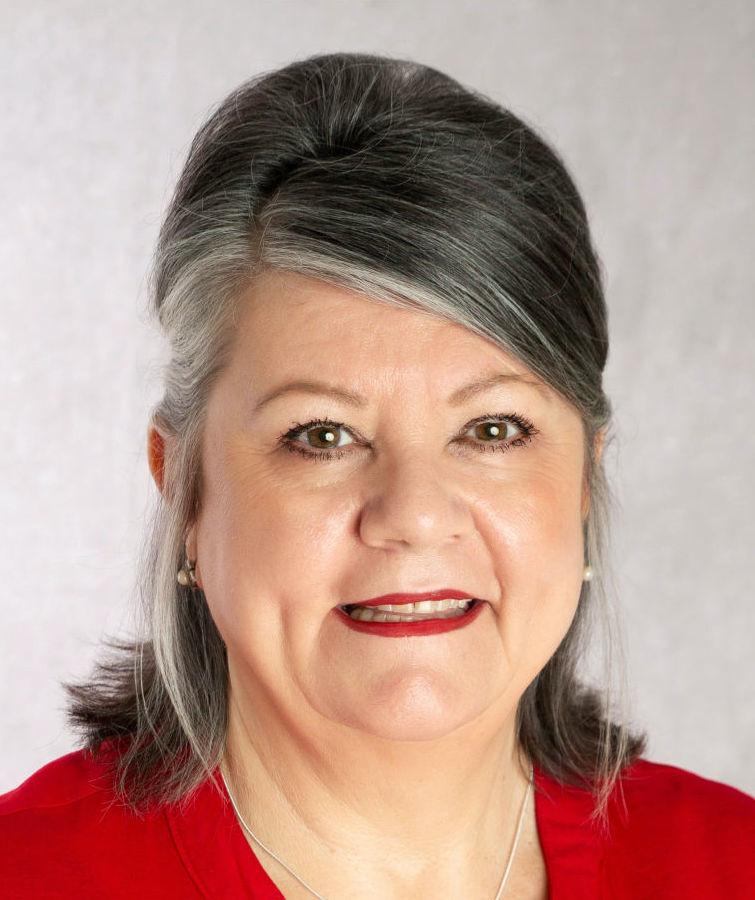 The cost of printing doubled in the mail-outs this year and will affect the budget going forward.

A total of $18,083 will continue in the budget going forward due to redistricting. Associated costs include equipment hardware/software licensing, poll workers, supplies and ballots.

Due to loss of a grant, the office will incur the $38,820 cost of printing and postage of sample ballots.

A $54,852 request for a new employee. Baird said the office has had no new employee positions added since 2006.

Storm trackers see an increased chance that a low-pressure system will increase in strength and affect Florida in the coming days.

The National Hurricane Center said Thursday morning that the system, which was near the Yucatan Peninsula and southeastern Gulf of Mexico, had an 80 percent chance of developing into a tropical system within 48 hours.

“Despite strong upper-level winds, this system is likely to become a tropical depression or tropical storm while it moves slowly northeastward over the northwestern Caribbean Sea and southeastern Gulf of Mexico during the next day or two,” the center said in a morning advisory.

Even if the system doesn’t strengthen to a tropical system, which would be named Alex if maximum sustained winds top 39 mph, the center said heavy rainfall is likely Friday across southern and central Florida and the Keys.

The center has also been watching a second system that is about 200 miles northeast of the northwestern Bahamas. But as that system slowly moves northeast away from Florida, the center gave it no chance of forming into a tropical system. 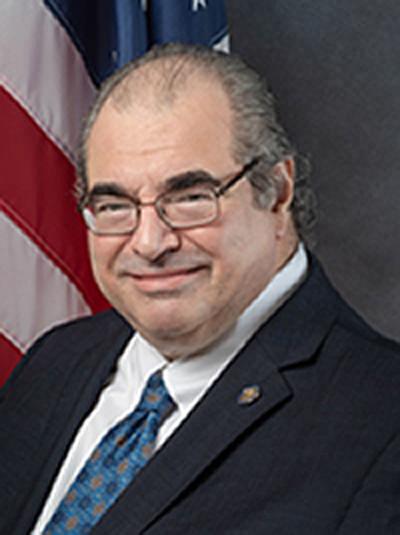