Jace Brundon, 7, has stage 4 neuroblastoma cancer and for the past year, he has been undergoing treatment at Johns Hopkins All Children’s Hospital in St. Petersburg.

He likes dinosaurs and Transformers and Chinese food.

About a year ago, this normal little boy started having headaches and nosebleeds.

He had been staying with his great-grandmother, Brenda Hatton, who was doing Jace’s hair one morning, getting him ready for kindergarten, when she found a knot on his forehead.

“After that, we got the worst news anyone could get,” Hatton said. “It was a brain tumor, cancer, and it was even worse – the cancer was throughout his whole body.”

Jace was diagnosed with stage 4 neuroblastoma cancer and for the past year, he has been undergoing treatment at Johns Hopkins All Children’s Hospital in St. Petersburg.

On Tuesday, March 8, he begins stem cell transplant treatment, which includes high-dose chemotherapy prior to the actual transplant surgery.

“This time the chemo will be even harder on his body,” Hatton said, choking back tears. “One of things he’ll have to do is take a shower every six hours because the chemo isn’t eliminated through the urine, but through the skin, and it could burn him.”

Hatton said her grandson, Jonathan Brundon, who goes by “JC,” shares custody of Jace and his two younger brothers, one who also has medical issues, with the boys’ mother.

Jace has been staying with Hatton so he can be isolated while waiting for treatment.

“This family is really on our hearts,” said Joe Varney, youth pastor at First Baptist Church in Inverness, a church that’s helping the family. “Jace is an awesome kid, and we’ve been doing what we can as a church to help.”

JC works at nursing homes doing patient care when he can.

Varney said the family needs financial help to cover medical and living expenses and the cost of traveling back and forth to St. Pete.

The family could also use gas cards and Walmart cards, which can be mailed to or dropped off at the church.

The Florida Cracker Kitchen prepares food fresh when ordered. Popular items include shrimp and grits and corned beef hash. “It’s the best corned beef hash you will ever eat,” one patron remarked while finishing his breakfast.

A country store adjacent to the Florida Cracker Kitchen offers shoppers a wide variety of items branded with the company’s unique brand.

Giant cinnamon rolls are a popular menu item at the Florida Cracker Kitchen in Old Homosassa. The oversize rolls are handmade daily in the kitchen.

Giant cinnamon rolls are a popular menu item at the Florida Cracker Kitchen in Old Homosassa. The oversize rolls are handmade daily in the kitchen.

Florida craft brews are available on tap at the Florida Cracker Riverside Resort.

Corned beef hash, eggs and a homemade biscuit is a house specialty at the Florida Cracker Kitchen in Old Homosassa.

Hernando Countians are already familiar with the Florida Cracker Kitchen, a staple for the past 10 years and one of the most popular breakfast-lunch eateries in Brooksville.

They recently opened their second Florida Cracker Kitchen on the grounds of – where else – the all-new Florida Cracker Riverside Resort in Old Homosassa. The building that now houses the restaurant was formerly used for resort guest services and banquets.

Blair Hensley said he has been more than pleased with the reception he and his staff have received from the community.

“Coming into Old Homosassa the community has welcomed us with open arms and it’s refreshing to see everyone work together and come together and help us out and support what we are doing at Riverside,” Hensley said.

This is part of the complete overhaul of the venue formerly known as the Homosassa Riverside Resort. It’s now called Florida Cracker Riverside Resort and the Hensleys have added a new bar and new gift shop to go along with the new restaurant.

Patrons will find pretty much the same menu as its Brooksville counterpart: “cracker-inspired meals harking back to Old Florida, where everyone is treated like family, with true Southern hospitality.”

“We want our guests to feel like they are walking into their grandma’s kitchen,” Hensley said.

Blair Hensley said the eatery is a “true scratch kitchen” where everything is cooked fresh.

The Lowman (law firm) family bought the property and the Hensleys manage it. The resort is located on the picturesque Homosassa River at 5297 S. Cherokee Way – in sight of famed Monkey Island

“This past year the Lowman family put an emphasis on getting Monkey Island renovated for our primates and they created a nonprofit historic monkey island for the monkeys so they will be in good hands,” Hensely said. “This year, the whole island will be renovated and give the jewels of the river their own resort.”

Hensley praised the county for making it easy to open.

“Citrus County was great to work with through the process, especially with the history of that property in the past,’ Hensley said.

Hensley said the pandemic and supply shortage set them back and delayed the opening. But now, business is brisk, he said. He believes the Brooksville restaurant’s name has gotten around.

By the way, Hensley said he and his brother are proud of the “Cracker” name. Some think it’s derogatory but far from it, he said.

In fact, the legend derives from early Florida pioneers, mainly small farmers and cattle ranchers, who used to crack a whip when rounding up cows.

Citrus County has a unique opportunity to shape its future given the extension of the Suncoast Parkway and the associated development potential that extension brings. Citrus County Growth Management has launched online platforms to discuss plans for the Interchange Management Areas (IMA) at Cardinal Street and State Road 44.

There are many ways to get involved and provide input about these IMAs. To learn more about the projects, visit cardinalstreetima.com and stateroad44ima.com.

A Beverly Hills man resolved his child-sex case by agreeing to spend 15 years in prison on an amended charge.

In exchange for the sentence, 49-year-old John Joseph Fortson pleaded no contest Monday, March 7, to attempted sexual battery of a child 12 years old or younger. 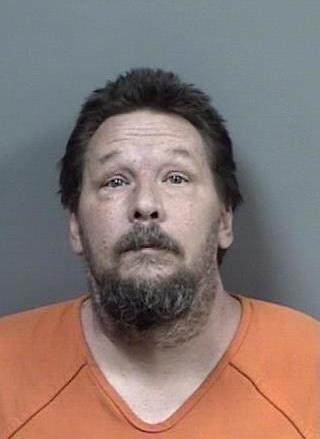 After he’s released from custody, Fortson must serve 15 years of sex-offender probation, and will also live with the designation of sexual predator.

Fortson was originally facing a charge of sexual battery of a child 12 years old or younger, an offense punishable by a mandatory life sentence if convicted.

For Fortson’s sentence from Monday to be legal, prosecutors with the State Attorney’s Office amended his charge to a lesser crime of attempted sexual battery, which is punishable by up to 30 years.

Authorities arrested Fortson in June 2021 for trying to sexually abuse a 2-to-3-year-old girl that month.

Howard on Monday rescheduled Trinity Hannah Estevez’s trial for the week of May 23, when a jury will hear accusations the Tampa 21-year-old videotaped sexual acts between her and a young child while living in Citrus County. 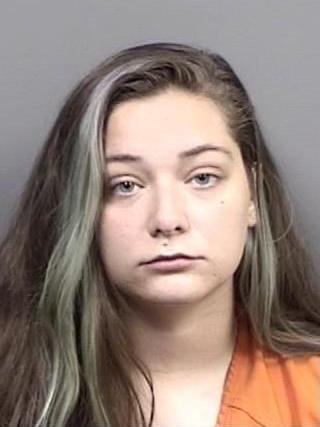 Estevez was slated to stand trial next week on charges of lewd and lascivious molestation of a child younger than 12 years old, and promoting a sexual performance by a child.

Paul Decailly, Estevez’s lawyer, told Howard on Monday he filed a motion to continue his client’s trial because the prosecution last week disclosed three new witnesses, including an expert.

Assistant State Attorney Kevin Davis told the judge the expert witness is the detective who arrested Estevez with expertise in cellphone forensics, and the other two witnesses are child-protection investigators he doesn’t plan to call to the stand.

“This is my fault, and it’s something I should’ve done earlier,” the prosecutor said about the late witness disclosures, telling Howard he’s “not in a posture” to object to Decailly’s motion, prompting Howard to postpone Estevez’s trial.

If convicted of molestation, Estevez would face a prison sentence of between 25 years and life.

A warrant was issued for Estevez’s arrest in June 2021 after Citrus County Sheriff’s Office investigators found two videos from May and June 2020 on her cellphone purportedly showing Estevez engaging in sexual acts with a girl while in Citrus County.

Authorities had seized Estevez’s cellphone in August 2020 during the search of a Beverly Hills home suspected as the distribution source of child pornography.

Estevez’s codefendant, Beverly Hills 36-year-old Daniel Enrique Grisales Jr., pleaded no contest in June 2021 to three counts of lewd and lascivious molestation of a child 12 years old or younger, in exchange for a minimum-mandatory prison sentence of 25 years.

Howard on Monday left Kenneth McClellen Adkins’ aggravated-battery trial on for next week despite the defense attorney claiming her client wasn’t cooperating.

Assistant Public Defender Charity Braddock told Howard she can’t Adequately represent 37-year-old Adkins at trial because he’s refused to either meet her or work with her when she visits him at the Citrus County Detention Facility. 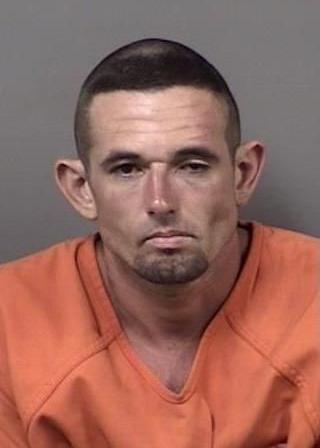 “He just won’t talk to me,” Braddock said.

“If he won’t talk to you,” the judge replied, “that’s not your problem.”

Adkins told Howard Braddock’s shown him no new information about his case alleging he used rebar in July 2021 to strike a man he was helping with a stuck truck at a Pine Ridge construction site.

At the time of his arrest, Adkins was listed as homeless from Crystal River.

Adkins told sheriff’s office deputies arresting him he believed the stranded motorist stole one of his child-sized sports cleats, and he grabbed the rebar to scare the man, not hit him.

Adkins on Monday told Howard his statements aren’t admissible in court because he was intoxicated when he made them.

Prosecutors on Monday served Adkins with notices of their intent to have Howard designate Adkins as a habitual felony offender (HFO) and prison releasee reoffender (PRR).

Adkins would face a prison sentence of between 15 and 30 years if a jury convicts him as charged, and Howard labels him as both a HFO and PRR.