The 2022 election slate is now set in stone and campaigning can begin in earnest.

Here is a complete list of who’s running for what office and how much money candidates have amassed in their war chest. Remember that contributions are not just cash. Anything of value, other than cash or checks, must be noted as an in-kind contribution.

Notable donors: The majority of contributions ($20,500) came from the candidate

Notable donors: $6,500 from the candidate

Running are incumbent Ralph Massullo, Paul Reinhardt and Tod Cloud. All are Republicans.

Jessica MacRae and Teresa Olds will face off for Homosassa Water Board, seat 4

For more information on the candidates, visit the Citrus County Supervisor of Elections site at https://bit.ly/3zLuf6v.

Editor’s note: Every community depends on the resources and support that nonprofit agencies provide people, whether physical, material or emotional.

The Chronicle’s ongoing series, Nonprofit Spotlight, profiles the nonprofit agencies in Citrus County that exist to help make life better for us all.

To have your nonprofit organization considered for a spotlight, here’s the link to an online form you can fill out: https://www. chronicleonline.com/site/forms/nonprofit_spotlight

About 71 percent of the Earth’s surface is covered in water. About 3 percent is fresh. Only 1 percent can be used for drinking and irrigation, and it’s being used up fast.

In Florida alone, 1.6 billion gallons are withdrawn from the aquifer and surface water for just domestic use. Nationally, about a third of domestic water is used outdoors.

On average, American families use more than 300 gallons per day of water, according to the U.S. Environmental Protection Agency.

There are an estimated 2.6 million operating septic tanks operating in Florida. Septic tanks, many decades old, are often the source in polluting groundwater and surface waters with unwanted nutrients.

Florida accounts for 12 percent of the country’s working septic tanks, according to the Florida Department of Health.

Many experts predict Florida can’t sustain its current rate of growth and development without endangering the aquifer or lowering lakes and rivers.

As Florida’s waters become more depleted, nonprofit organizations work to educate the public about water’s importance, its protection, and using less of it.

One such organization is TOO FAR Water & Natural Resource Foundation, based on Gospel Island Road in Inverness.

Q: What does your agency do? What is your mission/purpose as an agency?

A: “The primary focus is to educate the public about water issues in and around Citrus County. We also provide a free opportunity once a year for area youth to fish, under supervision, in local fresh water, to encourage their appreciation of water related fun,” organization president Mark Hammer wrote to the Chronicle

Q: What difference do you want to make in Citrus County?

A: “Our organization has been working for two years to get state funding to do water restoration work in Lake Henderson. Just this month (June), $4.2 million was awarded for that project,” Hammer said.

Q: When and how did your agency start in Citrus County?

A: The official start of TOO FAR was in 1992. The group first organized as a political group to challenge a change in the Wysong Dam in Sumter County that had affected the levels of local lakes.

Q: What is your annual budget?

Q: How are you funded?

A: “Through membership dues, donners before each monthly meeting, periodic fish fries or barbecue dinners open to the public, rummage sales, and the rental of our building,” Hammer said.

Q: How many people on staff?

A: Zero. All are volunteers, Hammer said.

Q: Who is in charge?

A: Mark Hammer, president of the nonprofit.

Q: How many volunteers do you have? Do you need more, and if so, how can people volunteer?

A: “As with all volunteer organizations, the amount fluctuates. Our core group is around 15, but for major events, more of the membership comes out to help. We hold a regular meeting on the fourth Thursday night of each month and invite people to ask questions about our organization and join us if they see our mission is worthwhile,” Hammer said.

Q: Who do you serve/who are your clients?

A: “Local residents who love the water are our major ‘clients.’ However, because we are all about protecting our local waterways, we are here for everyone,” Hammer wrote.

Q: How has the pandemic affected your agency?

A: “We closed down, of course,” Hammer said, “and lost membership as a result. We also were unable to have our annual fishing event for our youth.”

Q: What keeps you motivated?

A: “The rather lofty goal of protecting and restoring our natural resources, water in particular, with a desire to pass our passion on to the next generation,” he said.

Q: How can the community help you help others?

A: “Attend our informative meetings,” he said, “give us a hand at our fishing event (which we call a Fish-a-thon), support our fundraisers, rent our building on Gospel Island that has a great dance floor and can accommodate over 100 people.”

The campaign is sending what it calls the “DeSantis Education Agenda” survey to school board candidates. The questionnaire also provides the opportunity for candidates to sign a certificate pledging their support for the governor’s agenda. According to DeSantis’ campaign, the questionnaire is not intended to be completed by people who aren’t school board candidates. But the campaign is encouraging parents to evaluate whether such candidates’ views line up with DeSantis’ priorities.

As conservatives around the country are placing increased emphasis on school board races, DeSantis – widely viewed as a potential Republican candidate for president in 2024 – appears to be building a roster of local candidates that he can endorse.

“The DeSantis Education Agenda is a student-first, parent-centered initiative focused on setting Florida’s children up for success, ensuring parental rights in education, and combatting the woke agenda from infiltrating public schools,” a description on DeSantis’ reelection campaign website says. “This statewide agenda is for school board candidates and school board members who are committed to advancing these priorities at the local school board level.”

Before filling out the survey, respondents are first prompted with notices advising that candidates’ responses can be used by the Ron DeSantis for Governor campaign for political ads and other materials.

The survey’s questions reflect some of DeSantis’ most high-profile policy positions, some of which have resulted in legislation that has sparked tense debates and garnered national media attention.

Some questions prompt the respondent to record a video answering the question or provide a written answer.

“How will you protect a parent’s right to publicly disagree with their school board?” one question asks.

Another question asks if Florida students should “be locked out of school or subjected to forced masking,” an issue the governor has made a cornerstone of his approach to education.

The DeSantis administration’s clashes with school boards reached a fever pitch during the COVID-19 pandemic, when the governor pushed to block districts from enacting mask mandates at the beginning of the last academic year.

State lawmakers earlier this year passed a measure (HB 1467) that will impose 12-year limits on school board members, a proposal DeSantis emphatically endorsed and signed.

“I’m a big believer in term limits. But you don’t always have to wait for that,” DeSantis said during a bill-signing event in March. “You can throw the bums out in the election.”

DeSantis’ campaign survey also includes a section entitled “Parental Rights,” which has become an educational cause celebre for the governor and other Republicans nationally. The new law that caps school board members’ terms also will increase parental involvement in the process of selecting books and materials for classrooms, an outgrowth of DeSantis targeting what he calls “indoctrination” in schools.

“Do you support a parent’s right to know what their child is being taught in the classroom?” a survey question asks.

Prospective board members also are asked about their position on school choice initiatives and charter schools. Other questions posed to school board candidates ask if they support DeSantis’ efforts to fund workforce, career and technical education programs, and how candidates will work to close student achievement gaps.

The survey drew criticism from U.S. Rep. Charlie Crist, a Democrat who also is running for governor this year.

“There are no limits to Gov. DeSantis’s authoritarian impulses,” Crist said in an email when asked about the survey. “Whether limiting Florida families’ access to life saving vaccines for kids under five, building his own militia, or trying to hand-pick school board members to politicize Florida’s classrooms – his extremism is on full display every day. Florida deserves a governor who understands and values freedom – and that’s not Gov. DeSantis.”

Two white men from central Florida were federally indicted on allegations they committed a hate crime when they attacked a Black man in Citrus County.

A federal grand jury in Ocala formerly charged Dunnellon 55-year-old Roy Lamar Lashley Jr. and 52-year-old Robert Dewayne Lashley, of Brandon, with the offense on June 7, according to the indictment and the Justice Department on Friday, June 17. 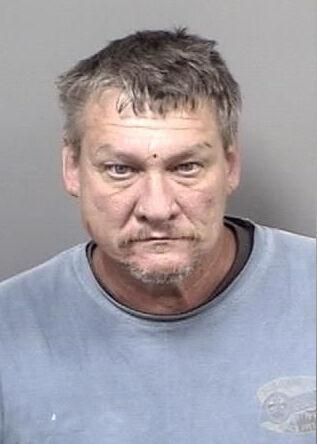 The indictment for the Lashleys, who are brothers, was unsealed Friday, following the arrest of Robert Lashley.

If convicted, the Lashleys each face a maximum sentence of 10 years in federal prison, three years of mandatory supervised release, and a $250,000 fine. 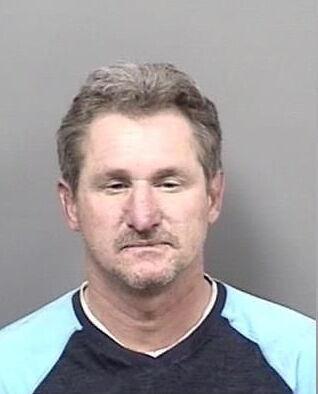 It’s alleged the Lashleys aided and abetted one another during their Nov. 17, 2021, attack against a then-24-year-old Black man near the intersection of North Citrus Springs Boulevard and North Deltona Boulevard in Citrus Springs.

According to the Lashleys’ arrest affidavits and a prior Chronicle report, Robert Lashley yelled racial slurs at the man, who was crossing Deltona Boulevard at the time.

Robert Lashley then ran over to the man, and started striking him with his fists, forcing the man to the ground. Roy Lashley also came over, and struck the downed man with an axe handle before responding Citrus County Sheriff’s Office deputies apprehended the Lashleys.

Prior to the Lashleys’ federal indictment, prosecutors with the State Attorney’s Office charged Roy Lashley with aggravated battery, and Robert Lashley with battery.

Assistant State Attorney Blake Shore said Friday state prosecutors will meet with federal prosecutors to determine if it would still be necessary to continue prosecuting the Lashleys.

News_notes
Supervisor of Elections to be at Lakes Region Library

The Supervisor of Elections office is holding an outreach event at the Lakes Region Library on June 23 from 9-11 a.m. located at 1511 Druid Road, Inverness.

This is a convenient way to register to vote, make changes to voter records, update signatures or request a vote-by-mail ballot. Information to apply for election worker positions will also be available.

Anyone interested in having the elections office staff at an organization or business, contact Supervisor Maureen Baird.