Saturday will not be a good day for boaters. The National Weather Service is forecasting severe thunderstorms with some damaging winds, possible tornadoes, waterspouts (and) possible street flooding.

Just when you thought winter was over.

Saturday promises to be a nasty day for Citrus County and residents could wake up Sunday morning to 31-degree temperatures.

The National Weather Service (NWS) said Saturday will start off rainy and warm (72 degrees) with a thunderstorm or two popping up in the county. Citrus County could get up to a half- and three-quarters of an inch.

Needless to say, it will not be a good day for boating.

Conditions should change rapidly toward evening, with temperatures falling to around 57 degrees with breezy, gusty conditions. After sunset Saturday, temperatures will plummet and 31 degrees is expected overnight into Sunday.

Sunday will be a cool day, with highs near 64 degrees during the day and 46 degrees overnight.

By Monday, typical March conditions will return with sunny skies and a high about 74 degrees.

It will be worse in north and northeastern Florida, where temperatures overnight Saturday could reach as low as the mid-20s.

“As such, there are freeze watches that will go into effect beginning Saturday night for most of the Big Bend and the entirety of the Panhandle,” said Bryan Williams, a meteorologist with the Florida Forest Service.

More rain is on the way early next week.

The rains will somewhat alleviate the drought conditions in parts of the state “but chances are much of the drought area will still be below average,” Williams said.

Will this be the last gasp of Florida winter?

Rude is not ruling out one or two more cool spells.

“We still have a couple weeks of March to go through so we could have some cooler temperatures,” Rude said. “Whether it will hit freezing again, I don’t know.”

Southwest Florida Water Management District Springs Scientist Dr. Madison Trowbridge looks up at rope swing tied to a tree along the riverbank of the Chassahowitzka River in southwest Citrus County. On March 1, 2022, SWFWMD launched an education campaign to help protect the river against harmful recreational practices.

Dr. Madison Trowbridge paddled her kayak into a small cove within a tree line along the Chassahowitzka River in southwest Citrus County.

Her head tilted up to face a dangling line of knotted rope hanging from a tree branch curving down toward the clear water of the spring-fed river. Short planks of wood screwed into and up the tree trunk formed a makeshift ladder for climbers to reach the rope swing.

At low tide, the tree’s hand-like root system appeared to be just holding on to what was left of a receding shore.

Trowbridge passed by the remains of another tree, which had been sawed down to a stump protruding toward the river. Its weathered bark leading up to a second set of wooden planks looked like the stump became a jumping point into the river when the tide’s higher. 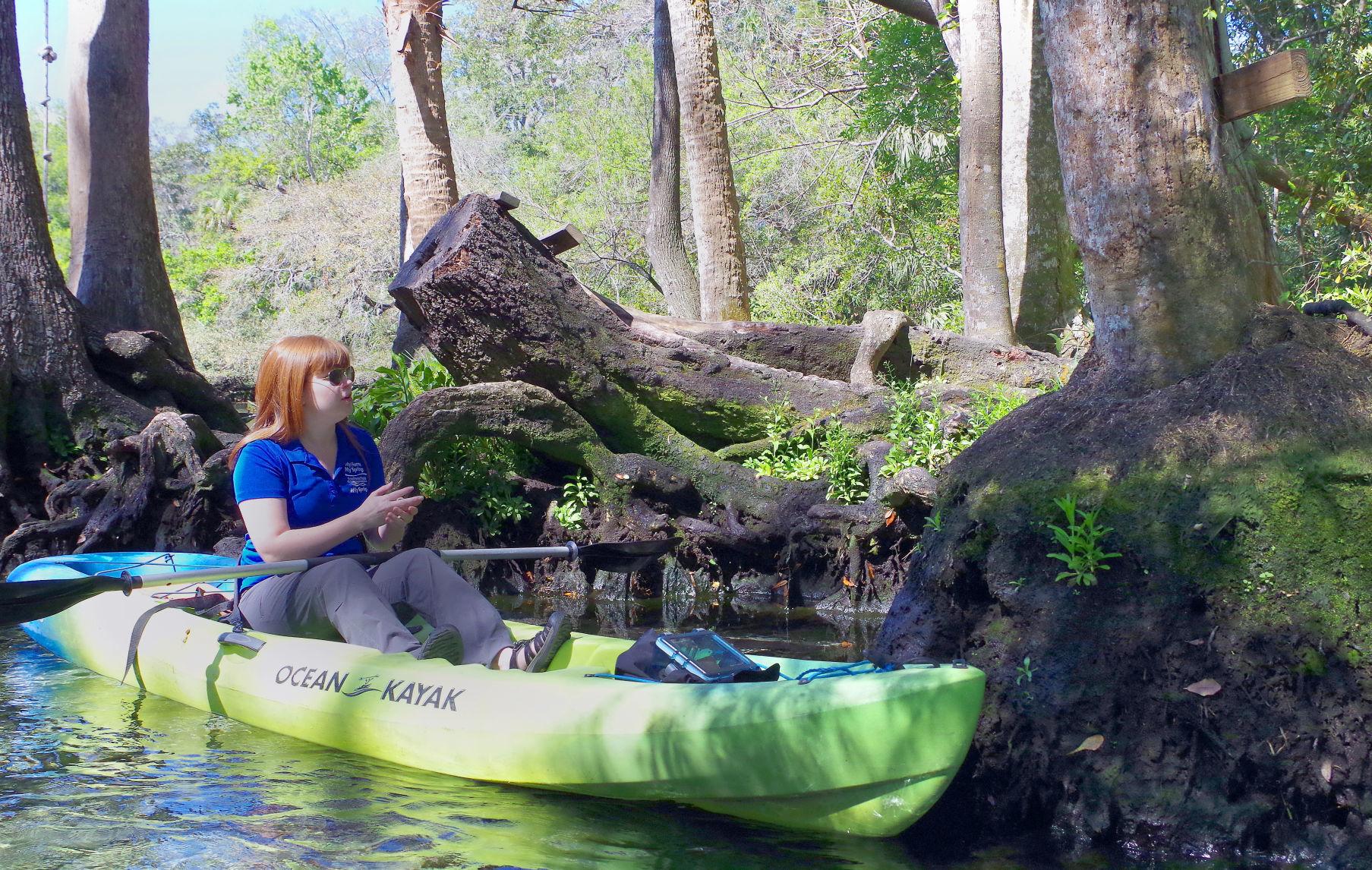 Dr. Madison Trowbridge, a springs scientist with the Southwest Florida Water Management District, talks about how people traversing on and jumping from the riverbanks of the Chassahowitzka River contribute to shoreline erosion.

Farther upriver, where a bubbling springhead attracts many of the river’s visitors, a handful of kayakers beached their vessels on soft, barren banks marked with footprints.

Guests of the Chassahowitzka River might not think about it when they disembark onto the riverbank, step on its plant life and climb up its trees to take a plunge, but their actions – little by little, ripple by ripple – are taking a toll on the river. 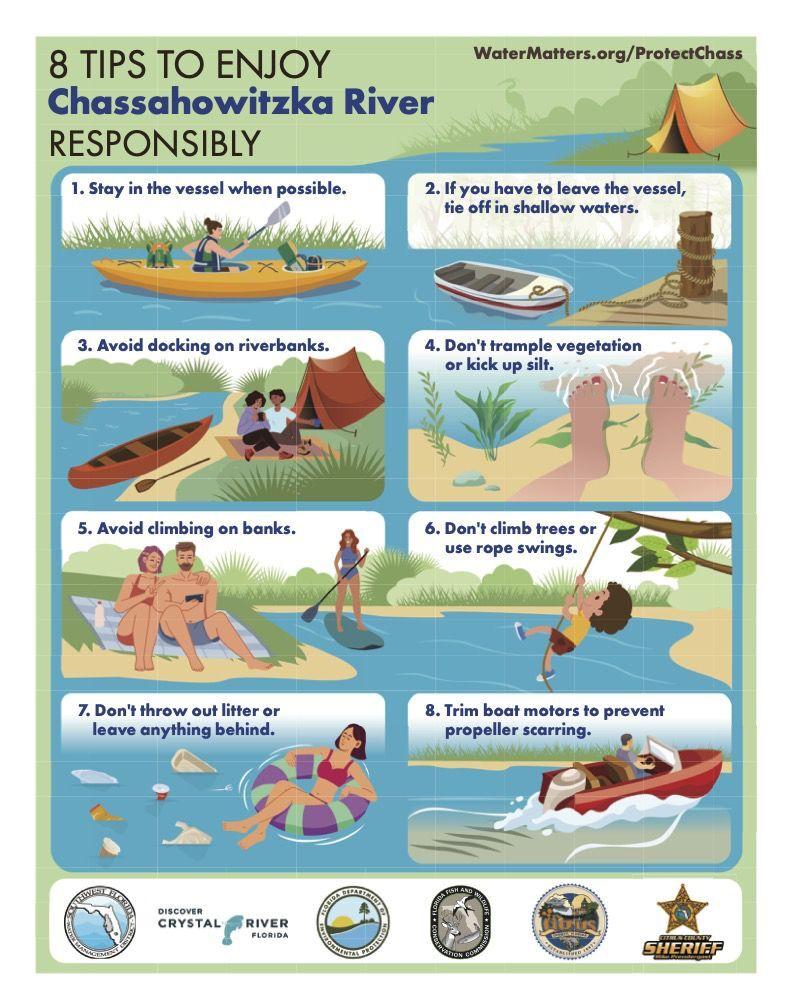 In an effort to promote the best recreational practices for the river, SWFWMD staff embarked on an educational campaign March 1 that lasts through Labor Day weekend.

Using social media, along with eye-catching displays at local tourism hubs and the Chassahowitzka River Campground, the water management district and its partners hope their message will help get the public to protect the river instead of harming it.

“We just want to let people know that we’re doing this and trying to raise awareness about a beautiful resource to the community, and we want to protect it,” SWFWMD spokeswoman Michele Sager said, “and it’s a community effort to protect it so it’s everybody’s responsibility.”

There are eight recreational tips the water management district has been trying to promote for the river:

Stay in watercraft whenever possible; if disembarking, tie the vessel off in shallow waters; avoid docking on riverbanks; don’t trample vegetation, or kick up silt; avoid climbing on riverbanks; don’t climb trees, or use rope swings; don’t litter or leave anything behind; and trim boat motors to prevent propeller scarring to the river bottom or wildlife.

A recent SWFWMD survey showed that less than a third of its respondents understood the connection between what they do on the river and the resulting ecological impacts.

SWFWMD launched a similar public-awareness endeavor for the Weeki Wachee River in Hernando County, and is hoping to expand the success of that mission to the Chassahowitzka.

“Because we’re seeing a lot of similar concerns on this river as well,” Trowbridge said, noting the popular swimming hole of Baird Creek or Baird Spring, locally dubbed “the Crack,” is a notable location of concern. 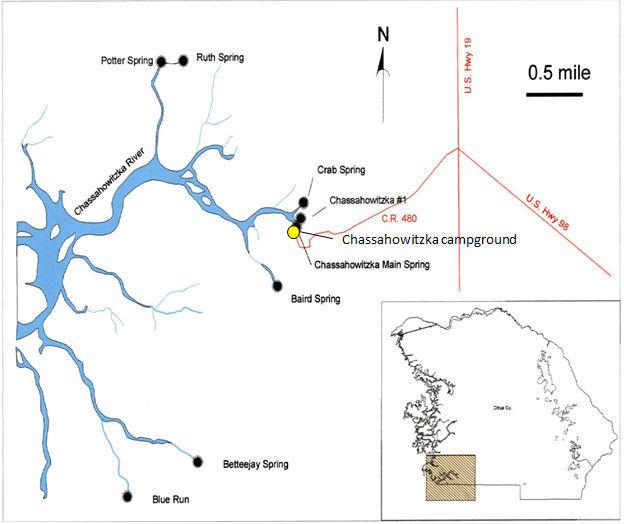 A map showing the upriver sections of the Chassahowitzka River in southwest Citrus County.

Littering has also become a worsening and lingering problem for the river. Trowbridge said she found a beer can with a pop-top opening, which were phased out in the 1980s.

Sager said SWFWMD staff are volunteering to clean up the Chassahowitzka River in April, after the spring break holiday. 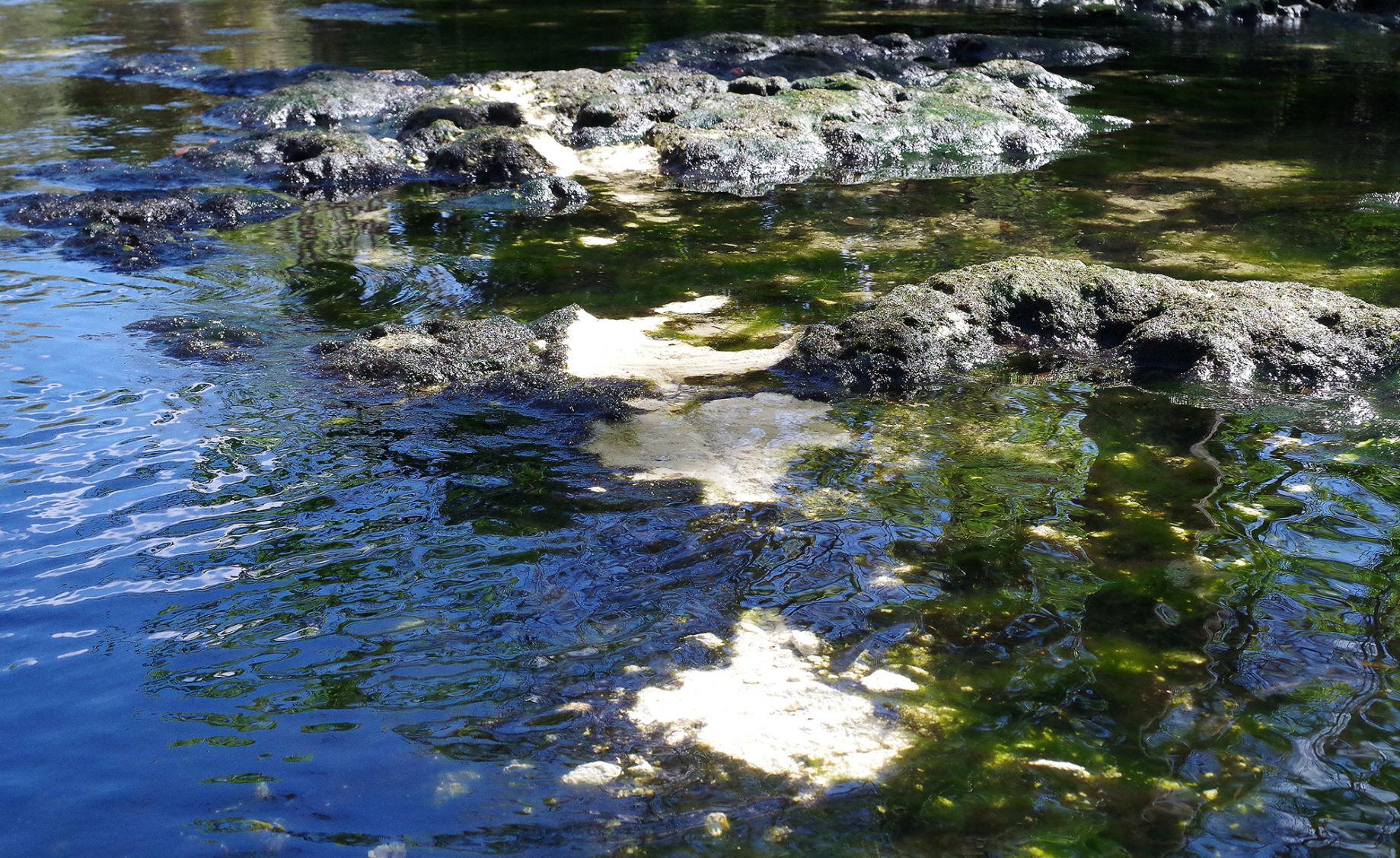 Southwest Florida Water Management District staff are asking boaters traveling on the Chassahowitzka River to trim their motors to help prevent propeller scarring, show here, to either the river bottom or its wildlife.

Boaters must also pay attention to river depths, and trim their motors to keep sharp propellers from either carving trenches into rocks or gashes into manatees.

SWFWMD staff will conduct another public survey after its Chassahowitzka River campaign ends in order to gauge how fruitful their efforts were.

“Awareness and behavior change takes a long time,” Sager said. “This is the first step; education is the foundation.”

Authorities took a Lecanto woman into custody after finding two of her horses malnourished to the point where one of them had to be euthanized. 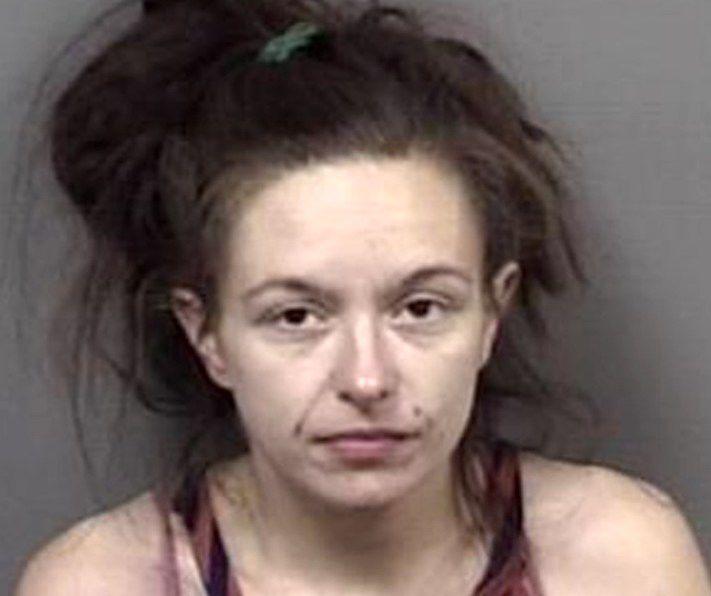 Young was also jailed on a misdemeanor charge of possessing drug paraphernalia for allegedly having a piece of cut straw with fentanyl residue inside it.

Young’s total bond at booking was set at $5,000, which a judge left unchanged at her first court appearance on Friday, arrest and court records show.

According to Young’s arrest report, deputies responded Thursday to the 6100 block of South Lecanto Highway as a result of a sheriff’s office animal control investigation at the property.

Authorities discovered several animals, but a pair of horses belonging to Young were in poor health, with one, named Jim, lying on his side in dirt by the front porch.

“This horse was hardly breathing,” a deputy wrote in Young’s probable cause affidavit, “and it was evident it had been lying there for some time due to the hoof marks in the dirt around it.”

According to Young’s arrest report, the second horse’s ribs and hip bones were visible.

A veterinarian told animal control officers Jim needed to be euthanized because of his neglected condition.

According to her arrest report, Young was informed by the veterinarian the week before that Jim needed to be euthanized, but she refused and became angry with animal doctor.

Young told deputies she was feeding her horses but couldn’t understand why they were so thin.

“The defendant went on to advise she knew the horses were in poor health,” the arresting deputy reported, “but believed something on the property was the cause.”

Animal control officers discovered large amounts of sand when they tested the horses’ feces, leading them to believe the animals had little to no grass to eat. Young was also told by animal control the week before to replace her horses’ hay because it was moldy.

Deputies found the drug paraphernalia in Young’s front pocket when they searched her during her arrest. March 30 was scheduled as Young’s arraignment before Circuit Court Judge Joel Fritton. 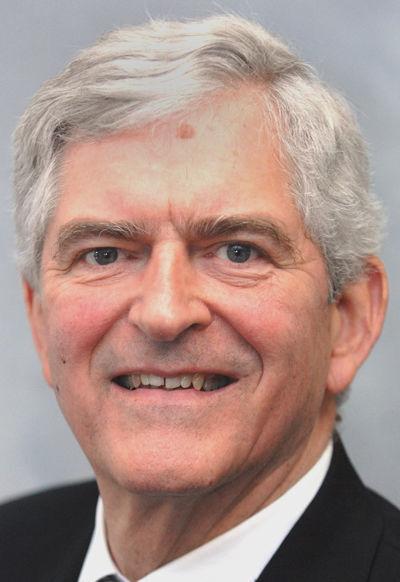