Skyrocketing rents and a lack of attainable workforce housing are making it difficult for lower- and moderate-income residents in Citrus County to find decent living conditions, county commissioners said at a Tuesday workshop. 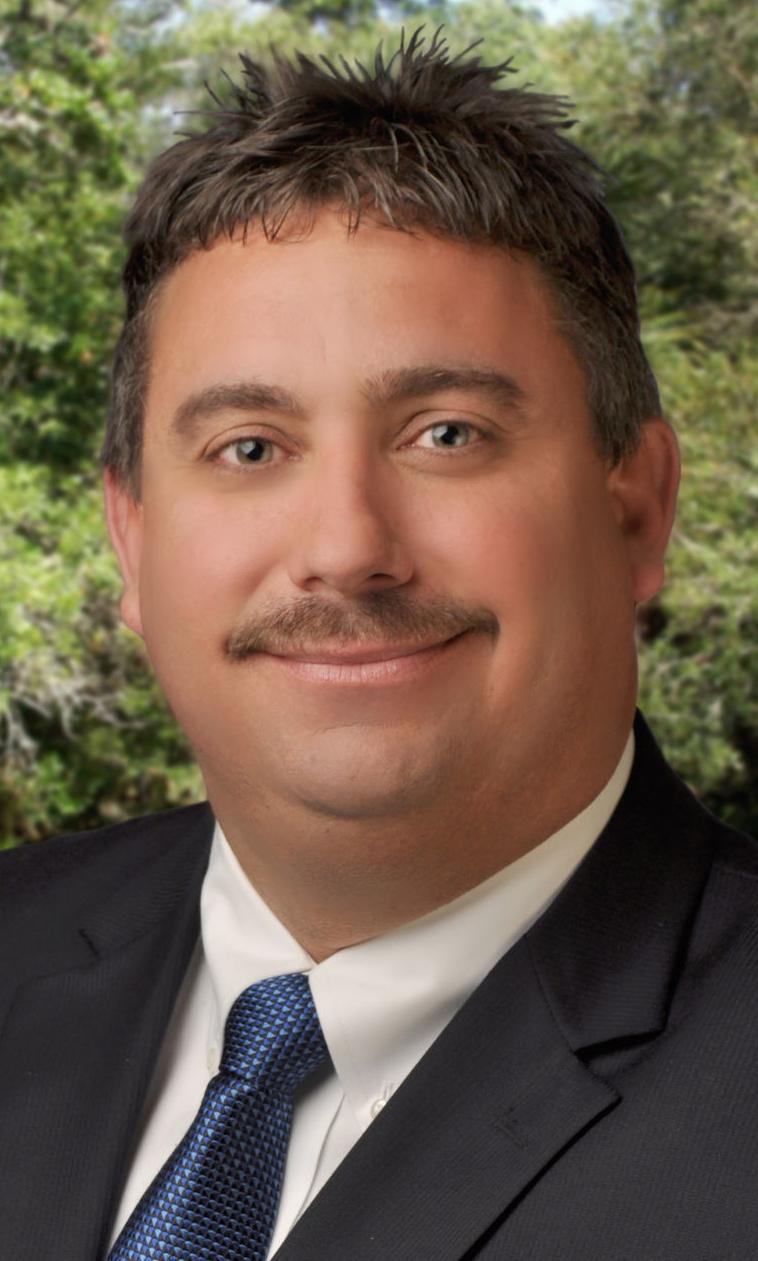 Throw in an ever-worsening economy and record inflation and residents are struggling to make ends meet, they said.

Commissioners didn’t solve the problem Tuesday but they did toss around possible solutions, including incentivizing developers – possibly through density bonuses – to build more affordable apartments and houses without spending taxpayer dollars.

County staff will contact Inverness officials to see how they planned affordable apartment complexes to meet the need.

Board members also liked an idea pitched by Gaston Hall, director of the Citrus County Building Alliance, who suggested forming a stakeholders group to explore what other communities are doing to encourage workforce housing and more rental opportunities.

It makes no sense, Hall said, to attract more industry here if there are no homes for their employees

“The workforce needs a place to live,” he said.

Bill Hunter, resident of Pine Ridge, urged commissioners to focus on the crux of the issue: lack of workforce housing rentals.

“That’s the core of the problem,” he said. 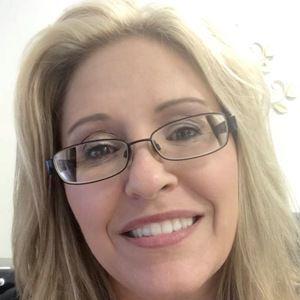 Michelle Alford, director of the Citrus County Department of Community Services Housing Services Division, said it is time to blow up the falsehood that affordable or workplace housing decreases property values of homes around them.

Affordable housing, she said, is defined as households that spend no more than 30 percent of their income on rent or mortgage payments.

After 75 minutes of discussion, attended by only a small handful of audience members, commissioners agreed to carve out time on a future agenda to discuss forming a stakeholders group and explore tools other communities are using to help solve the problem.

County commissioners Tuesday voted 4-1 to decline drafting a separation agreement — estimated to be $100,000 – that would have allowed Randy Oliver to resign immediately as administrator.

A majority of commissioners said losing Oliver before a qualified replacement is found and while the county is on the cusp of some huge revenue-producing projects would be a huge loss to Citrus County. 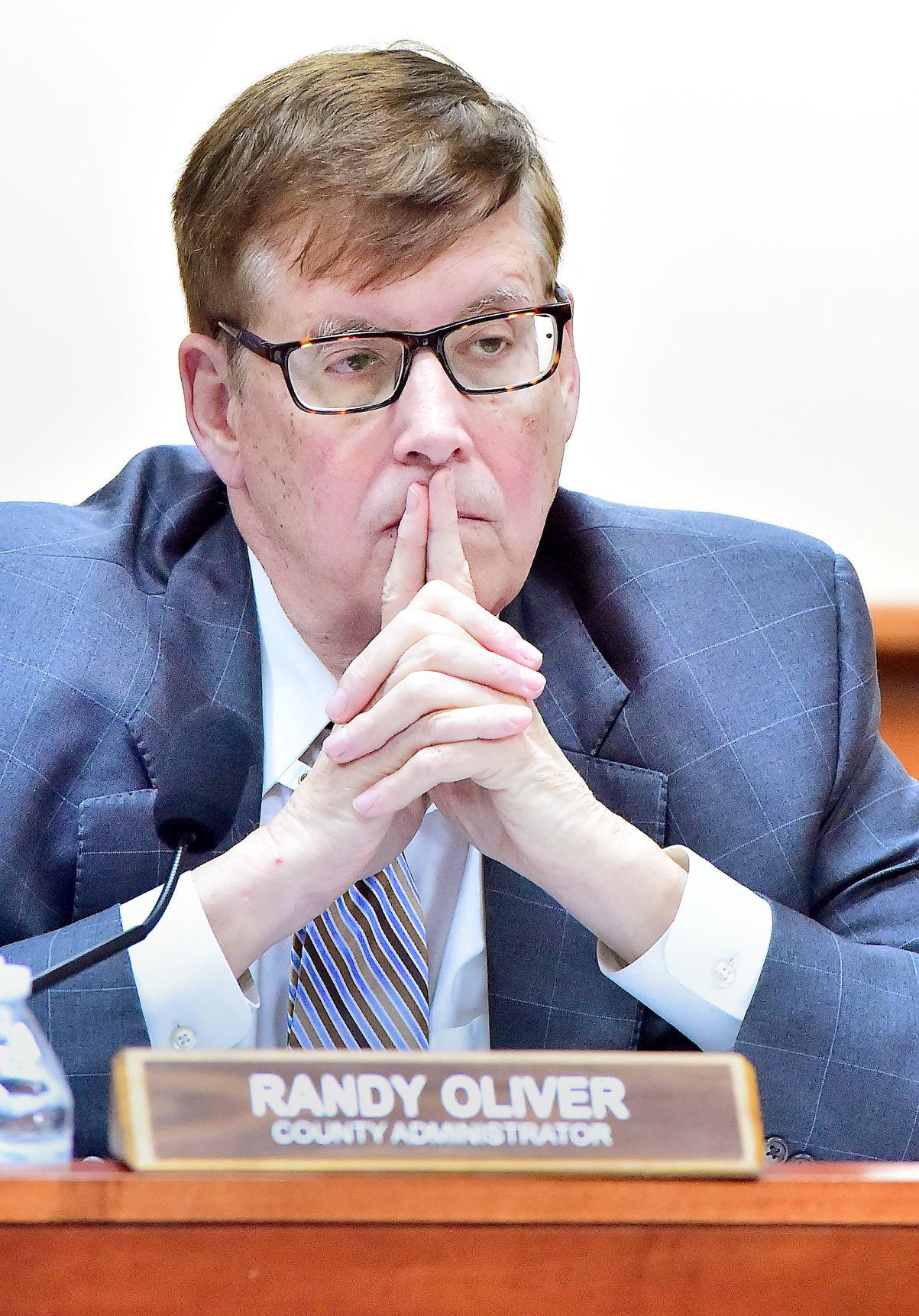 The vote was preceded by Commission Chairman Ron Kitchen Jr.’s personal attacks against Commissioner Holly Davis. And it is unclear whether Oliver will abide by the vote and decide to pack up and leave anyway. He spent most of the discussion with his head down and offered one comment at the outset: “I feel the relationship has been damaged to the point where I can’t be effective.”

“I’m convinced there have been behind-the-scenes meetings about potential replacements for Oliver.” 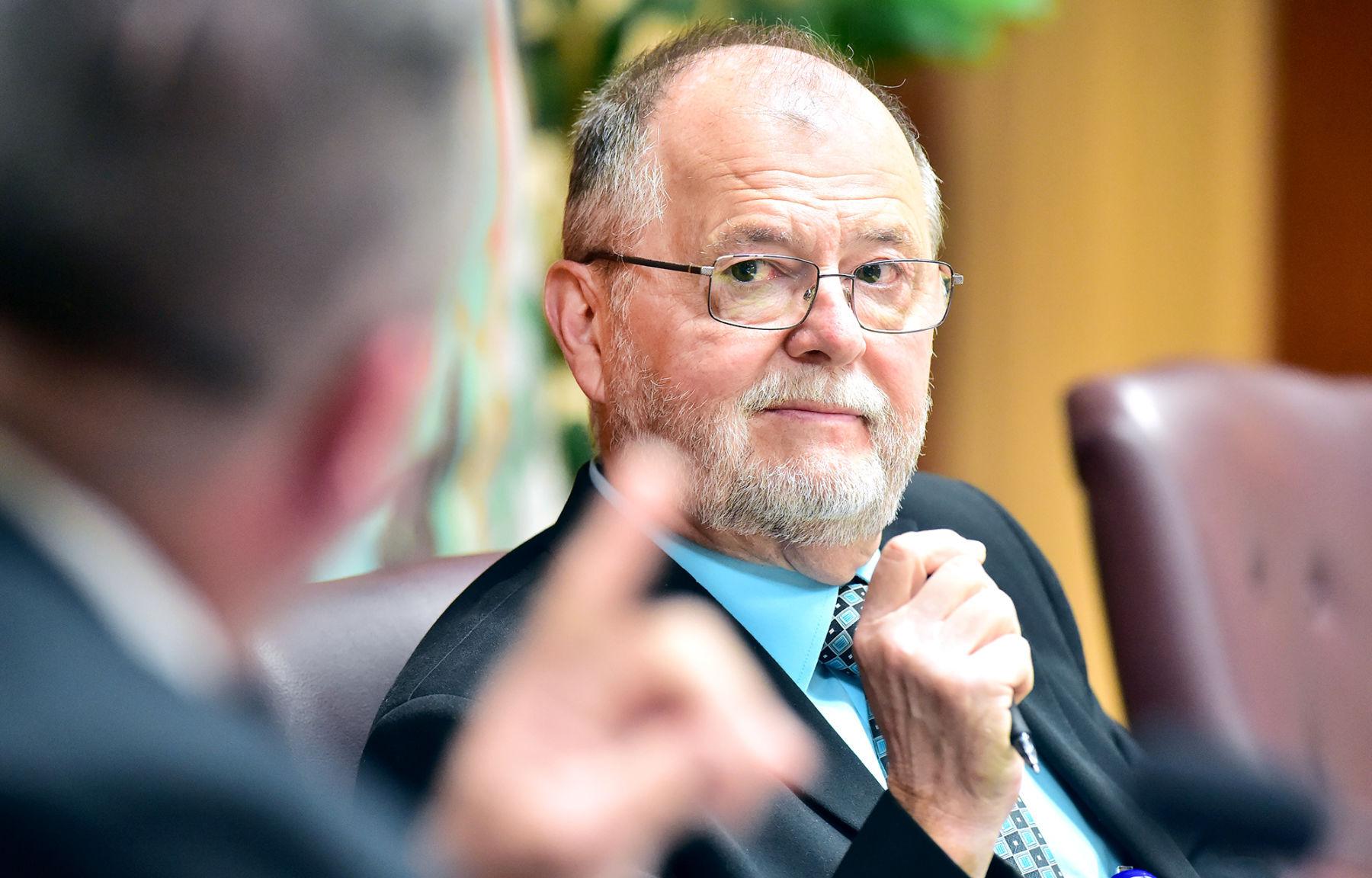 “We cannot allow our commissioners (to chop) the legs out from our administrator,” Kitchen said. Davis denied the allegations and told Kitchen it is a “flat-out lie” that she met privately with Oliver and told him to leave so she could recommend a friend.

Davis voted against the motion to reject Oliver’s separation agreement.

Commissioner Jeff Kinnard, who made the original motion, said this episode makes the board look bad to potential administrator applicants viewing this embarrassing spectacle.

“I don’t think that Randy Oliver needs to get his act together,” he said. “I think we do.”

Commissioner Scott Carnahan praised Oliver for turning Citrus County around and wants him to stay on. But if the administrator wants to leave and enjoy his retirement, that is his decision, he said.

Citrus Clerk of the Court Angela Vick made a plea to Oliver to stay on “in the best interests of the citizens.”

“I beg you Randy (to) give us the next six months to make a smooth transition to someone who can at least partially fill your shoes,” she said.

Commissioner Ruthie Schlabach said it’s time to move on for the good of the county.

“Let’s be adults and move forward,” she said. 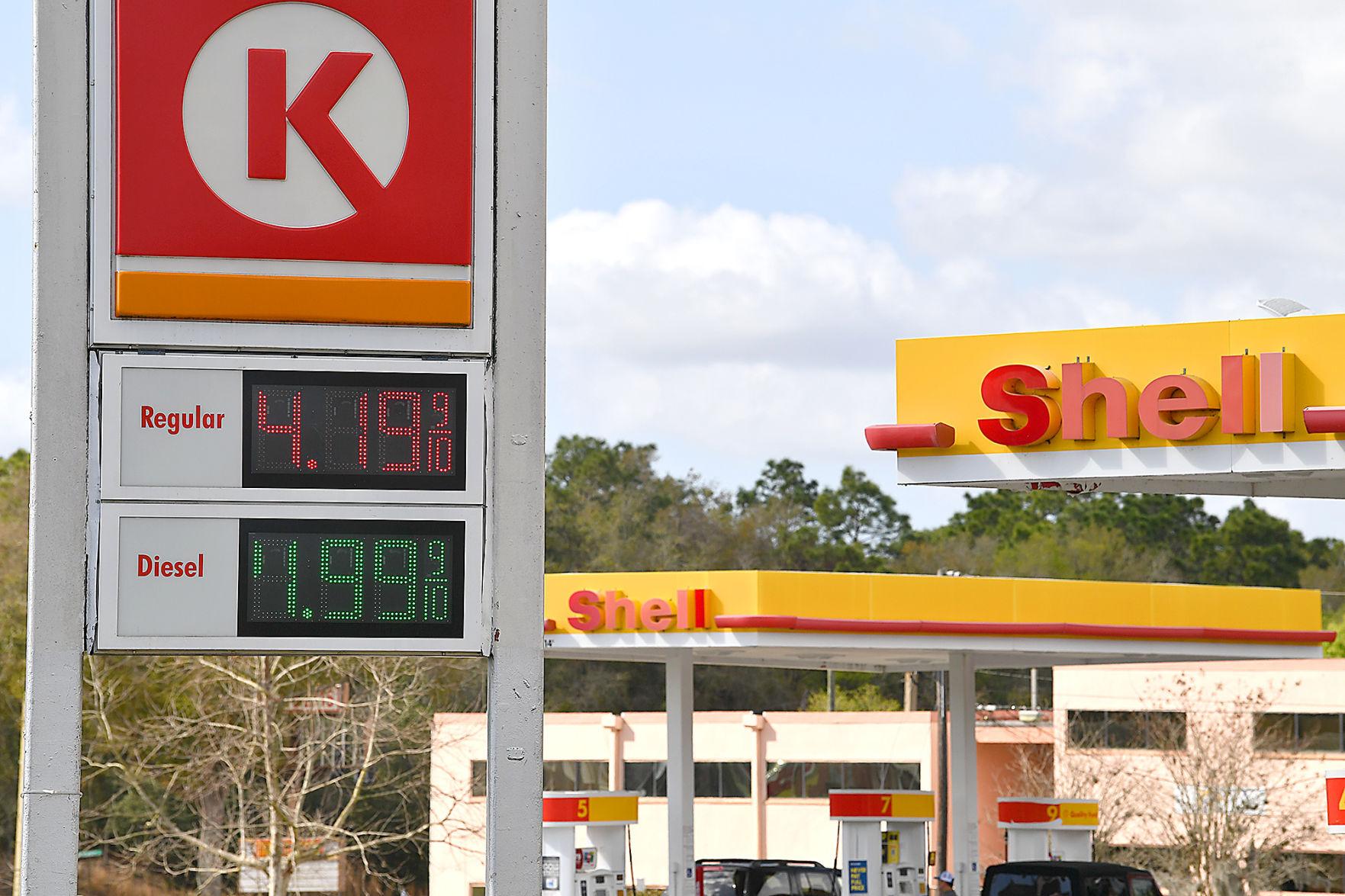 Gas prices have risen at a record pace in the last two weeks. Higher prices are forecast in the United States with the halt of imported oil from Russia.

“You couldn’t do it because methamphetamine stole your very soul,” Citrus County Circuit Court Judge Richard Howard told the couple at their shared sentencing hearing Tuesday, March 8. “You’re all at fault for this.” 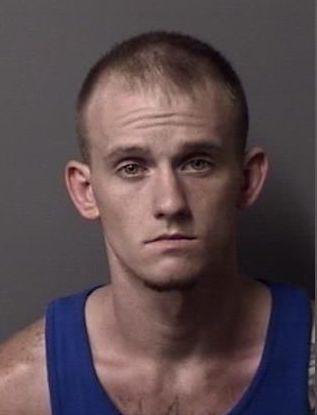 Howard ordered for Courtney and Carroll, both 27, to spend 15 years in state prison for the March 13, 2020, aggravated manslaughter of 2-month-old Aliyah Courtney, who died from meth toxicity inside an Inverness home her parents were living at.

“So thick, so inherently poisonous that it killed a baby,” the judge said. “I don’t think I’ve ever had a case where a child was gassed to death in their own house.” 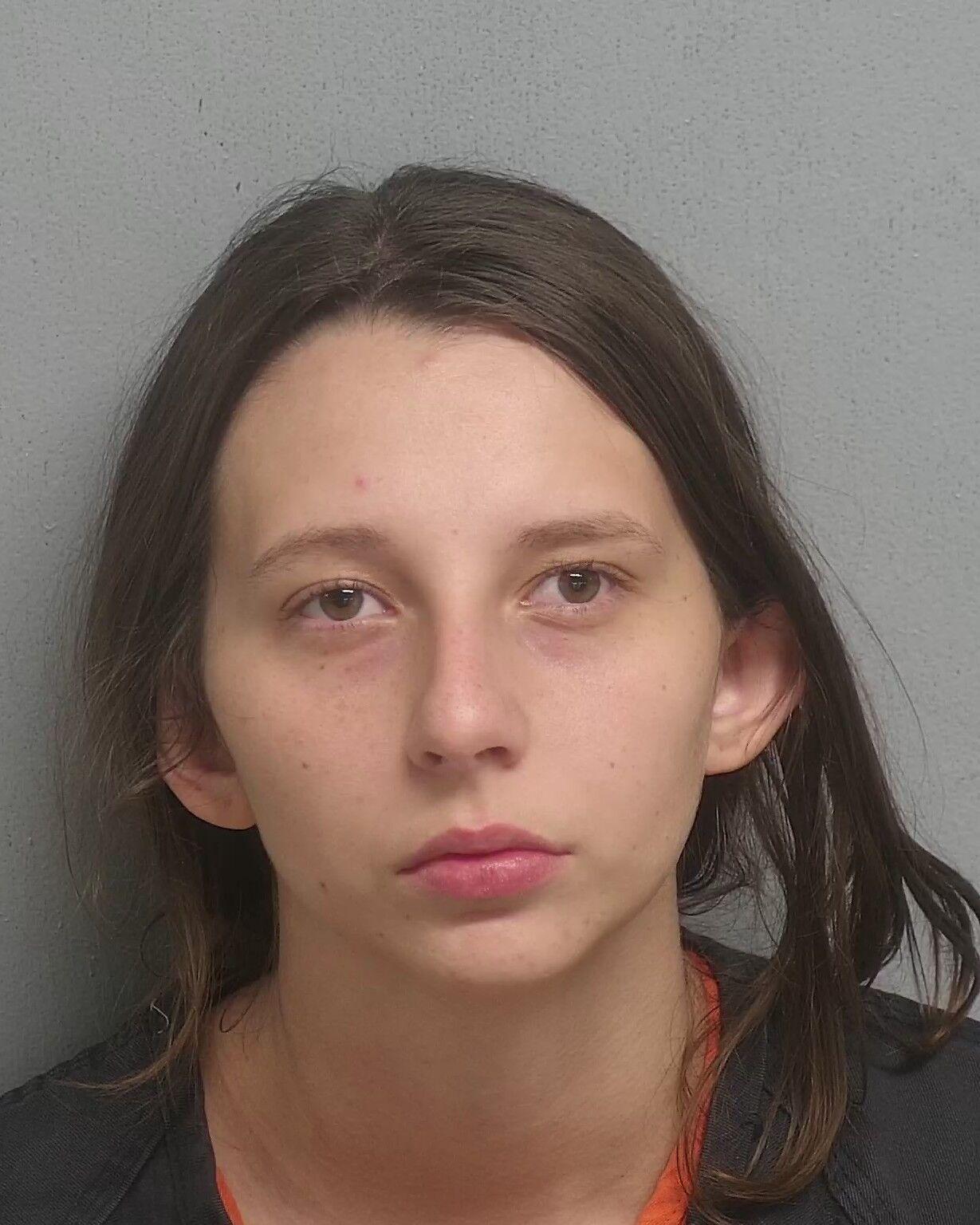 Howard also sentenced the pair to three consecutive years behind bars for neglecting Carroll’s two other children by also exposing them to an “ongoing cycle of continued and repeated drug usage in the home.”

“This is just a sickening case,” the judge said.

After they’re released from their 18-year prison term, Courtney and Carroll must serve two years of house arrest with drug-offender conditions, Howard ordered.

Courtney, of Inverness, and Carroll, of Brooksville, were arrested in September 2020 alongside 46-year-old Tammy Marie Allison and 54-year-old Steven Troy Gibson. 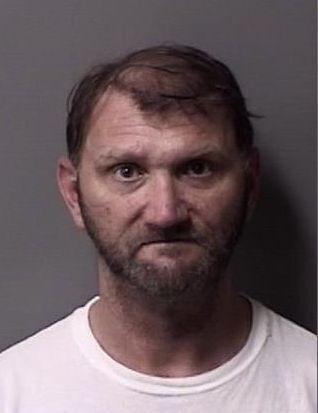 Along with being charged with manslaughter and three counts of child neglect, Gibson and Allison were also charged with running a drug house off of Live Oak Lane, where Carroll and Courtney, who is Allison’s son, also lived with Aliyah and Carroll’s other children, ages 3 and 5.

A judge announced the first punishment for one of four caregivers who killed an infant girl and harmed two other minors by smoking methamphetamine in their Inverness home.

A jury on Jan. 6 found Gibson guilty of manslaughter, maintaining a nuisance dwelling and three lesser charges of culpable negligence. Howard sentenced Gibson Feb. 21 to a similar punishment he gave to Carroll and Courtney. 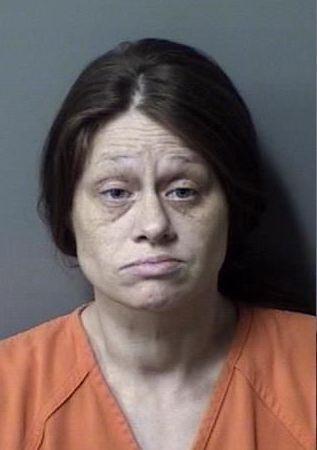 In exchange for a prison sentence of up to 20 years, Carroll and Courtney pleaded no contest Jan. 24, 2022, to their respective charges. Allison made a similar plea Feb. 21, and Howard is due to sentence her March 22.

Parents charged with their infant's death plea open; face up to 20 years

Parents of a 2-month-old girl who died from methamphetamine poisoning decided to stop fighting accusations they caused the infant’s death by leaving their fates up to a judge.

In March 2020, the group smoked meth on a regular basis inside their house and in proximity to the three children, leading to Aliyah’s death on March 13.

Asphyxiation was also a reported as contributing cause of death because of how Aliyah was discovered lying asleep. Carroll told investigators she found her daughter in bed, face down, with a pillow partially covering her head.

“They just did an excellent job with their investigations,” State Attorney William “Bill” Gladson told the Chronicle, crediting the local and state agencies for their diligence.

Questioned by Assistant State Attorney Blake Shore, Richey and Pruitt testified Courtney and Carroll initially downplayed how often, and where they used meth around the children, but they eventually admitted to smoking meth in the days before Aliyah's death.

Richey and Pruitt said the parents told them they knew the children were living in a dangerous environment but made no effort to either live with Carroll’s family instead or contact social services for assistance.

Shore and Richey asked Howard to sentence the couple to the maximum 20 years in prison.

“What they wanted was to get high ... they weren’t worried about taking care of their kids,” the prosecutor said. “What they chose to do was to continue staying in that house, continue to light up that pipe and keep putting that poison in the air.”

Tony Dodds, Carroll’s lawyer, called on five witnesses to testify about how his client changed for the better after her arrest by staying sober, taking parenting courses and regaining the right to see her surviving children.

Carroll’s mother, older brother and older sister told Howard that Carroll was doing well up until she started a relationship with Courtney, who Carroll’s known since high school.

They accused Courtney of abusing Carroll, and threatened her and her children if they left him.

“I never thought he’d hurt me or my kids,” Carroll told Howard, adding she used meth to numb Courtney’s abuse. “Losing Aliyah was the hardest day in my life ... I know I messed up bad, and I can’t take back what happened.”

Courtney told the judge his sobriety helped him realize his wrongdoings, which he took responsibility for before apologizing to Carroll’s supporters in court for Aliyah’s death.

“My actions are my actions alone,” he said. “I accept my mistakes for what I have done.”

Edward Juan Lynum, the Wildwood 46-year-old accused of threatening four judges while he was a Sumter County attorney, received May 3 as another court date.

Howard scheduled the hearing on Tuesday after attorneys told him a psychologist hired by the State Attorney’s Office had yet to evaluate Lynum to determine if he’s competent. 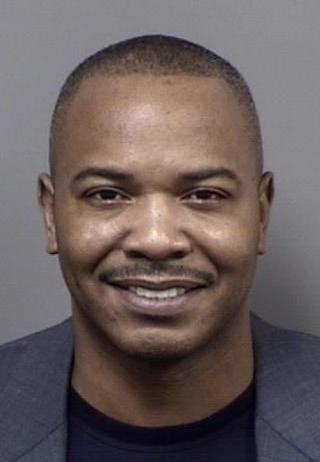 Assistant State Attorney Joseph Church told the judge the psychologist should have time to speak with Lynum within the next week. Howard said a special hearing can be set prior to May if the doctor publishes his report on Lynum early.

Authorities arrested Lynum Jan. 5, 2021, at a convenience store in his hometown, and the Florida Supreme Court revoked his license to practice law.

Lynum’s case was transferred to Citrus County after a judge granted a change of venue. If convicted as charged, Lynum faces a possible prison sentence of between 53 months and 80 years.

Lynum’s lawyer, Charles Vaughn, filed a motion in October to have Howard detain his client so he can be evaluated. Vaughn said in the court filing Lynum refused to be interview by the psychologist Howard appointed in May to evaluate Lynum.

Howard granted Vaughn’s motion, and ordered authorities in November to apprehend Lynum while he was in court, released on bond.