Robert Schweickert Jr. left it up to a judge to decide how he should be punished for neglecting the creatures he cared for as owner of Out of the Box Animal Rescue.

In exchange for up to four years in state prison, Schweickert pleaded no contest Friday, June 3, to four felony counts of aggravated animal cruelty, and 23 misdemeanor counts of animal cruelty. 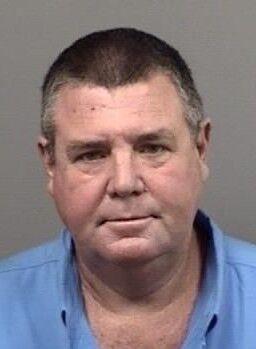 Schweickert’s lawyer, Charles Vaughn, told Howard his client accepted the judge’s offer to resolve the case after rejecting a deal from prosecutors with the State Attorney’s Office to spend five years behind bars.

Vaughn said the sentencing hearing – expected to be at least an hour long – will give him and Schweickert an opportunity to present witnesses and evidence to help lessen Schweickert’s sentence.

Schweickert’s guideline or recommended-minimum sentence is just over 15 months in prison, and Howard would have to find cause to order a lower sanction.

Whatever sentence the judge issues for him, Schweickert will receive credit for time he’s already served in custody.

Schweickert was released from jail in early February after he posted a $10,000 bond, which Howard revoked in August after finding Schweickert violated the conditions of his pretrial release by possessing animals. Schweickert has been jailed since then.

Schweickert’s misdemeanor charges, the prosecutor added, originated from the “inhumane and cruel conditions” he housed his other animals in.

Diaz told Howard the prosecution is seeking $128,090 in restitution from Schweickert for the county’s veterinary services. Vaughn said he plans to challenge the amount.

Hernando 31-year-old Cassandra Brooke Hallmark agreed Friday to serve 12 years in prison for taking a medieval axe to a man whose life was saved by a metal plate in his head. 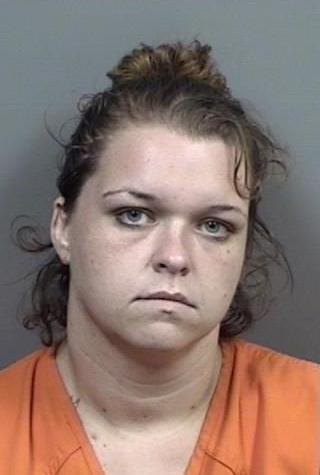 Hallmark pleaded no contest to a charge of attempted first-degree murder in exchange for her sentence.

Hallmark struck a man’s head twice with a double-sided battle axe in June 2021, while the man was working outside a Hernando home.

Deputies responding to the scene learned a steel plate implanted in the man’s head shielded the blows, leaving him in a daze and with an inch-long cut inches from his spinal cord.

Assistant State Attorney Kasey Cadavieco told Howard Hallmark’s victim would’ve likely died if he didn’t have the surgical implant, which he received because of a motorcycle crash.

“It was completely unexpected,” the prosecutor said of Hallmark’s attack.

A witness told deputies that Hallmark, who is homeless, was staying in a shed on his property the evening before the incident. He said he let Hallmark into his house to get cigarettes, and she must have grabbed the weapon from off his wall display.

Hallmark told deputies the witness, in her mind, told her to murder the man.

Howard told Hallmark on Friday her circumstance and sentence could’ve been far worse if her victim wasn’t protected.

In exchange for 15 years in prison, Inverness 37-year-old Jason Stephen Jablonski pleaded no contest Friday to his six felony cases for six separate residential break-ins he committed between July 17 and Aug. 8, 2021. 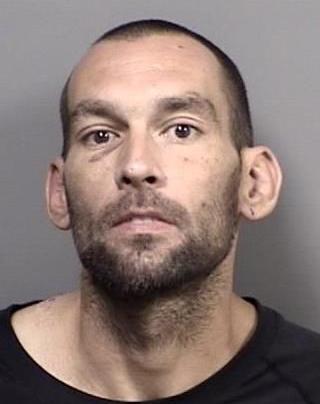 Jablonski must serve at least 10 years of his punishment as a minimum-mandatory term.

Along with stealing from properties, Jablonski, who is homeless, also struck a person during one of his burglaries, and also armed himself with a firearm during another.

While already in custody, Jablonski was arrested May 27 for allegedly breaking into an Inverness home by breaking off its padlock.

Cadavieco told Howard Jablonski’s latest arrest was due to the Florida Department of Law Enforcement recently finding Jablonski’s DNA on a cigarette butt investigators found in the home.

Cadavieco said it’s the intent to have Jablonski serve a 15-year sentence for the offense as well, simultaneous or concurrent to the one he just received.

Tenants at the Crystal River Mall said they are being told to pack up and leave in 90 days because the place is close to being sold.

Rashid Minhas said he spent $25,000 last February moving all his vaping products and related merchandise into a spot inside the Crystal River Mall.

But Minhas, manager of XL Vape, said the mall manager told him Friday morning to find another location because within 90 days he will have to vacate the premises. Minhas said he was told to expect a formal letter to that effect next week.

Reluctantly, Minhas is looking for a new storefront somewhere in the county.

Minhas said the scuttlebutt among the tenants is that there is a deal imminent with a developer to tear down the mall and build either apartments or a hotel. But he can’t get a straight answer out of the mall manager and it’s adding to the tension among store owners, he said.

“What are they hiding?” he asked. “Just let us know so we can prepare.”

Mall manager Millie Bresnahan would not comment beyond saying a deal has not yet been closed.

Crystal River City Manager Ken Frink said Friday morning a mall tenant reached out to him about a possible sale but he has not heard back from Bresnahan.

“We are excited from the city standpoint to work with the new owners and look forward to helping however we can and are appreciative of their investment,” Crystal River Mayor Joe Meek told the Chronicle Friday.

Delisa Dove, administrator at Citrus Sports & Apparel, said Bresnahan told them the mall was being sold and the tenant must be out by the end of August.

“She basically told us she can’t disclose any information on the actual sale,” Dove said.

None of the tenants contacted by the Chronicle are surprised by this development.

A much-publicized mold problem in 2016 caused a drop-off of business and was a major public relations mess.

One reason cited for the mall’s attendance drop-off is the expected residential housing development and commercial growth north of the mall that never materialized. Instead, growth moved to the center of Crystal River.

The rise in online shopping has caused malls nationwide to either close or reinvent themselves.

Andrea Terlunen, manager of Coastal Creation, which opened four years ago inside the mall, said she too heard tenants will get the dreaded vacate letter but she understands they will only get 60 days to move out.

The owner of her shop owns three other stores at the mall.

“It’s sad,” Terlunen said. “We were hoping they would keep this open.”

The Atlantic hurricane season is underway with the potential for a tropical storm targeting Florida from the tip of Mexico and making Florida landfall early Saturday.

The National Weather Service issued a tropical storm warning for the southern portion of Florida predicting the storm to hit Florida in the Naples area, sweep across Florida, and enter the Atlantic along West Palm Beach and Fort Lauderdale.

Agency meteorologist Ernie Jillson told the Chronicle that the storm has the potential to become a tropical storm given enough wind speed. Jillson also said that the National Weather Service weather planes still have not identified the center of the storm, which would help in tracking.

When a tropical cyclone has wind speeds that strengthen to 39 mph, the cyclone becomes a tropical storm and named. When the winds exceed 74 mph, the storm becomes a hurricane.

Meanwhile, Jillson said Citrus County will not be affected much by the potential tropical storm unless it breaks more north. It will leave Florida late Saturday morning, he said.

Citrus County is still expected to see 15 mph-20 mph winds and about half an inch of rain, according to Jillson.

If the storm stays on course, and doesn’t significantly impact Citrus County, “it is still helping to feed more moisture into the atmosphere (here),” Jillson said.

At this point there’s nothing to suggest it will change course, he said, but the course is still a little difficult to predict because the National Weather Service hasn’t found a center.

“(Meteorologists) have trouble tracking something that isn’t really there yet,” Jillson said.

According to the national Weather website, the storm will hit Florida with about 40 mph winds. There may be flooding in the Florida Keys.

But for the storm to effect Citrus County, it would need to move toward the Tampa area, Jillson said.

Citrus County will have a 40 percent chance of rain and thunderstorms Saturday.

Although the storm will have little effect on us here, the University of Florida’s Institute of Food and Agricultural Sciences urges county residents prepare now for hurricane season, if they have not already.

IFAS, a combined federal, state, and county agency, provides a website with hurricane preparedness tips. The website is: https:// disaster.ifas.ufl.edu/health-home--pets-/

The website discusses how to make a disaster preparedness kit that includes such things as bug spray and sun screen, hand sanitizer, blankets and pillows.

The website also includes information about making sure family members communicate and make agreements about where to meet before or after a hurricane hits, who will pick up children from school, and creating information cards with contact telephone numbers and addresses.

After the state threatened to impose a $27.5 million fine, Gov. Ron DeSantis said Friday that the Special Olympics USA Games will not have a COVID-19 vaccination requirement next week in Orlando. 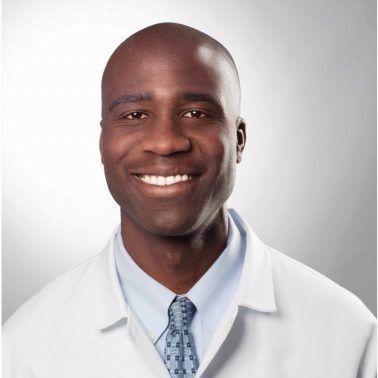 The Florida Department of Health sent a notice Thursday to Special Olympics International threatening to assess the fine for 5,500 violations of a state prohibition on vaccination mandates. Florida Surgeon General Joseph Ladapo, who doubles as secretary of the Department of Health, said the state had worked with Special Olympics officials for six months to resolve the vaccination issue.

“How can you force people to take a vaccine in order to stop transmission when that vaccine is not effective at stopping transmission?” Ladapo said during an appearance with DeSantis in Orlando.

DeSantis and Ladapo have long criticized COVID-19 vaccination requirements. Florida lawmakers last year made permanent a ban on so-called vaccine “passports.” That followed DeSantis issuing an executive order to prohibit businesses from requiring people to show they had been vaccinated to gain entry. The law authorized the department to impose $5,000 fines per individual required to show proof of vaccination.

The Department of Health letter pointed to 5,500 people being required to show proof of vaccination to gain entry to the games. The federal Centers for Disease Control and Prevention says vaccines help protect people from getting seriously ill or dying from COVID-19.

The U.S. Department of Health and Human Services on Thursday released data that showed 2,806 Florida hospital inpatients had COVID-19, up from 2,352 a week earlier. The data also showed that 218 patients with COVID-19 were in intensive-care units, up slightly from 212 a week earlier.

Numbers of COVID-19 cases and hospitalizations have steadily increased in recent weeks, as variants of the coronavirus have developed and spread. The numbers, however, remain significantly lower than early in the year, when the highly contagious omicron variant swept across the state.